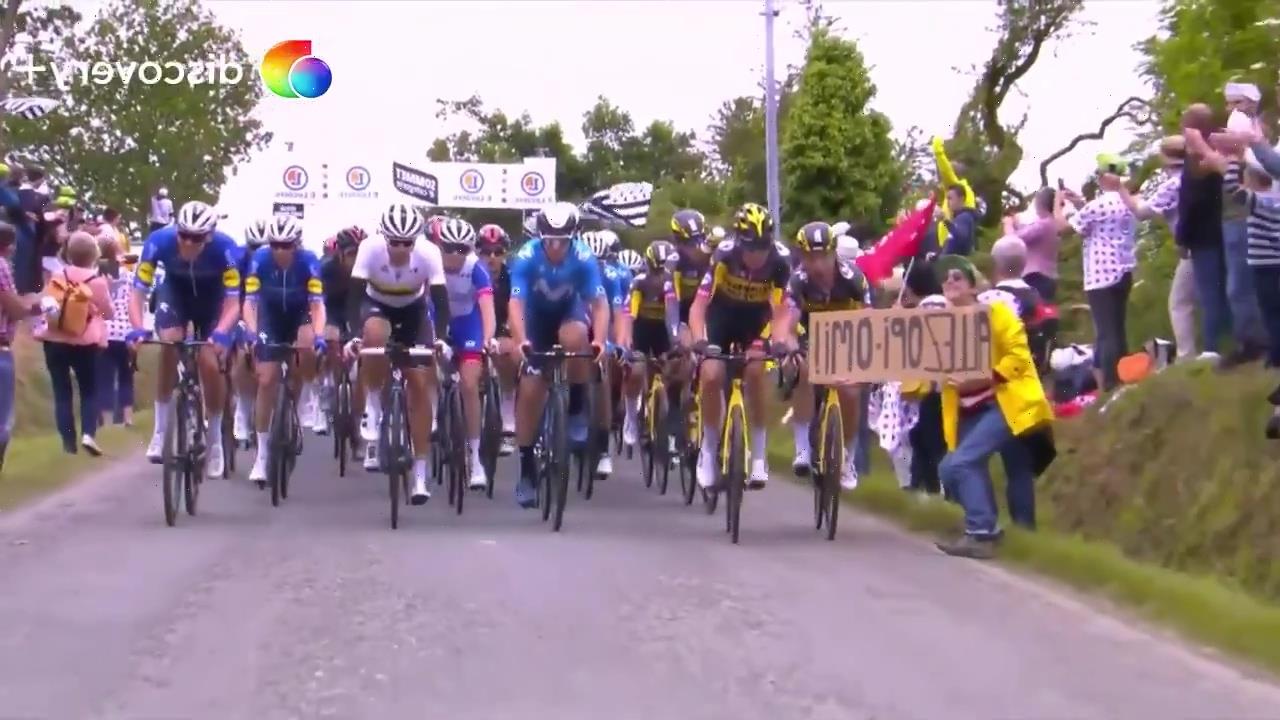 A CYCLING fan has been arrested today in connection with causing a massive crash at the Tour de France.

An unknown woman caused carnage midway through Stage One of the competition as she tried to show off a huge sign with a message for her grandparents. 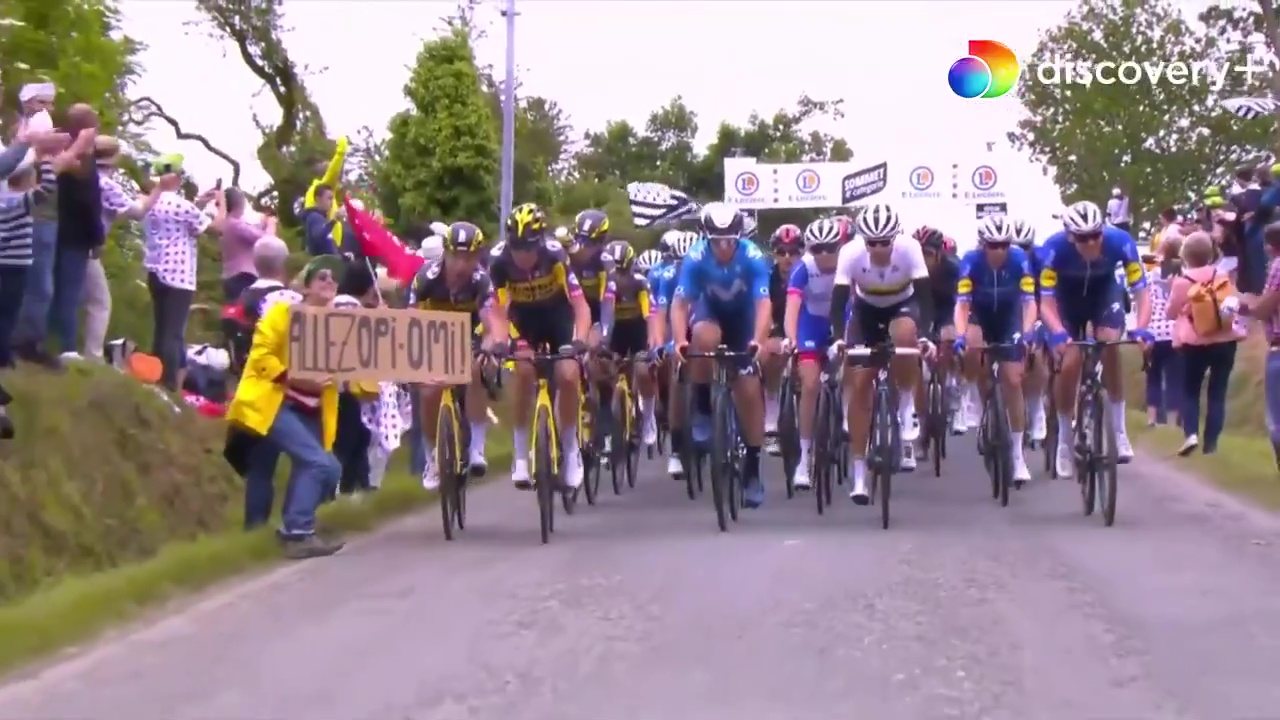 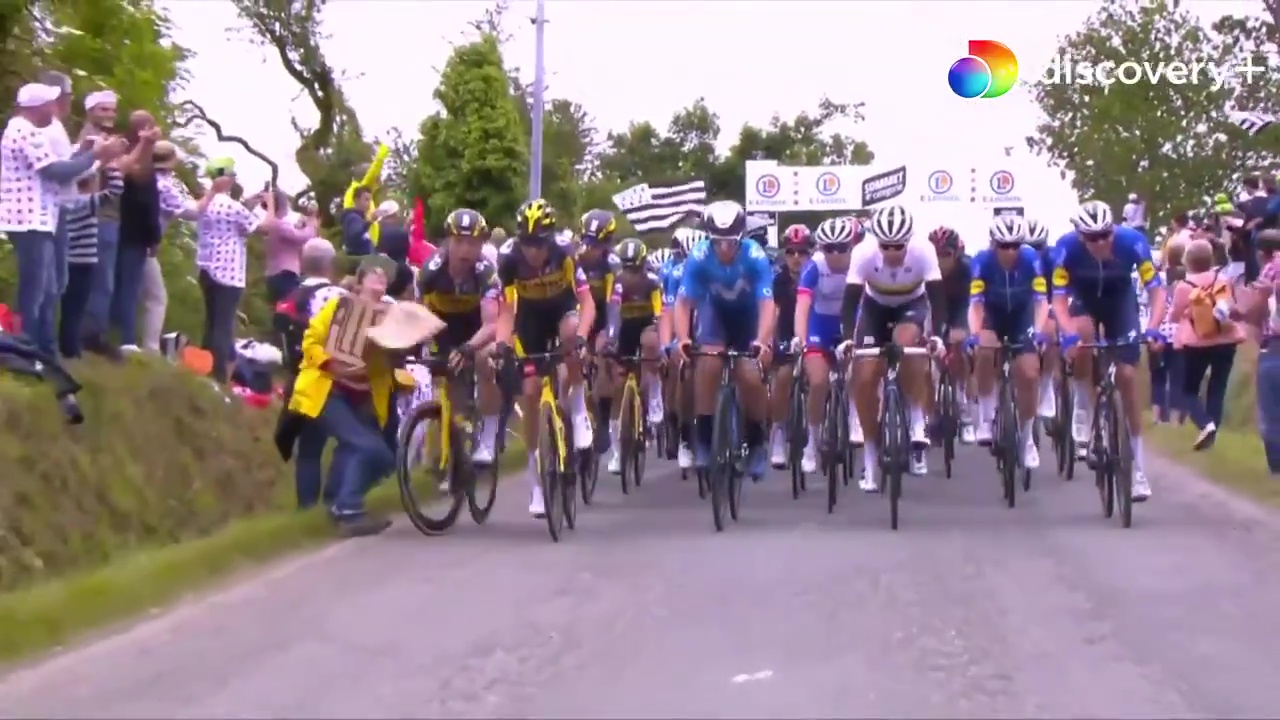 The spectator was so keen to have her homemade sign captured by the cameras she stepped onto the road and didn't look at the approaching cyclists.

In doing so, she inadvertently knocked Germany's Tony Martin off balance, causing a huge pile-up.

The daft cycling fan somehow managed to escape the scene and was said to have fled the country.

But reports have claimed a suspect connected to the incident has finally been apprehended.

According to RTL, the woman in the video was arrested on Wednesday and taken into custody in Landerneau, in north-west France.

It's not yet known if she's has been granted bail. 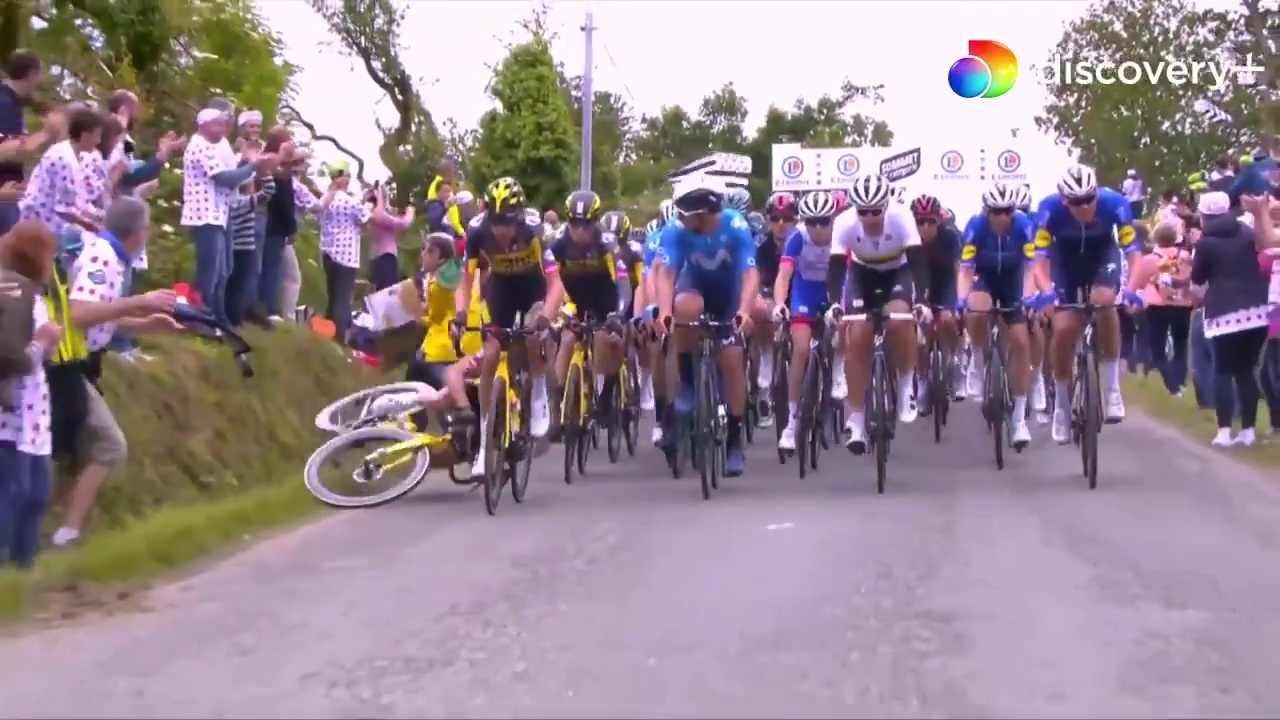 The arrest comes less than 24 hours after the Republic of Brest's prosecutor – Camille Miansoni – said of the investigation: "Things are progressing well and we hope to be able to explain this event within a reasonable time.

"After the call for witnesses which was launched in the evening, several testimonies were taken.

Prosecutors in Brittany immediately launched a criminal investigation after the accident, with a spokesman for the Finistere Gendarmerie urging the public to help turn in the suspect.

They said: "The spectator who caused this accident left the scene before the arrival of the investigators.

"Everything is being done to try and find her. She was wearing glasses and dressed in blue jeans, a red and white striped sweater, and a waxed yellow jacket." 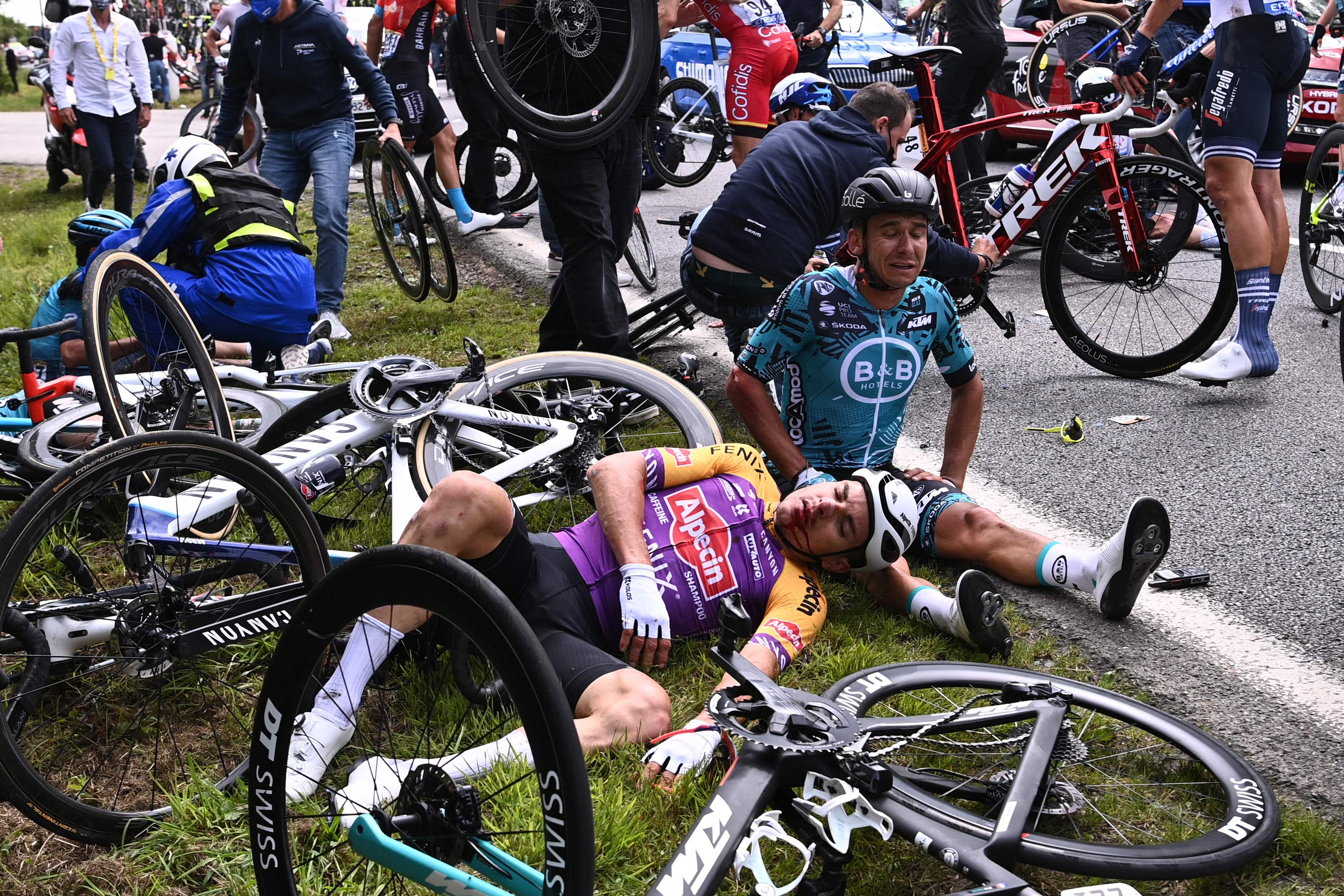 Tour organisers were left seething by the crash, so much so they intend to take legal action against the woman.

Deputy director Pierre-Yves Thouault told AFP. "We are suing this woman who behaved so badly.

"We are doing this so that the tiny minority of people who do this do not spoil the show for everyone."

Remarkably, the horrific crash resulted in no life-threatening injuries – although 21 of the riders were affected by the pile-up.

Ignatas Konovalovas, Cyril Lemoine, Marc Soler and Jasha Sutterlin were all forced to retire from the race due to the injuries they sustained.

Lemoine picked up the worst of the injuries, breaking four ribs in addition to suffering a moderate pneumothorax and a head wound.

Furious riders even staged a protest on Stage Four of the race, coming to a halt mid-race to show their anger at dangerous racing conditions.