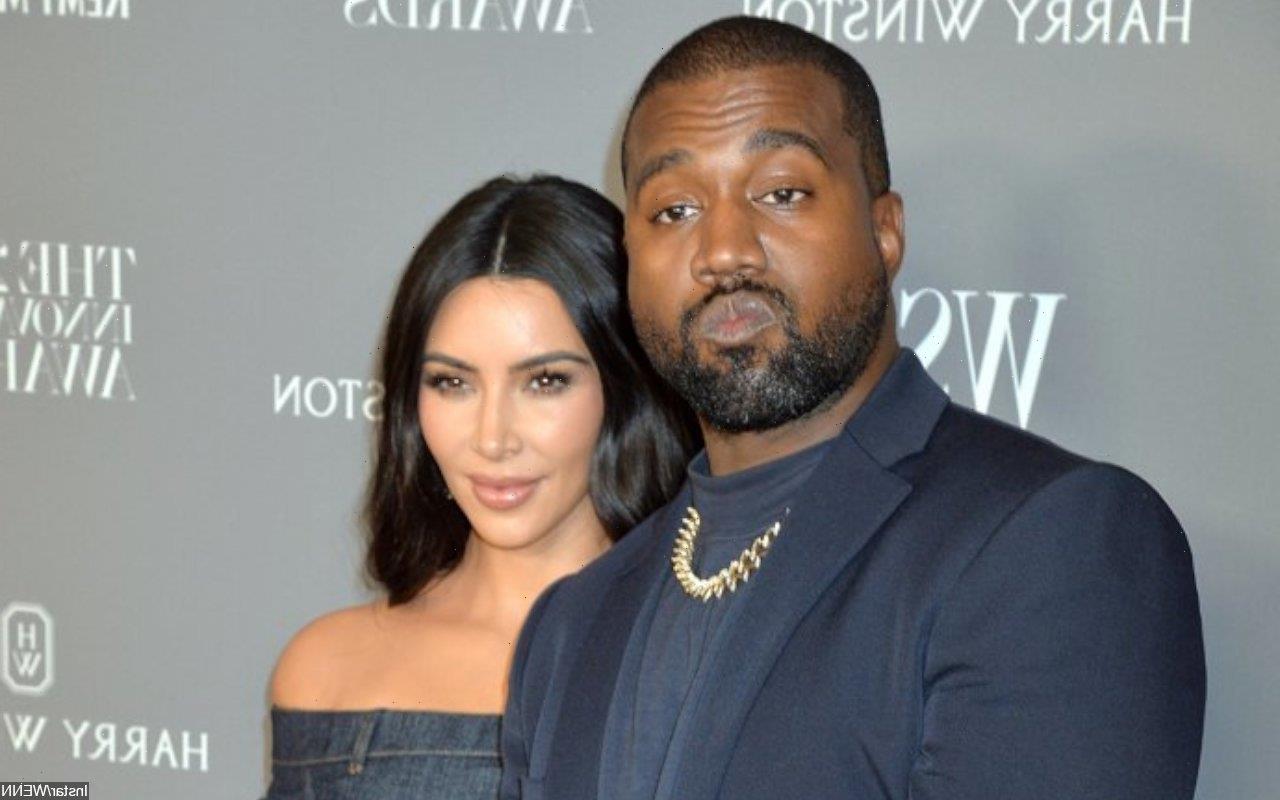 People notice that in ‘Lord I Need You’, Ye may be alluding to his estranged wife cheating on him on the emotional song that sees him rapping about his relationship with the SKIMS founder.

AceShowbiz –Kanye West continues to spark conversations following the release of his much-anticipated album “Donda”. As fans continue listening to the project, they are convinced that Ye was hinting at Kim Kardashian‘s infidelity in one of the songs in the set, which was released on Monday, August 30.

People noticed that on “Lord I Need You”, Ye might be alluding to his estranged wife cheating on him on the emotional song that saw him rapping about his relationship with the SKIMS founder. On the said song, the “Gold Digger” spitter raps, “When you said give me a ring, you really meant a ring, huh? Turned out to be more than just a fling, huh?” He goes on to spit the bars, “Three hours to get back from Palm Springs, huh? Who you know spend an hour in Walgreens, huh?”

The Walgreens lyric raised people’s eyebrows, prompting fans to come up with speculations of the origin of the lyrics. Some people believed that Kanye tried to say that the former “Keeping Up with the Kardashians” star lied about going to pharmacy when she was actually spending time with another man.

“Does Kanye really think Kim cheated because she spent an hour at Walgreens??” one person tweeted. Another fan added, “So apparently Kim & Kanye argue about her disappearing to Walgreens! It’s the normal relationship drama for me! #DONDA #theshaderoom #kimandkanye.”

However, some fans thought the “Jesus Is King” artist was being dramatic over his cheating assumption. “Not Kanye thinking Kim cheated cuz she spent an hour in Walgreens,” a user tweeted alongside crying and laughing emojis. Echoing the sentiment, another fan wrote, “Kanye thinking he’s being cheated on but doesn’t realize that an average woman can spend HOURS at Walgreens, not just one hour.”

Kim has yet to comment on fan-theory about Kanye accused her of cheating on the song.