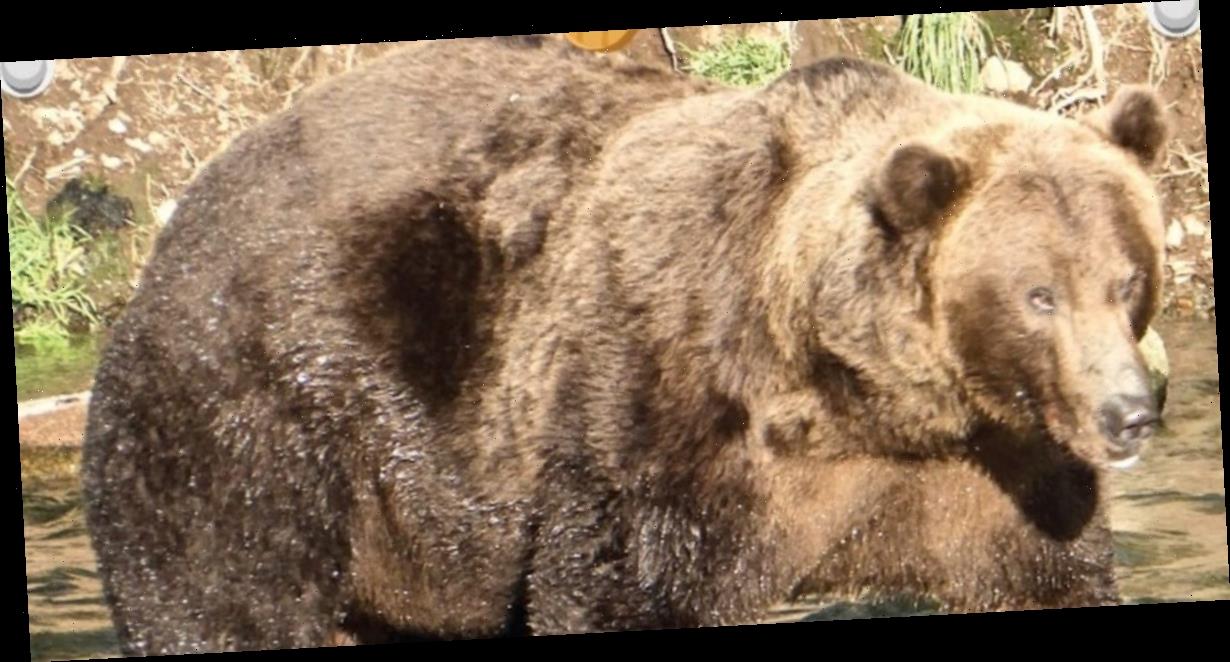 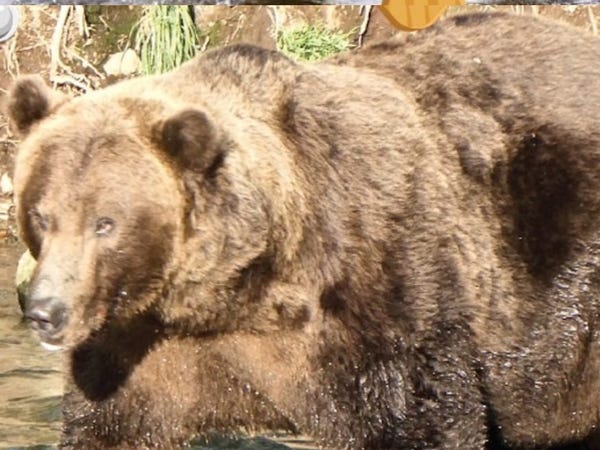 The leaves are changing, pumpkin spice is everywhere — it's fall. That can only mean one thing: Fat Bear Week at Katmai National Park and Preserve is back.

Every year, the Alaskan park creates a competition that pits its chunkiest bears against each other to celebrate their success at gaining weight for the winter. No fat-shaming allowed. In fact, we're celebrating how many pound these big boys have put on this summer.

Keep scrolling to meet this year's bears and follow along with the competition.

It's fall, which can only mean one thing: It's Fat Bear Week at Alaska's Katmai National Park and Preserve. Here's last year's winner, 435 Holly. 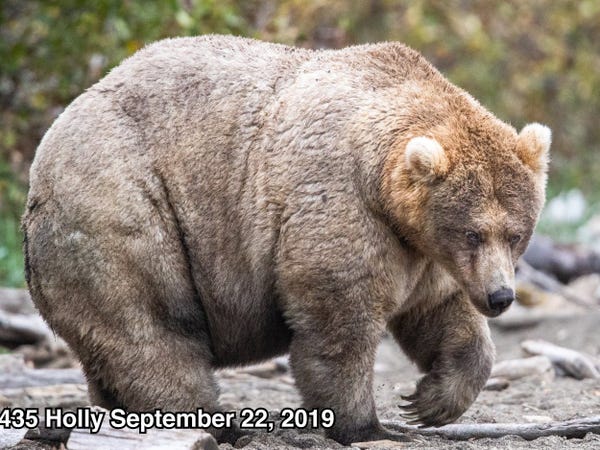 Every year, Katmai National Park celebrates just how thick its grizzly bears have gotten in preparation for hibernation. The park creates a bracket to determine the fattest bear of the year.

Each day, between September 30 and October 6, fans decide which of two bears is the fattest. They can vote on the park's website. Only the winning bears from each day will continue in the competition. 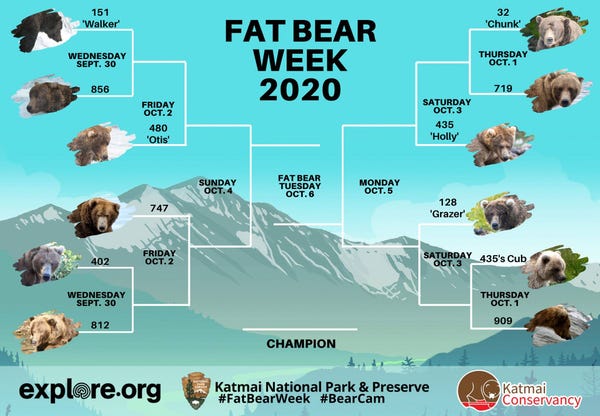 The park has so far released information and images about four of the competitors. More bears will be added over the next three days until there are 12 competitors in all.

One of the first contenders is 151 Walker, who definitely has some junk in his trunk. These photos show how much weight he's gained in just a few months. 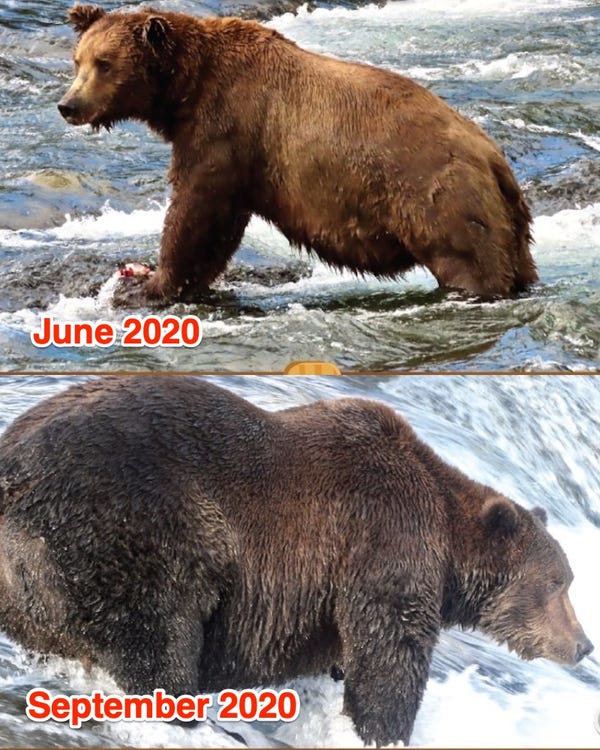 The Katmai page explained that Walker sometimes gets picked out of the prime fishing spot by his competitor in this round, 856.

He's up against 856, who Katmai called a "dominant doge." 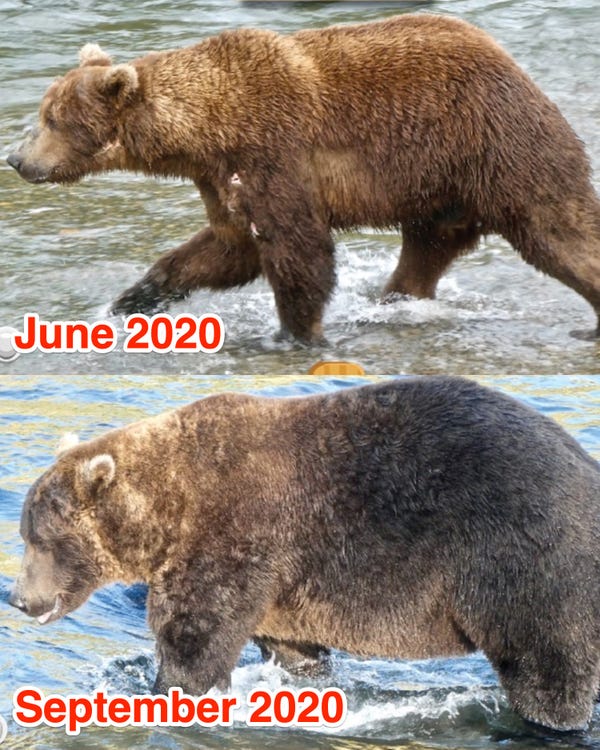 According to Katmai, 856 uses "his overbearing obesity" to stake out prime spots for fishing. Will he push out the competition yet again? Only time will tell.

Fans can choose who they think is fatter — 151 or 856 — on September 30. Only one will continue in the competition.

The other match-up on September 30 starts with the hefty 402. 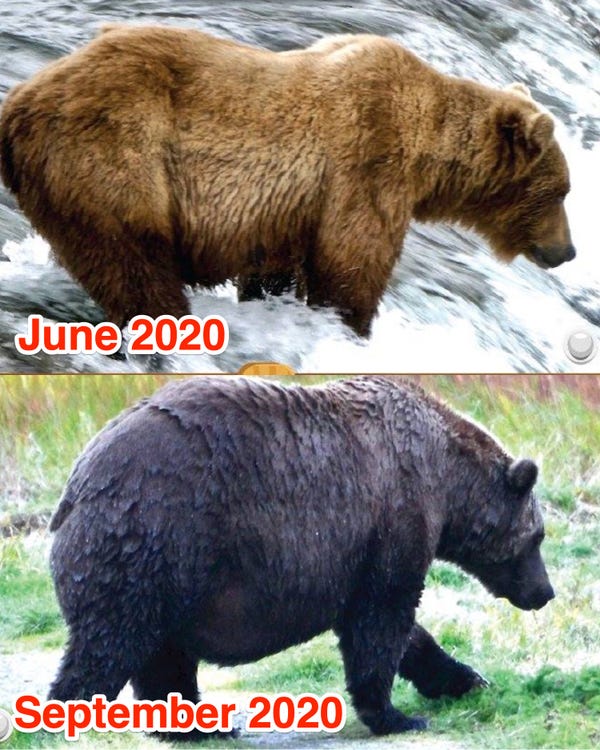 402 is definitely a mama bear, but this year she stayed single. As the song goes, girls just wanna have fun … and gain upwards of 100 pounds for winter.

Her opponent is her son, 812, an undeniable chonk of a bear. 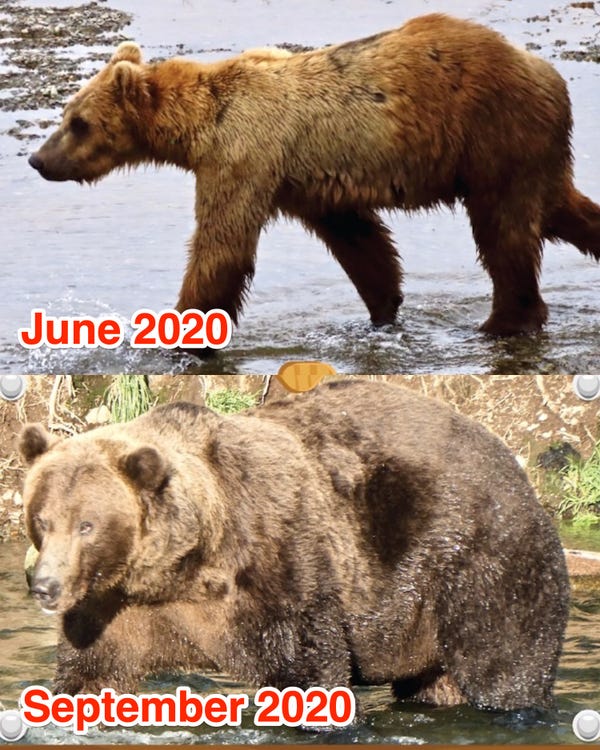 You can select who you think is the fattest on the park's website — check back tomorrow to see who's advancing in the competition, and to see the rest of the chubby competition.

#ENDSARS: one woman's must-read eyewitness account from the frontline in Nigeria

#ENDSARS: one woman's must-read eyewitness account from the frontline in Nigeria