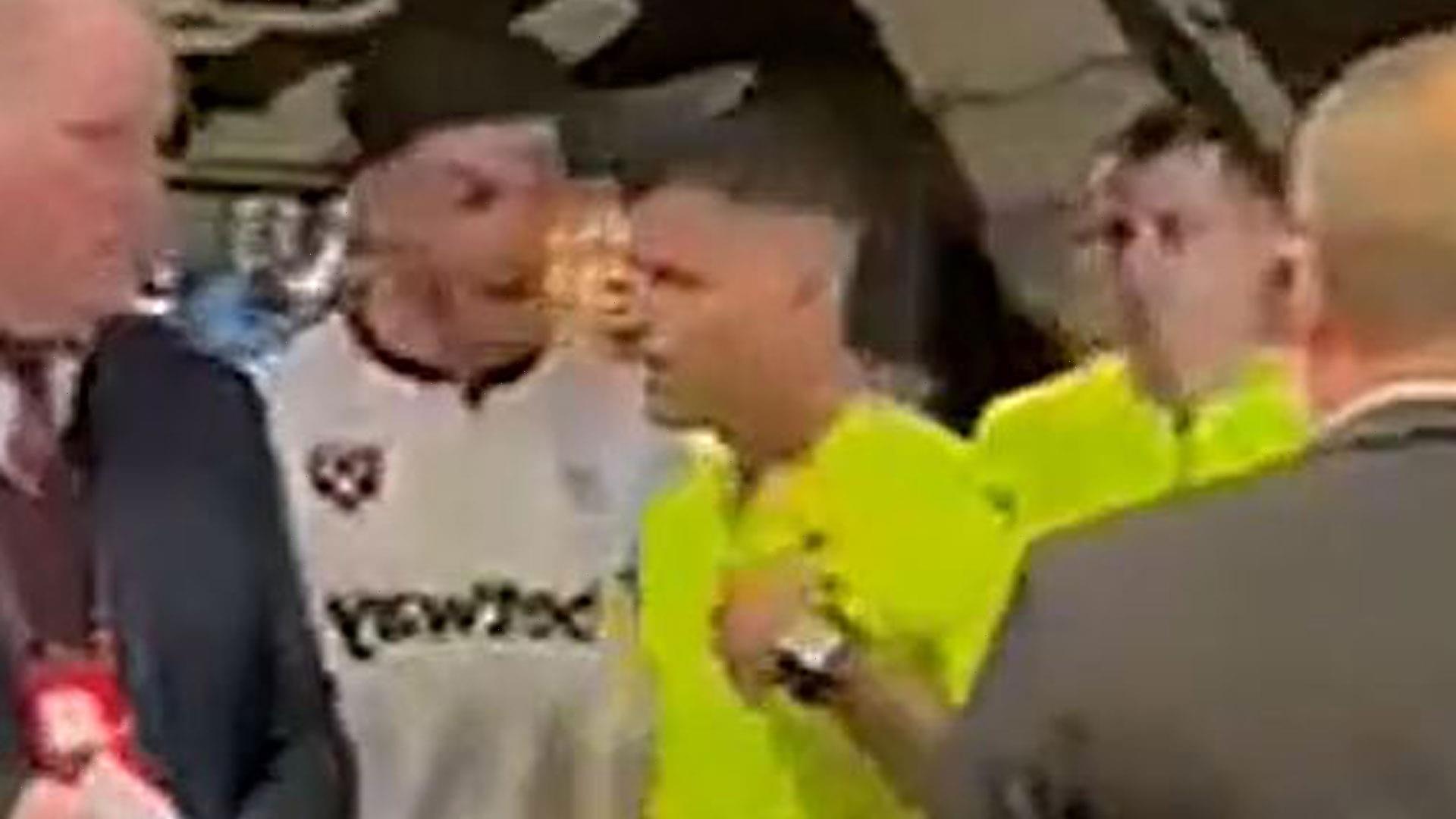 DECLAN RICE is facing a three-game Uefa ban after explosively accusing officials of being "corrupt" in the tunnel during West Ham’s defeat at Eintracht Frankfurt.

Aaron Cresswell was sent off and boss David Moyes dismissed to the stands as their European dreams came to an end. 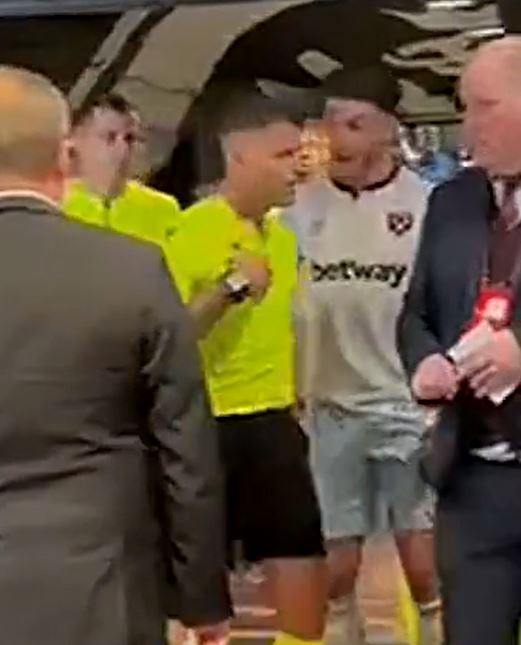 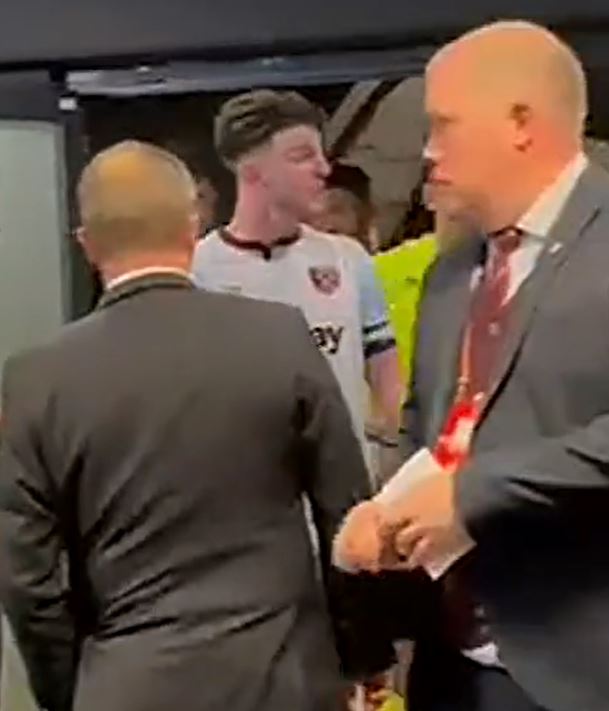 West Ham were beaten 1-0 on the night and 3-1 on aggregate in front of a white-hot atmosphere at the Deutsche Bank Park in the Europa League semi-final.

And their star midfielder exploded at the match official inside the tunnel and now looks set to face Uefa action.

Tunnel cam footage has now emerged from the clash and shows the furious Rice confronting the Spanish referee Jesus Gil Manzan outside the changing-rooms – although it is unclear if it's at half time or after the final whistle.

The England ace blasts: “Ref! Ref! it is so poor. All night, it is so bad. How can you be that bad? Honestly.

He then turned to walk away and added: “You’ve probably been f***ing paid. F***ing corruption.”

Rice, 23, will almost certainly be disciplined by Uefa following his shock outburst and is likely to face a fine and/or ban.

Uefa Disciplinary Regulations state that the punishment for insulting an official is a three-game ban – and if given that will roll over into next season.

Uefa are aware of the clip and are waiting on the referee's match report before deciding whether to take any action against Rice while Sun Sport have approached West Ham for comment.

Rice, who has been linked with a move away this summer, was still seething when he faced the media after the incident as he claimed the match officials were "against" West Ham.

On how tempers flared at the end of the game, Rice told BT Sport: “I think it’s an overlook of the whole game and the decisions that were made, to be honest.

“The sending-off was probably a sending-off, looking back at it, but some of the other decisions were poor tonight. Nothing seemed to go for us.

“The ref seemed to make every decision go for them and in the end, when you’ve got someone who is against you, you can’t really do much.”

Meanwhile Moyes is facing a Uefa bench ban after his red card which will come likely into effect next season.

Under Uefa regulations, every red card is assessed for punishment by a disciplinary committee.

The committee also studies the official reports by the referee and the Uefa match delegate.

All red cards carry an automatic one match ban, with each case viewed independently.

And that means Moyes could be banned from the bench for the start of West Ham’s next European campaign.

That would see West Ham playing in the Conference League next term.

And a likely two-match ban for Moyes would prevent him being involved for either leg of the August play-off round when West Ham will be expected to earn their place in the group stage.