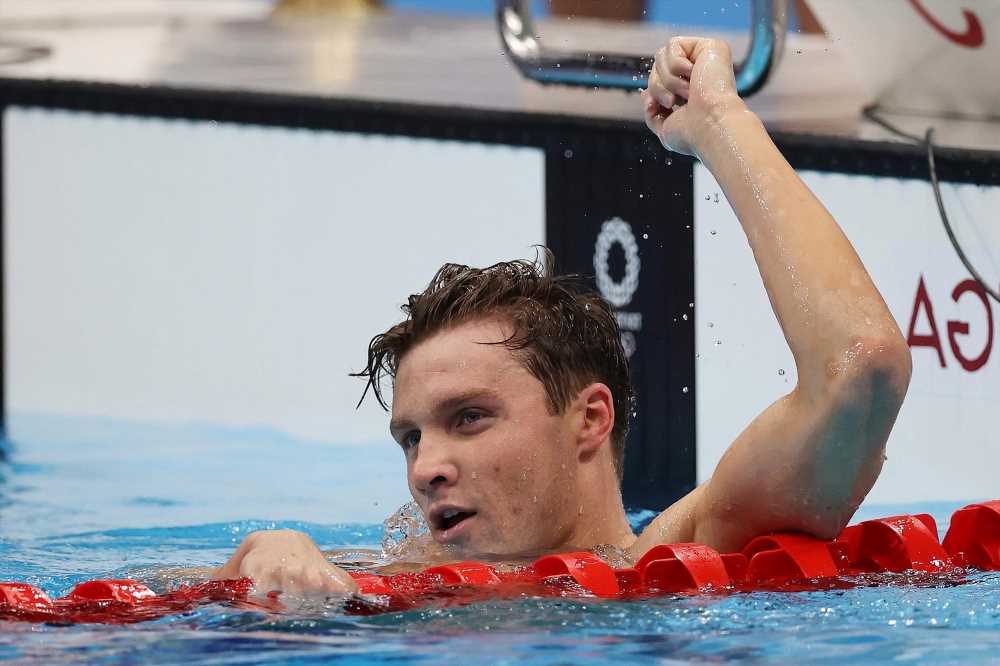 The American won his second gold medal of the Tokyo Olympics with another strong finishing kick.

Just as he did in winning the 800-meter freestyle, Finke stayed closed throughout the 30-lap race and turned on the speed at the end. He touched in 14 minutes, 39.65 seconds.

The top four were close nearly the entire race, often separated by less than a second at the turns. But that was right where Finke needed to be. After his closing lap in the 800, he knew he had the speed at the end to beat everyone else.

Finke has been perhaps the biggest American surprise at the pool. Relatively unknown before the U.S. trials, he become the first American male to win the 1,500 since Mike O’Brien at the 1984 Los Angeles Games.