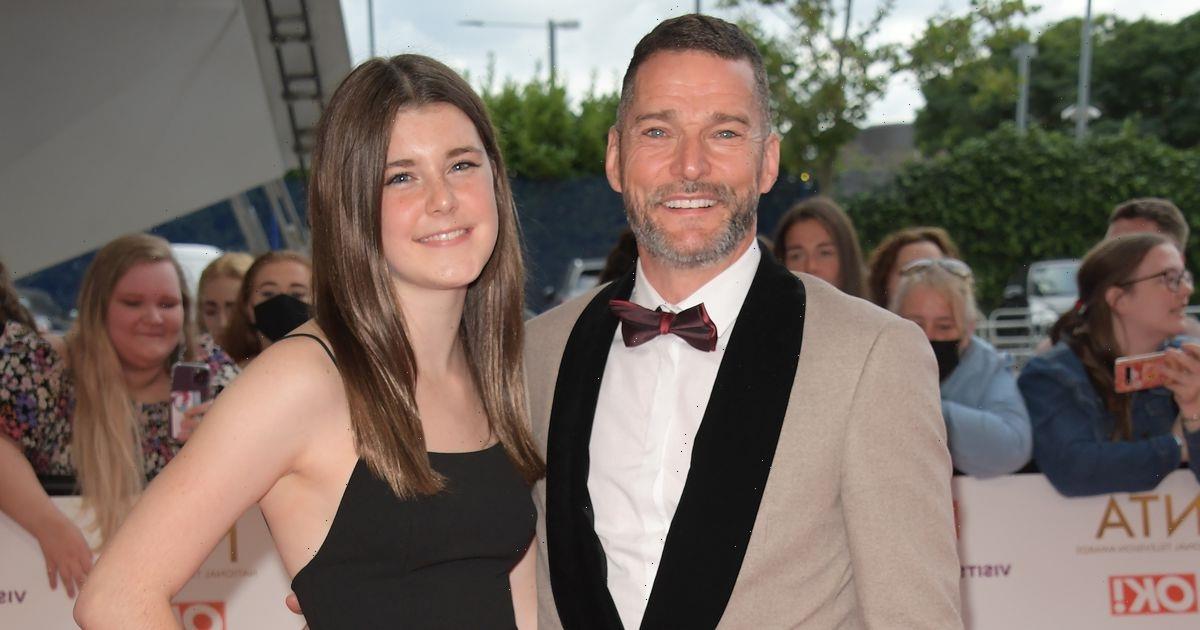 Fred Sirieix was suited and booted for the National Television Awards 2021, and walked the red carpet arm in arm with his teenage daughter Andrea Spendolini-Sirieix.

The 49 year old TV star, best known for being the maître d on Channel 4's First Dates, isn't the only celebrity in the family, as his 16 year old daughter is an Olympic athlete.

He paired the tuxedo jacket with a crisp white shirt and a colourful bow-tie.

She donned a bright red pedicure for the star-studded event, which is sponsored by OK! this year, and had minimal makeup on as she beamed for the cameras.

Fred and Andrea had their arms around each other as they posed for pictured whilst walking the red carpet at the awards, which kicked off at 7:30pm tonight, September 9.

The 2021 NTAs are taking place at London's O2 Arena in North Greenwich, and the event is hosted by comedian Joel Dommett.

This year sees a record amount of streamed TV shows nominated for awards, as Netflix's Bridgerton makes the Best New Drama shortlist, with both Ricky Gervais' After Life and teen comedy drama series Sex Education up for awards too.

Plenty of TV favourites such as I'm A Celebrity… Get me Out of Here!, RuPaul's Drag Race and Strictly Come Dancing are all competing for the Talent Show award, but First Dates has failed to be nominated for any awards this year.

However, Fred was all smiles as he attended the bash, looking every bit the doting dad.

Olympian Andrea isn't normally seen glammed up, and not many realise she is the TV personality's daughter.

Earlier this year, Andrea was selected for Team GB's diving team, and proud dad Fred couldn't help but gush over his daughter as she headed to Japan to compete in the Tokyo 2020 games.

He took to social media to share snaps of Andrea stood poolside in her swimming costume to congratulate her on her achievements.

Fred writing alongside the post: "Good luck mon [duck emoji] we are all so proud of you."

He concluded: Have fun," alongside a red love heart emoji.