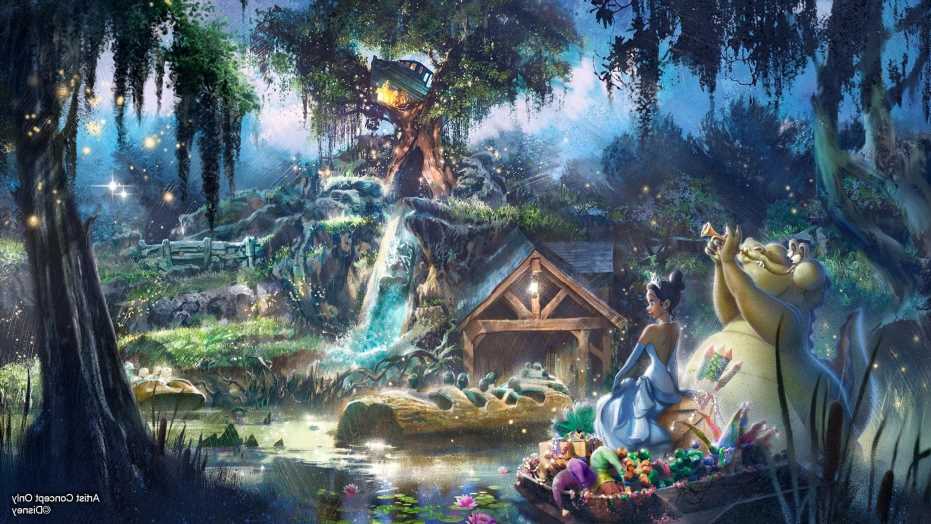 DISNEY has revealed more details about the new attraction themed to the 2009 film The Princess and the Frog.

In June 2020, the company announced Splash Mountain would be re-themed to reflect the story of Princess Tiana and her friends. 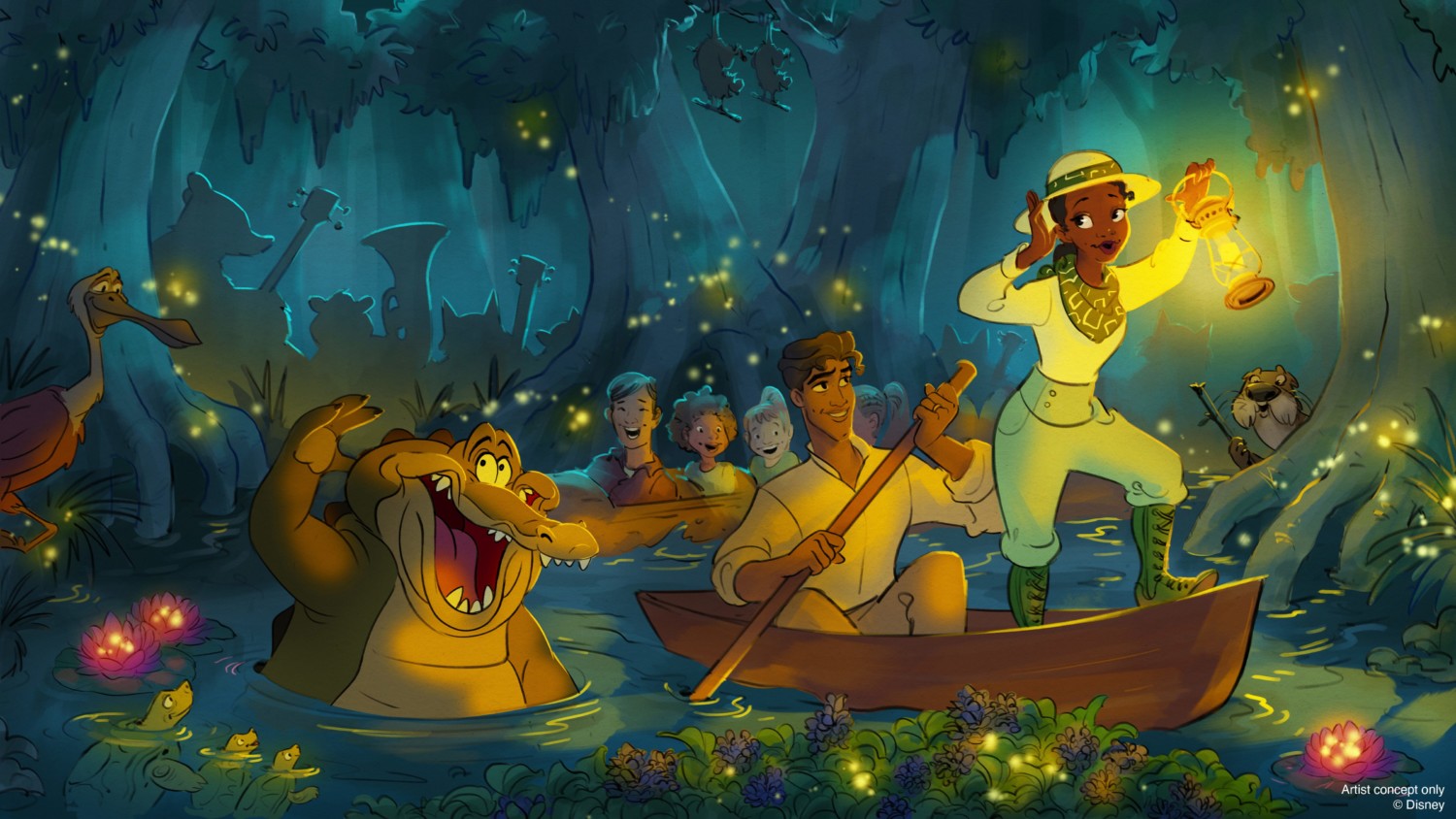 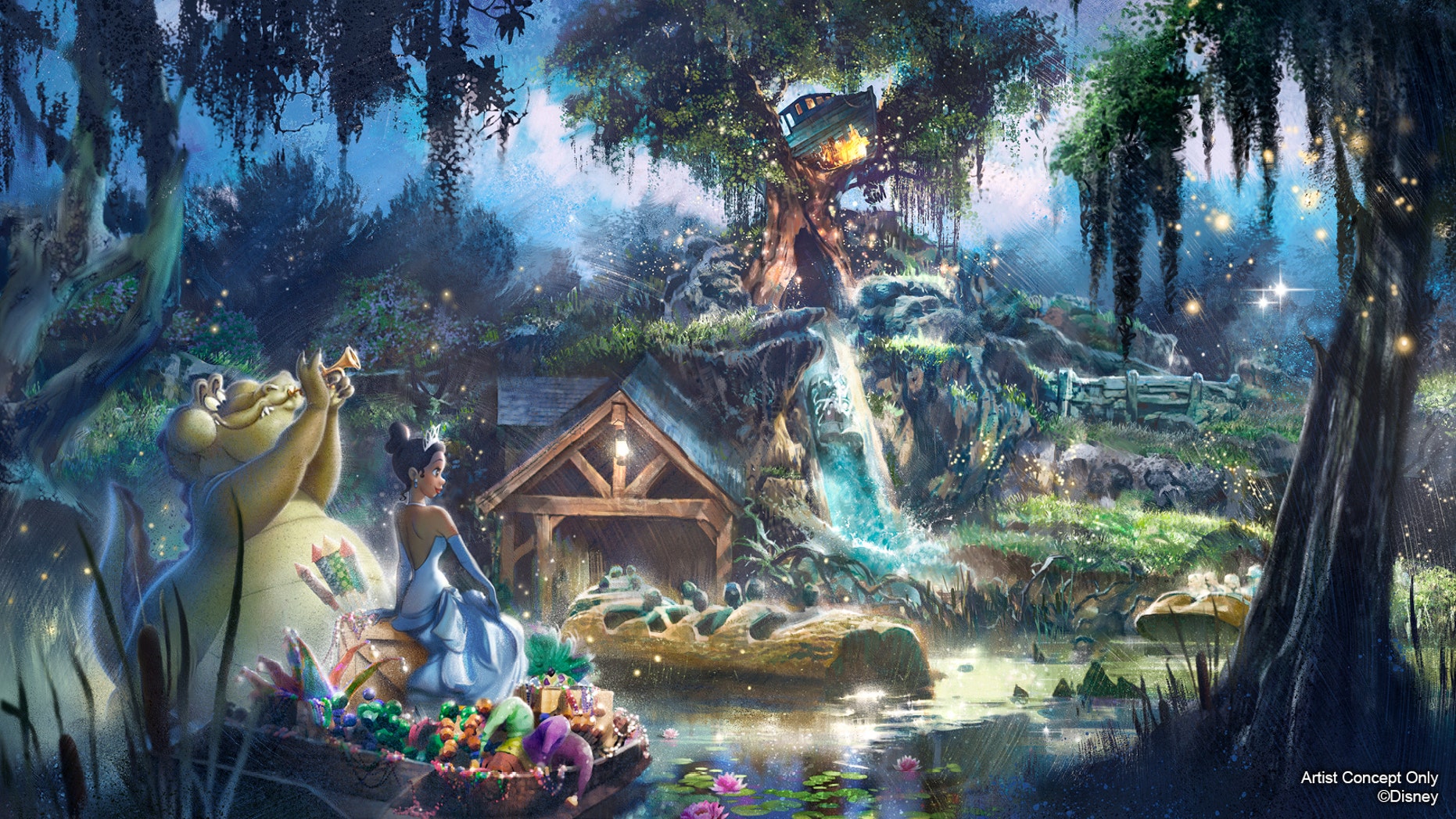 On Monday, Disney shared with FOX News updates and the first look at a new rendering of the attraction as well as the art that has served to inspire the Imagineers as they develop a storyline.

In the rendering, there are familiar faces like Tiana and Louis in addition to new ones who are yet to be introduced.

Tiana, guests will see, is wearing trousers – a departure from her usual look, for her "adventure in the bayou," says Charita Carter, Senior Producer for Walt Disney Imagineering.

The attraction picks up after the final kiss from the film as Naveen and Louis join Tiana on her latest adventure, hosting a "one-of-a-kind" Mardi Gras celebration.

When speaking to the ride's technology, Carter called the approach to audio-animatronic figures, scenic illusions and visual effects a way to "change the game."

She explained: "We as the guests are active participants in this adventure.

"The adventure ends with the ultimate Mardi Gras party because if Tiana is throwing a party, it's the ultimate party."

The re-themed attraction from Splash Mountain had been planned since at least 2019.

Original music inspired by songs from the film will bring guests into the story, with new characters to meet too.

Disney is yet to announce when the ride will open.

Disney cast members have been revealing secrets of the park including how to make rides faster and how to get banned.

Or, get the best job in the world as a Disney Imagineer, which includes going on the rollercoasters all day long.

Here are the latest Disney World package holiday deals for 2022 with freebies and extra discounts. 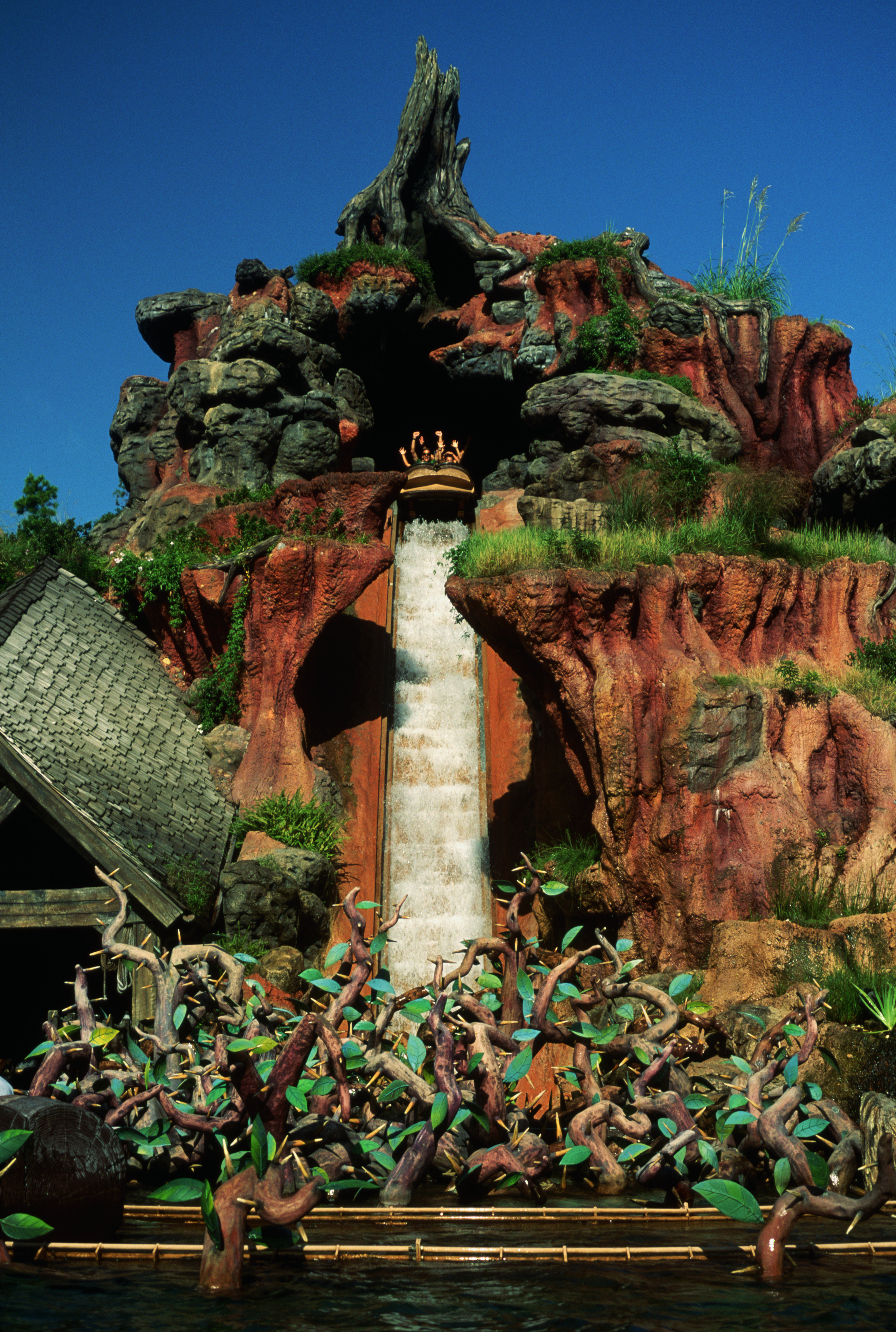 A version of this article was originally published by Fox News and has been reproduced with permission.