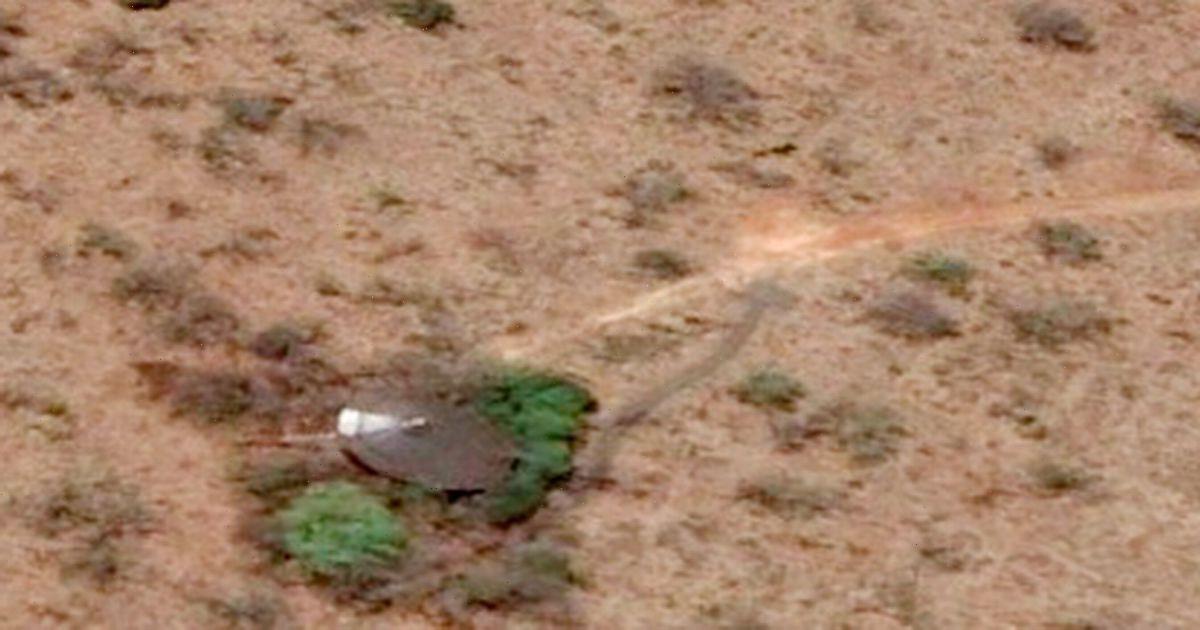 There are plenty of weird sights that have been caught on Google Maps cameras and uploaded to the Google Maps function, from drunken street fights to people dressed in funny costumes.

Sometimes these pictures are doctored to give people a good laugh, while on other occasions people catch wind of Google’s cameras coming to their local area, so they decide to play a prank for the world to see.

But some images snapped by the cameras are a little difficult to explain, especially those supposedly showing UFOs, crop circles, alien crash sites and even alien air bases that can be seen either via street view or from a bird's eye position.

Here are five Google Maps images that have put UFO conspiracy theorists on high alert, with some taking them as proof of the existence of aliens.

1) Round circle off coast of Peru

A circular shaped object spotted lurking on the seabed off the coast of Peru, along a series of large geoglyphs built by the Nazca people nearly 2,000 years ago. The circle is about 4.2 miles in diameter and is approximately 352 miles off the Peruvian coast.

Conspiracy theorists have spotted what appears to be the site of a triangular alien spaceship crash in Antarctica. The snow around the supposed spaceship looks dented and as if something has slid into it.

A small grey and white object was seen flying eastwards over Tahoe City, California towards the secretive Area 51 air base in Nevada. Though Area 51 is 300 miles from the spot the UFO was captured, the region is known for a lot of strange happenings linked to alien conspiracies.

Hidden in the desert of Sterkfontein DMA, South Africa, is a large metal disc that really fits the traditional description of a flying saucer. The object can be seen seemingly parked on some bushes in the middle of nowhere, with what looks like a trail of sand behind it.

The internet is awash with conspiracy theories linking aliens to the construction of the pyramids in Egypt, and every now and again, aliens are believed to revisit the site in Giza. Although the picture is not clear, the oval-shaped object appears to be too big to be a drone, and does not have wings like a plane.