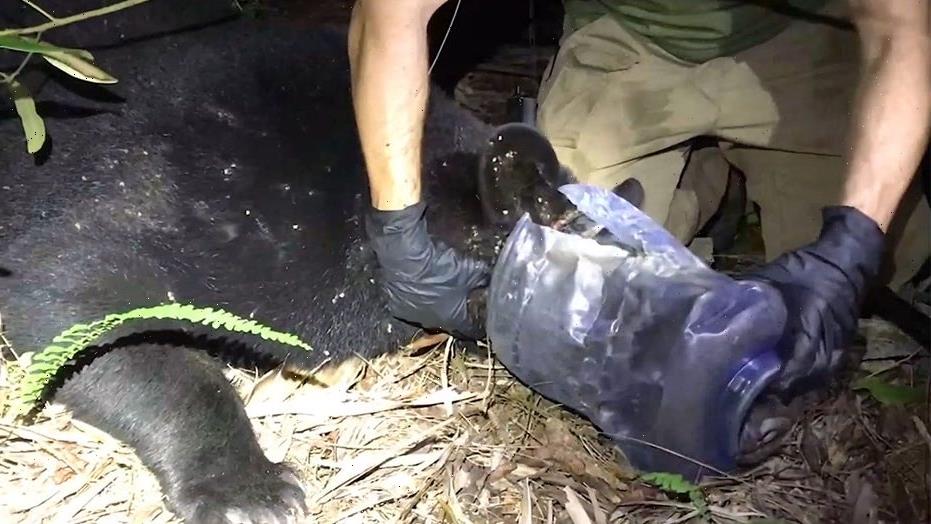 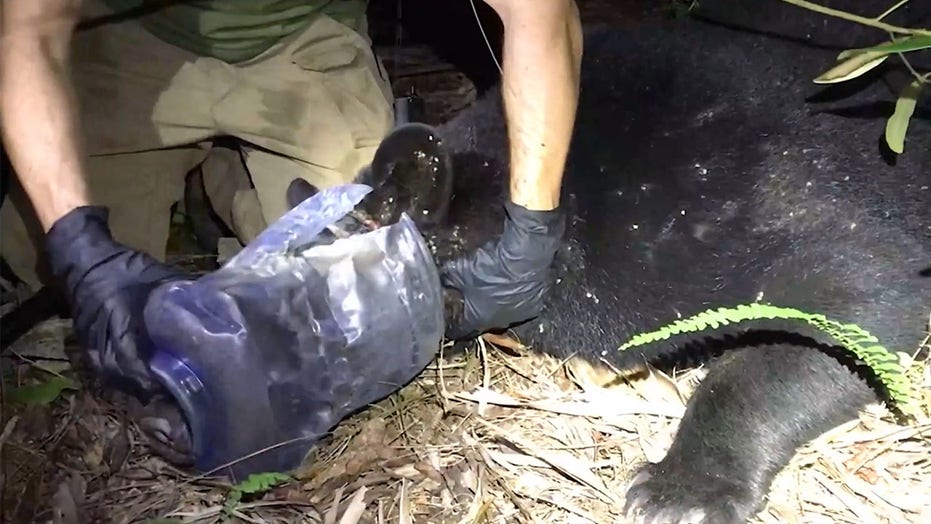 The Florida Fish and Wildlife Conservation Commission announced that after nearly a month, a bear that had a plastic container stuck on its head has been freed. Fortunately, the animal appeared to have only suffered minor injuries.

“Finally, the bear was spotted on a resident’s security camera, still wearing the container on its head,” FWC wrote on Facebook. “Staff set new traps and started night patrols of the neighborhood. They finally spotted the 250lb female bear just before midnight. The bear biologist darted her and removed the plastic container from around her face.”

Officials theorized that the container may have been part of an automatic feeder. This is likely why the bear was able to survive for so long with its head stuck inside of it.

The post continued, “We think it was part of an automatic pet feeder due to the hole near the bear’s muzzle. Luckily that hole provided enough access to drink and eat. Even after 28 days of wearing it, the bear was still in great physical shape! She did have a wound encircling her neck and face where the feeder was stuck, but staff cleaned the injury and treated her with antibiotics.”

The post concludes by stating the bear appears to be healthy and was able to eat and drink without any significant issues.

“After a day and a half of monitoring to make sure she was healthy and able to eat and drink normally, the bear was released by staff in a secure area of Picayune Strand State Forest,” the post concluded. “A big thanks to our bear biologists, law enforcement, bear contractors, and the Collier County Sheriff’s Office for making this a success. A great deal of gratitude goes out to the residents of Golden Gate Estates for working together to rescue this bear!”