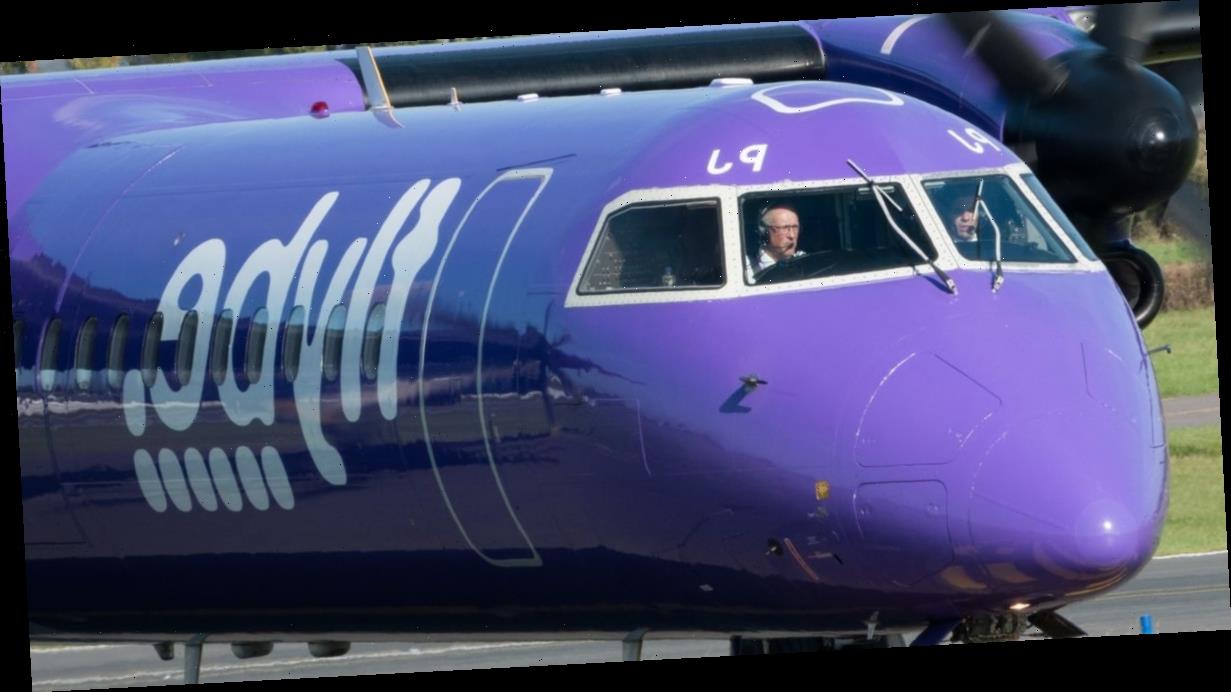 Struggling regional airline Flybe has ceased trading and gone into administration, it has been confirmed.

Chief executive Mark Anderson sent a letter to the airline's 2,000 staff late last night confirming the news, adding it was with "enormous sadness" that the company could no longer continue.

Flybe had struggled to raise funds after narrowly staving off trouble in January and bookings had severely dropped off due to the coronavirus outbreak, it is understood.

Passengers due to fly with the airline have been told to not travel to the airport unless an alternative flight with another airline has been booked.

In the hours before Mr Anderson's letter was sent, Flybe's website stopped working, just showing an error message which said the link is "no longer live".

"Flybe is unfortunately not able to arrange alternative flights for passengers," a message on the airline's website said.

Yesterday, flights from what is one of the UK's biggest airlines were grounded leaving hundreds of passengers stranded at the wrong airports as planes were impounded.

Fliers were left stuck on runways as tearful workers were told their jobs were on the line last night – while engineers in Edinburgh were reportedly already being laid off.

Accountants Ernst & Young EY will handle the administration process, with a source claiming that coronavirus was the final straw.

The airline's employees now face a nervous wait to find if the business can be saved, and experts warn a further 1,400 jobs in the wider supply chain are at risk.

It comes after crisis talks between Flybe and the government failed to yield a £100million rescue package.

The airline carries an estimated eight million passengers a year between 71 airports across the UK and Europe.

One plane flying from Birmingham to Edinburgh was unexpectedly diverted to Manchester Airport before passengers were told the company had gone bust.

One man onboard said customers were only told what happened after the plane touched down.

He said: "They didn't explain it to us at all. We landed in Manchester and the captain told us we weren't going anywhere.

"We thought we were landing in Edinburgh. The captain came out and she said that airports are refusing the refuel the planes because of a bad press.

"She said the company has gone bust.

"This plane has been impounded."

Flybe's website appeared to have been taken down shortly after 10pm last night, with an error message stating the link was "no longer live".

Initially the company issued a statement saying the flights had been cancelled because of a "miscommunication", stating: "Flybe can confirm that, following a miscommunication regarding re-fuelling this evening, two flights were delayed and that due to the crew now being out of hours, have been cancelled.

"We sincerely apologise to those passengers inconvenienced by the disruption to their travel plans."

This was immediately slapped down by one passenger stuck on the runway in Manchester, who wrote on Twitter: "It’s gone bust ! Plane sat on runway at Manchester full of passengers- they’ve all been told company has gone bust."

A source said last night: “It might just have been able to struggle through, but only if air passenger duty had been reformed.”

BBC journalist Holly Hamilton, whose flight from Manchester was aborted shortly before takeoff, said crew members were in tears as news about the company's flight filtered through.

She wrote on Twitter: "Staff in tears. This is so grim. Plane is just really quiet."

Crisis talks were held throughout the day yesterday to try to secure a rescue package, but it is understood no deal has been agreed.

Customers were last night turned away and planes were detained at Glasgow and Manchester Airports.

The struggling airline was saved from collapse earlier this year, but has been unable to obtain finance from the Government.

Mike Clancy, general secretary of the Prospect union, said it would be a "devastating blow" for its members working for Flybe if it goes into administration.

He said: "The airline provides important connections to and from parts of the UK where other viable options often don't exist.

"A number of regional airports are also highly reliant on Flybe for most or all of their scheduled services.

"Prospect will do everything we can to support our members but the truth is the Government has badly let them down.

"The failure to provide the loan that is required as part of a package of rescue measures means the Government has failed in its commitment to every part of the UK."

Nadine Houghton, GMB National Officer, said: “These unfolding developments are a tragedy not only for Flybe’s loyal workforce, but a domino effect now puts 1,400 jobs in the wider supply chain at immediate risk and threatens the future of vital regional airports.

“The last thing regions crying out for investment need is to see infrastructure that maintains good jobs ripped away.

"We need the Government to urgently step in and save jobs wherever possible. The damage to already fragile local economies must be minimised.”

He urged passengers to try chargeback – a protection on Visa, Mastercard and Amex that entitles them to get their money back.

However it is not a legal protection, and card companies offer it at their own discretion.

Alternatively those who paid on their credit card could also be entitled to legally-binding Section 75 protection.

When previous airlines such as Monarch Airlines and Thomas Cook collapsed, the Civil Aviation Authority was ordered by the Department for Transport to launch a major repatriation operation to fly them home.

It is not yet clear whether the Government would order a widespread repatriation of stranded passengers.

When Monarch Airlines went bust in October 2017, the Government spent £60 million hiring planes to get passengers home, while bringing back Thomas Cook passengers last year has been estimated to have cost even more.

"Flown it many times. Will leave a big void in local UK airport services and a disaster for the likes of Southampton airport.

"Sorry for those who will inevitably lose their jobs."