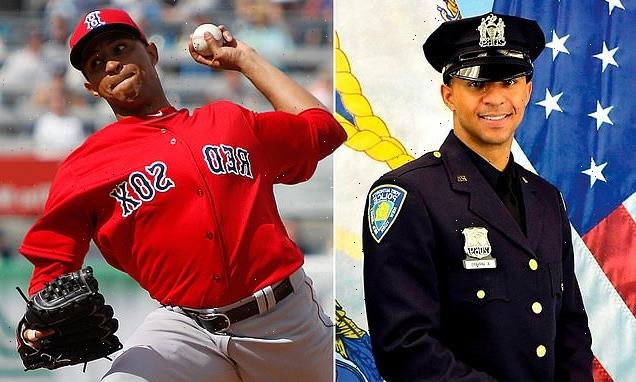 BREAKING NEWS: Former MLB pitcher-turned New York police officer Anthony Varvaro dead at 37 after being involved in a head-on collision on his way to 9/11 memorial service

Former MLB pitcher-turned-New York police officer Anthony Varvaro has been killed in a head-on car crash on his way to work at the 9/11 memorial service in Manhattan.

The heartbreaking news was confirmed by police officials and his former baseball teams on Sunday, and the 37-year-old is survived by his wife and four children.

Jersey City native Varvaro played for the Seattle Mariners, Atlanta Braves and Boston Red Sox in the major leagues, before retiring in June 2016 to become a Port Authority police officer.

Revealing the news on Twitter, the Braves wrote: ‘We are deeply saddened on the passing of former Braves pitcher Anthony Varvaro. Anthony, 37, played parts of six seasons in the majors, including four with Atlanta.

‘He voluntarily retired from MLB in 2016 to become a Port Authority police officer.

‘He was en route to serve at the World Trade Center Command in commemoration of September 11, 2001 activities when he was involved in a motor vehicle accident.

‘Our thoughts and prayers are with his family and colleagues.’ 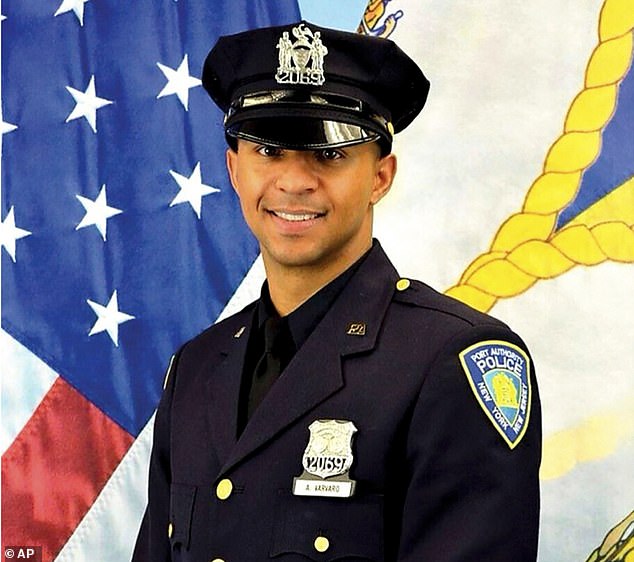 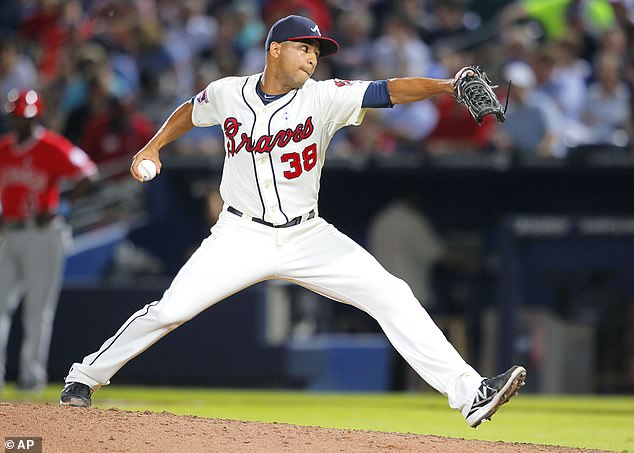 New Jersey publication Daily Voice have reported that Varvaro was killed in a head-on collision by a wrong-way driver near Exit 14C on the New Jersey Turnpike, close to the Holland Tunnel.

Meanwhile, the Port Authority of New York and New Jersey issued the following statement: ‘Officer Varvaro represented the very best of this agency, and will be remembered for his courage and commitment to service.’

‘On this solemn occasion as the Port Authority mourns the loss of 84 employees in the attacks on the World Trade Center — including 37 members of the Port Authority Police Department — our grief only deepens today with the passing of Officer Varvaro.

‘On behalf of the entire agency, we send our deepest condolences to Officer Varvaro’s [family].’ 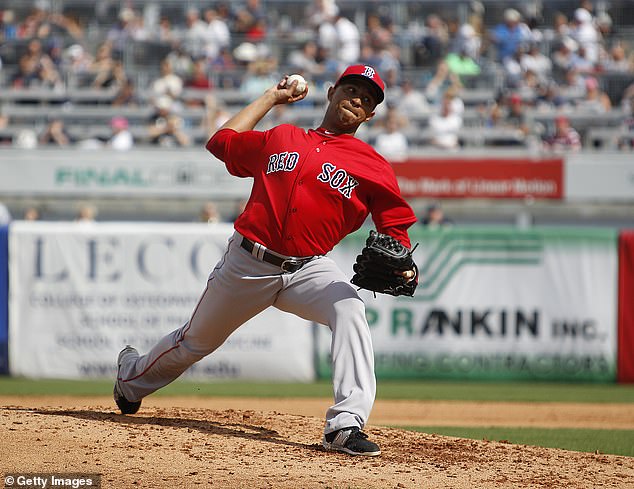 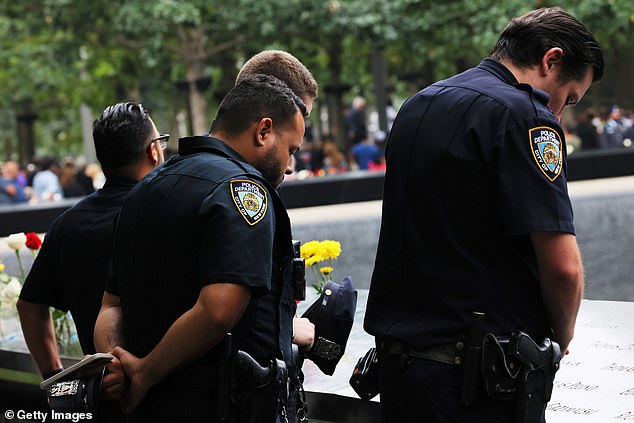 St. John’s head baseball coach Mike Hampton said he was ‘at a loss for words’ over Varvaro’s death.

Staten Island publication SILive report that Varvaro was a pillar of the local community and in 2021 was named president of the Snug Harbor Little League on the borough’s North Shore. He is said to have campaigned for renovations to the league’s facilities, including lights for night games.

‘This is going to be an improvement for the community,’ Varvaro said at the time. ‘And it’s going to give these kids a better opportunity. The future is looking bright, literally, for the boys and girls of this little league.’

‘It’s a tragedy,’ John Eberlein, a friend of the family who coached Varvaro at Curtis High School, told SILive. ‘He was a better person than baseball player, and he was a great baseball player.

‘His dream was always to be a cop. He had a plan.’ 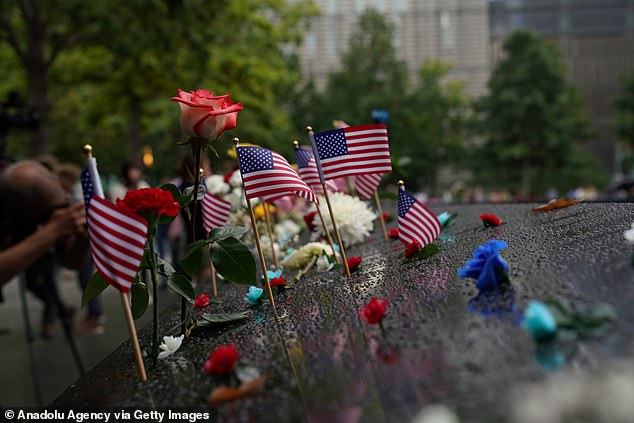 Flowers at the 9/11 memorial on Sunday, the 21st anniversary of the New York terror attacks