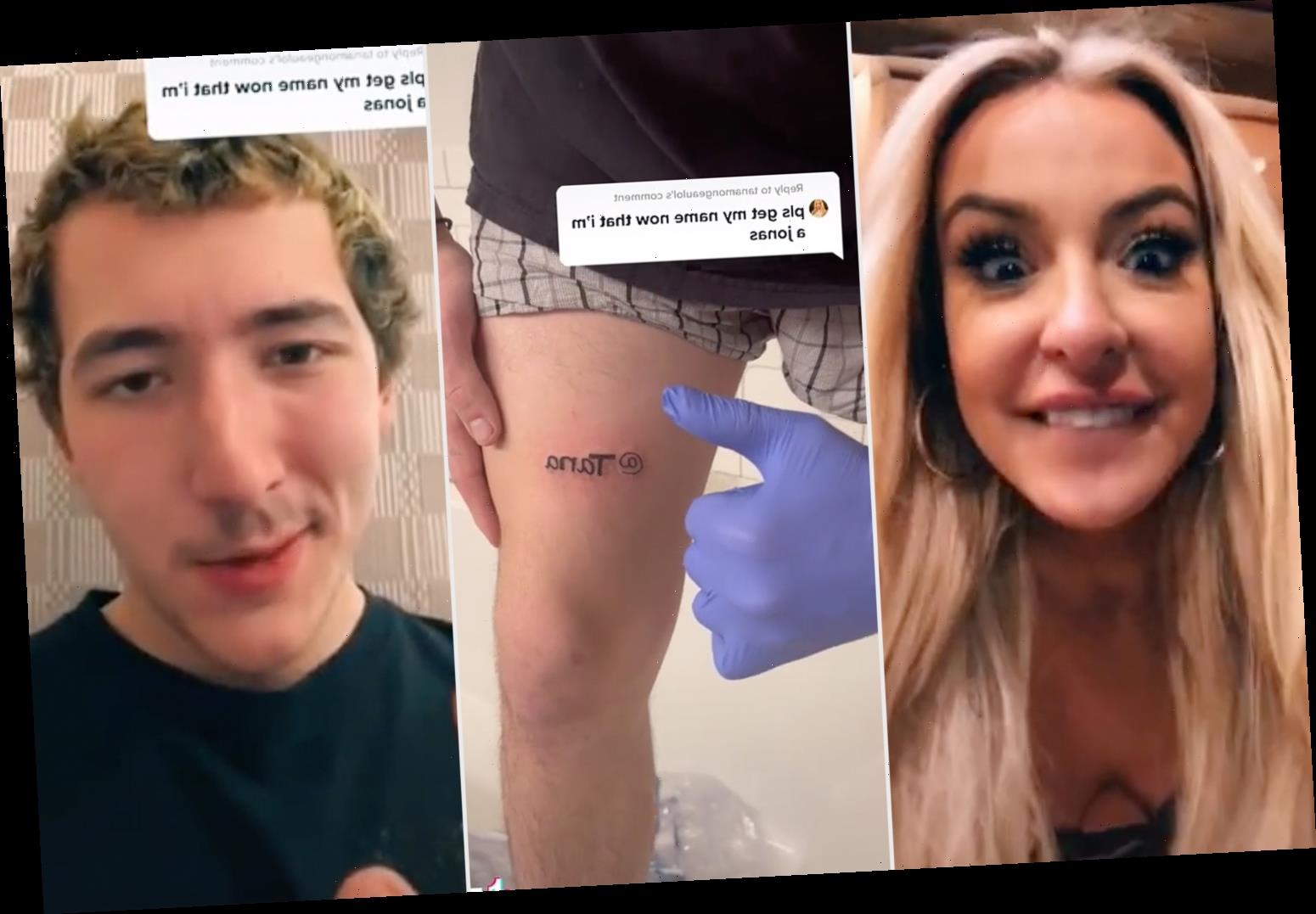 Over the weekend, Frankie Jonas gave himself a tattoo of YouTuber Tana Mongeau's first name on his leg. Why? Who knows, but he filmed it on TikTok.

It all started when Mongeau, 22, shared a DM conversation between the two where she requested to become a Jonas sister and Frankie, 20, requested a resume for "talking with my dad."

"when the MOST famous Jonas brother wants u to be an honorary Jonas sister…" she captioned her first video, capturing their interaction. "and yes i filmed this from the jet."

Then, after posting a video where he's giving himself a tattoo on his arm — and captioning it with #dmfortattooinquiries — Mongeau commented "pls get my name now that i'm a jonas."

"I've been so massively successful lately that I wanted to do something that helped me stay grounded and reminded me of the fans," he says jokingly in the tattoo video. "So Tana Mongeau, sorry if I mispronounce your name, this one's for you. I hope it grows your account."

Obviously, he was joking since Mongeau is one of the biggest creators on the app with more than five million followers. The video then switches to a conversation between Frankie and his girlfriend where the couple argue over him getting the tattoo of another girl's name. He then proceeds to shave his leg and tattoo "@Tana" on himself.

"this is the weirdest thing to ever happen to me," she wrote, reposting the video and reacting. "IM A JONAS SISTER THE CHARITY WORK I-"

In a comment on her post, Frankie wrote, "I really just wanted to give back and say thank you to my loyal fans." Mongeau jokingly replied, "ur so nice to the fans/smaller creators. me, kevin, nick and joe are so grateful for all the charity you've showed us as ur jonas siblings."

Mongeau then took over her reaction to Twitter where she wrote that she "must be in a fever dream."

"THE BEST Jonas brother tattooed not only my name, but my @ name on his body," she added on Twitter. "do i get his back, so for life i have a matching tattoo with a Jonas brother?? HELP I MUST BE DRUNK"

Jonas' newly found TikTok fame started last month after he began posting silly self-deprecating videos about being the least famous of his brothers. Since then, he's gained a following of 1.6 million followers and 28 million likes on the app.

Earlier this month, Frankie's fans went crazy adding comments to Nick and Joe Jonas' TikToks asking questions like "Are you Frankie's brother?" and "Wait aren't you Frankie's brother or something?" Frankie posted some of the messages as he showed off his fans "acting reckless" — and Nick had something to say about it.

"Yeah, Joe, Kevin. Forget what I said about letting Frankie in the band," Nick joked in his own TikTok.

But Frankie was unfazed. "I don't need the band," he commented. "I have tiktok now."