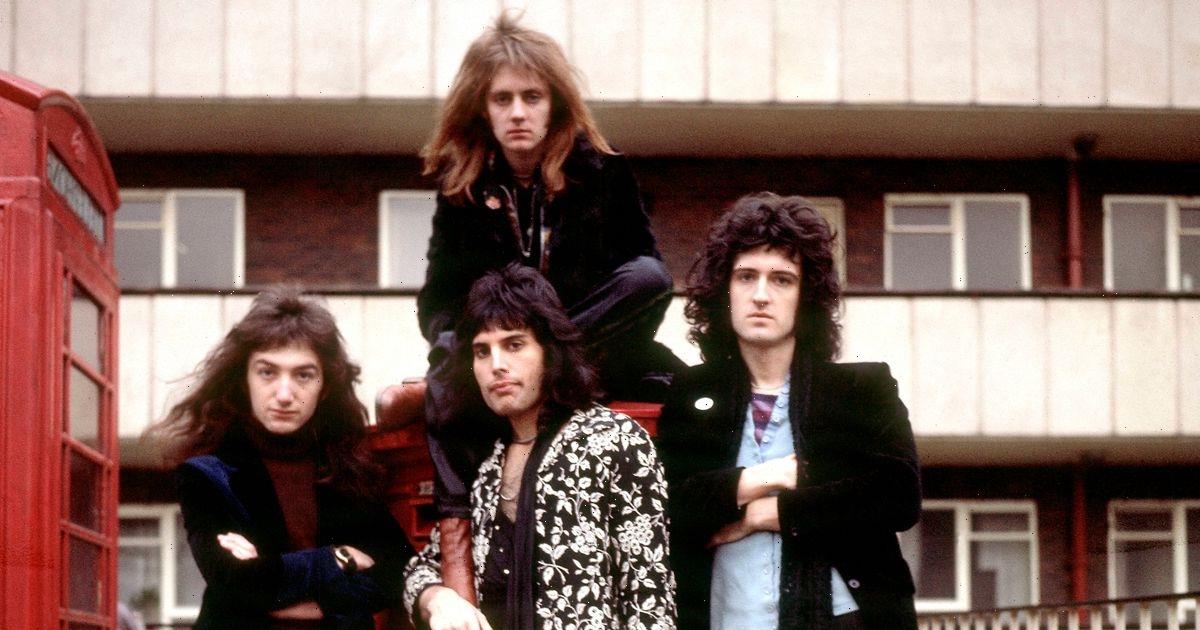 A new book recalls a time that Queen frontman Freddie Mercury worked on a market stall with band member Roger Taylor in Kensington, with Freddie chasing down a customer after Roger accidentally sold Freddie's jacket to them.

It's one of many funny stories in Magnifico: The A-Z of Queen by Mark Blake, which features tales from 30 years of interviews with Roger Taylor and Brian May, along with trivia about the band and analysis of their career.

Talking exclusively to the Daily Star about the book, Mark Blake shared one of its funniest stories, saying: "They were trying to be market stall holders. They were just so hopeless.

"Roger Taylor sold Freddie Mercury's jacket when he had taken it off, without him realising.

"His jacket was hanging up on a chair and someone asked, 'how much is that?' He sold it and then Freddie Mercury chased after him." Roger set up the stall in 1969, and Freddie, who regularly went to watch Roger and fellow band mate Brian May in Smile, ran the stall with him before Queen was formed.

"They lived in a flat together when they were students and they had a clothing stall together on Kensington Market and those were very, very funny days. Some of the stories from Roger are very funny.

"Freddie Mercury would get bags, and go and get stuff off like rag-and-bone men. Old ladies' coats, terrible feather boas. Brian May remembers them having a load of feather boas," said Mark.

"It stunk the flat and he was like, 'no we're going to make a fortune from this.'"

However, Mark explained that while working on the market stall, both Roger and Brian noticed that Freddie was already exhibiting his trademark persona.

Mark said: "He kept hustling any musician who came into the market stall. He'd say, 'I'm in a band, I'm going to be a singer.'

"He was an eccentric character, long before he became Freddie Mercury so to speak. The young man that they knew at 18, 19, 20, was already acting like a rock star, which they found highly amusing. That's what I took from Roger."

While Freddie Mercury's powerful onstage persona, dance moves and iconic vocals are known the world over, Mark explained that both Brian and Roger are keen to stress that among the funny stories, Freddie was a genius as a musician, as much as he was a performer.

"I think what I took from both of them, is how much respect they had for him as a musician and songwriter," said Mark.

"I think that is something, because you only have to see the moustache and you know it's Freddie Mercury. You see these photos of him onstage at Wembley and at Live Aid, he's a performer. That's foremost in our minds, but what sometimes get forgotten, and I think hopefully this comes across in the book, is what a fantastic songwriter he was.

"That is something that they are quite keen to stress. Behind all the showing off and the outfits and the videos, there was a very shrewd musician."

The book also reveals that Brian May said Freddie had "a completely unique way of playing the guitar and playing the piano, because he sort of had some training, but he did it on his own terms".

"Everything he did, he did on his own terms," said Mark. "He did songs his way, he wrote lyrics his way. He played the piano his way, and sometimes that wasn't the way other people would have done it, but it made sense.

"That's what I take from it," said Mark, "a sense of fun, but underneath that fun, a formidable musician and songwriter."

Yet while Freddie was an exemplary songwriter, penning the lyrics to songs including Bohemian Rhapsody and Love of My Life, Mark explained that sometimes the singer would often find himself as a mediator between the other Queen band members who often argued in the recording studio.

"There's a line in the book where it says, what do you disagree about, and I think Roger Taylor says, 'the air we breathe,'" said Mark.

"Freddie Mercury was very good at mediating between the two of them [Brian May and Roger Taylor] in the studio. He would get in-between them as a sort of referee and say 'calm down'.

Mark added: "I think that's one of the things that comes across, is that Freddie Mercury was a mediator, but honestly, one of the other things that I remember is that they really did have a good time."

These good times included their days recording in Munich, a period of time which Mark says that the book explores, talking about how they made some of their most famous music, including Another one bites the dust, in Munich.

"They practically lived in Munich, they had second homes in Munich. They spent so long out there for about two or three years," said Mark.

"They used to go to a night club called The Sugar Shack, where they used to play their new music, and I think it was safe to say they had a very, very good time.

"They'd go in there at 11 o' clock at night and they probably wouldn't come out again until the small hours of the morning. A lot of good times were had."

Magnifico: The A-Z of Queen by Mark Blake is released on November 11th 2021.