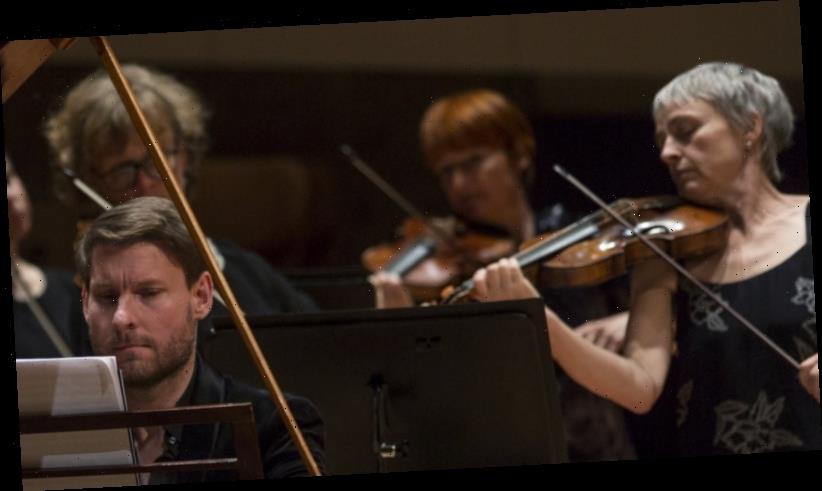 These two concerts by the Freiburg Baroque Orchestra and Kristian Bezuidenhout were magnificent, even revelatory.

The packed hall heard music’s Romantic era being invented and developed across five concertos, in the signature event of the Melbourne Recital Centre’s celebration of Beethoven’s 250th anniversary. 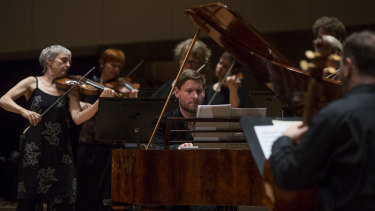 The Freiburg musicians use instruments from Beethoven’s time, or replicas, in an attempt to recreate Beethoven’s experience. Volume is far quieter and balance more blended, especially between winds and piano: softer, more diffuse. The cost is that the instruments do not cut through the orchestra. In some tuttis, the piano was inaudible.

Beethoven was one of the great pianists, but even so, it is hard to imagine where he might have bettered Bezuidenhout’s delicacy of touch, precision and clarity of articulation, his mastery of shape and colour, his unostentatious ornamentation, exceptional concentration and subtle pedalling.

The wonderful Freiburg players were certainly an improvement on the composer's notoriously inadequate and under-rehearsed Viennese orchestras. Their understanding with pianist and each other was outstanding.

The fortepiano on the first night (the first three concertos) was based on an 1805 instrument such as Mozart might have used, with only five octaves. In the first two concertos, the piano lacked the range for the cadenzas Beethoven later wrote down, so Bezuidenhout performed his own, admirably appropriate.

The concertos, plus two overtures on night two, came in numerical order. Beethoven’s developing maturity leaps forward with the third concerto, while the fourth and fifth each show further giant strides.

It wasn’t flawless – the radiant runs at the end of the third’s first movement lost their mystery, but there was compensation in the exceptionally poetic Largo. The slow movement of the fourth, where the piano tames the orchestra, was perfection.

Only with the last concerto did I miss the expressive power and dynamic range of a Steinway in the strangely affectless Adagio, but Bezuidenhout finished in a pyrotechnic blaze. Both nights, I wanted the concert not to end.