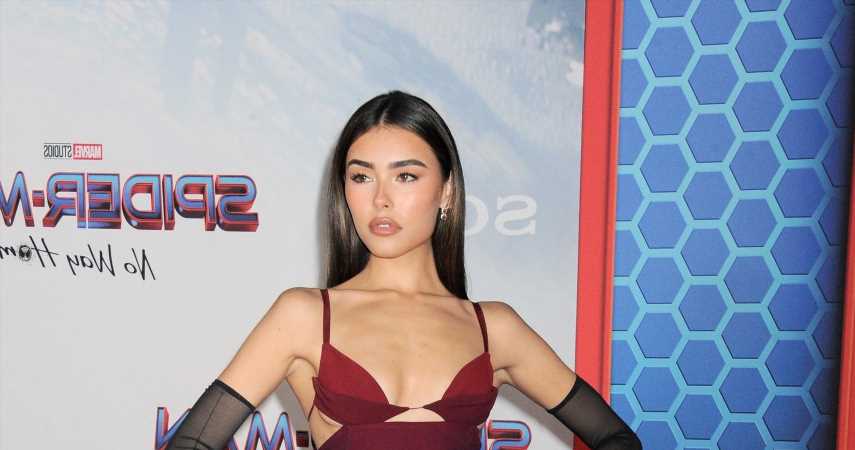 After working in more than 100 network television advertisements, Ashley Tisdale began a career in theater before landing a role as an antagonist in High School Musical. The series’ success, subsequent movies, and soundtrack albums made her a global star. This led her to sign a record deal with Warner Bros. in 2006, and she released her debut album Headstrong a year later. Tisdale had dabbled in real estate since 2006 when she bought a Toluca Lake condo followed by a house. After her marriage to Christopher French, she bagged a Studio City home in 2015 and another home in California to raise her family in 2021.

Ashley Tisdale didn’t stay in her new Hollywood Hills abode for long as she flipped the home and decided to buy a different house for her family. The place was purchased for $5.8 million by Madison Beer, best known for her music covers on YouTube. Let’s take a look inside the luxurious Hollywood Hills family home.

A Hidden Mansion In Town Center

In early 2021, Ashley Tisdale and her husband Christopher French began looking for a family home in the Hollywood Hills neighborhood in town. They purchased the property for $4.2 million within a few weeks. According to Dirt, it belonged to Roeg Sutherland, a talent agent who is also the son of renowned Canadian actor Donald Sutherland. While designer Mandy Graham already furnished the home, Tisdale wanted to add her personal touch to the family home that will be shared with her husband and children.

Security has always been a top priority for the songstress, who ensures ample privacy in her home. The Hollywood Hills mansion has a large gate and a long driveway to hide from prying eyes. A street-to-street lot located in the city center offers optimum seclusion despite being in the middle of a busy town. Constructed in 1923, the home is a Mediterranean-style property with three bedrooms and 3.5 bathrooms, as noted by Yahoo. Ashley Tisdale has always undertaken help from designers Pierce & Ward and Jake Arnold to decorate her homes, but this was the first property she designed by herself through her interior designing company Frenshe Interiors.

Luxurious Inside And Out

The main floor featuring the important rooms has large windows and glass walls that drench each corner of the home in sunlight. Before redecorating, the property had plain white walls; however, Tisdale added a warmer interior color and elements to make the home appear softer and cozier. The oversized living room is divided into three distinctive seating sections. While the main seating area has French doors and a fireplace, the second section has two wicker chairs, while the third part has a chaise lounge with a built-in bookshelf, as stated by Architectural Digest. Adjoining the third section is an alfresco dining patio.

The dining room has a stunning custom-made dining table by James Miller underneath an Apparatus chandelier. As the previous owners had redecorated the kitchen with a hyper minimalist design, Tisdale and French decided to maintain a similar theme for their kitchen. The TV room has eye-popping shades of orange for the couches and rug. Additionally, there was a movie room in the house where the songstress added off-white couches to match the recliner chairs. The calming minimalism is seen in the primary bedroom, which is designed with contemporary shades. A Louis Vuitton trunk is located at the end of the bed for an opulent flair. The ensuite bathroom has a double vanity next to a soak-in bathtub.

The nursery of Tisdale and French’s daughter Jupiter has walls painted in mint green with a popping pink rug and furniture elements. The home’s outdoor space was neglected by its previous owners, but Tisdale took it upon herself to use it. She hired the help of Viola Gardens to swap cement for gravel, add plants, and clean the overgrown shrubberies. The rectangular pool has striped sun loungers to enjoy a day in the sun. The outdoors also has a wooden barrel sauna for a relaxing experience with nature.

Madison Beer, who has newly purchased the property, will have the opportunity to enjoy every amenity built inside the home by Tisdale. As mentioned by Daily Mail, the singer sold her farmhouse-style home in Encino for $7 million in May 2022. Four months later, she found the perfect home for herself in the family mansion.

A home connected to nature, Ashley Tisdale and Christopher French had flipped a beautiful mansion before making a profit. The home offers breathtaking views of the beautiful LA sunsets and surrounding hills, shaded with eucalyptus trees. As Ashley Tisdale looks for a new family abode, it will have similar elements of nature and sunlight as its focal points.

READ NEXT: The Richest Members Of The Pinault Family, Ranked