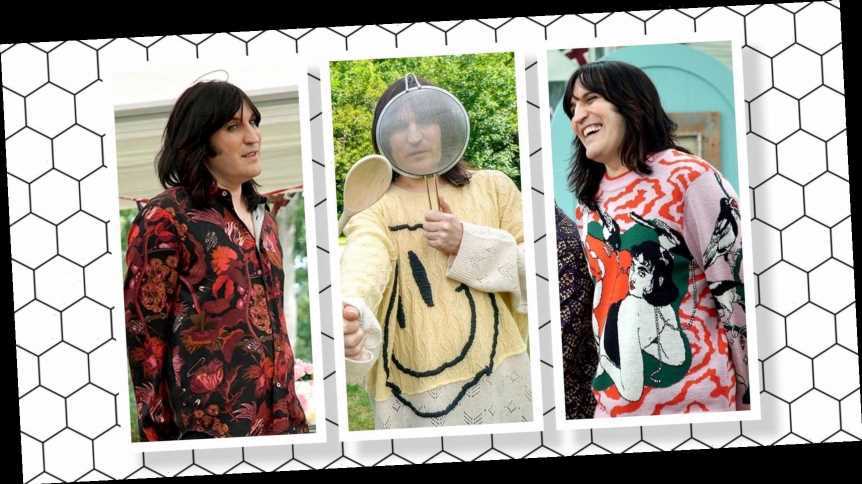 As the Bake Off contestants tackle the first ever Japanese week, here’s what we made of episode six. Warning: spoilers ahead.

And now for something totally new for the contestants. Tonight saw the first ever Japanese week in the Bake Off tent, which means: matcha, manga, kawaii and filled steamed buns (did anyone else feel uneasy that four contestants made buns in the shape of the animals they had also cooked as the filling inside them?)

But there was one person in the tent who stole my attention this evening (and it wasn’t Paul Hollywood despite it being his 100th episode of the show), along with a couple of wry observations picked up along the way…

The best in show

I’m going to be honest: Noel Fielding didn’t make much of an impression on me in the last three series of the Bake Off. But this time round he’s becoming the star of the show, without even trying! He somehow manages to be funny, irreverent, tender and subversive in one package.

Tonight we saw the full spectrum, from the sublime: telling Peter “I think I might be in love with you a little bit” after the pair discussed the fact shuttle cocks only use the left wing of a goose and the possibility of Peter teaching Noel’s two-year-old daughter to play badminton. To the supportive: giving a tearful Laura a pep talk over her fragile fondant. “I honestly don’t think it looks that bad. Just keep going…” he told her. And she did keep on going and managed to live to fight another week thanks to her showstopper, unlike dear Mark L who shed happy/sad tears at leaving this week.

He also treated us to what might be one of the best quotes of the series: “I don’t like hardly any foods, I’d be a bad judge. I’m all about the eyes. I like looking at things, I just don’t like putting them in my mouth.”

I would also like to dedicate a whole paragraph to Noel’s excellent upper-half wardrobe. Every week sees a loud print or knit, worn with panache and pride; it’s an absolute visual feast. And Stylist’s fashion features editor Billie Bhatia agrees with me:

“Multi-coloured cartoon lemons and cherries on a black Oxford shirt, a giant smiley face emoji knitted into an oversized jumper and more abstract prints than the Tate, Fielding seems to have borrowed his wardrobe from Harry Styles and it’s joyful,” says Bhatia. “Maybe these smile-inducing clothes are a bi-product of Fielding’s mischievous nature or his comforting comments to the contestants, or maybe it’s just nice to see someone not in loungewear for once. But one thing we can agree on is that in true Bake Off fashion when it comes to Fielding’s wardrobe more is certainly more.”

The unexpected emergence of Peter

For what seems like the first time, tonight we saw Peter peak head-first out of his shell and show us what he’s really made of – and give us a hefty dose of his personality in the process. It was also lovely to see Hermine shine when Paul told her she was one of the most consistent bakers in the competition.

I thoroughly enjoyed Peter talking about his anthropomorphic shuttlecock cake that had “been hit on the head and got a wee bump” (Sidenote: the fact I am typing the sentence anthropomorphic shuttlecock cake without blinking is quite something). And I have to admit I properly guffawed when he joked: “Game, set, matcha…” about the matcha themed technical challenge. Although I haven’t been out of the house for a few days so my comedy gauge might be a little wonky.

If you’re bored, shake things up

Lottie was having a blast and everyone noticed – even her: “I am having fun this week. I just like it being a bit different. Cakes are boring.” I have to agree with Lottie that cakes are a little dull (yes, I know that’s sacrilegious), but from her brilliant burger filled steamed buns, to a cake that made Paul admit he’d never tasted anything like it in 15 years of the show (in a good way) it served as a snappy reminder that if you’re struggling to stay engaged, then try something totally new. And while a trip to Japan might not be possible right now, something out of the ordinary might at least light a small fire of passion inside you.  Or at least win your the star baker award.

The Great British Bake Off is on All 4