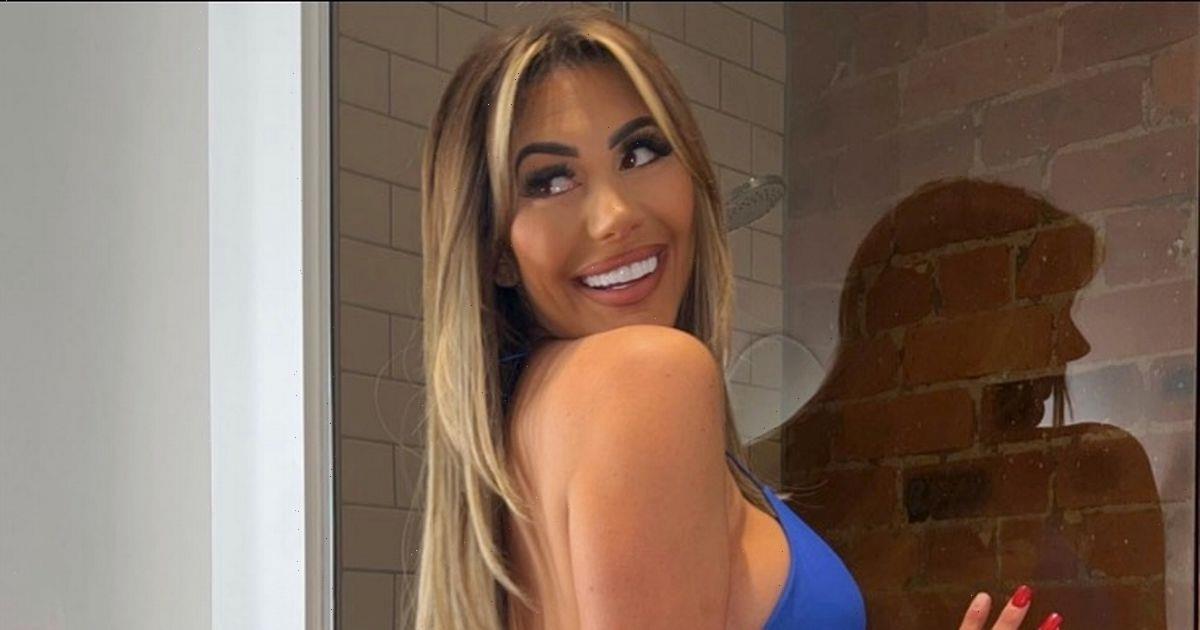 Chloe Ferry has donned a bikini and shared a cryptic baby message after reuniting with her ex.

The Geordie Shore star, 27, posed in her bathroom in a revealing blue bikini swimwear set.

Chloe, who has 3.9 million followers on Instagram, sported her brunette hair down and showed off her large tiger tattoo.

The caption had generated speculation, with the TV personality writing "baby this, baby that," alongside a blue heart emoji.

Replies poured in, with many commenting on Chloe's svelte figure.

"Beautiful as usual," another added.

Another fan called her a "Goddess", while someone else wrote simply: "Love you Chloe."

Her post comes shortly after Chloe was pictured with her ex Johnny Wilbo.

Chloe reportedly dumped Johnny recently after revelations that he was messaging other women.

Insiders told The Sun that the pair spent the weekend together, with Chloe taking Johnny out as her date.

Johnny is reportedly doing all he can to get back together with her.

“Johnny is going all out to win Chloe back," a friend told The Sun.

"She hasn’t made it easy for him but he is working hard to try and get her to trust him again.

“He has been sweet-talking her and promising to buy her gifts."

They added: "They spent time together alone over the weekend and Chloe said she was open to a reconciliation.

“She took Johnny to a pal’s party and they were glued at the hip."

Chloe's friends were reportedly "polite" to Johnny, the source said, but "obviously aren't his biggest fans".