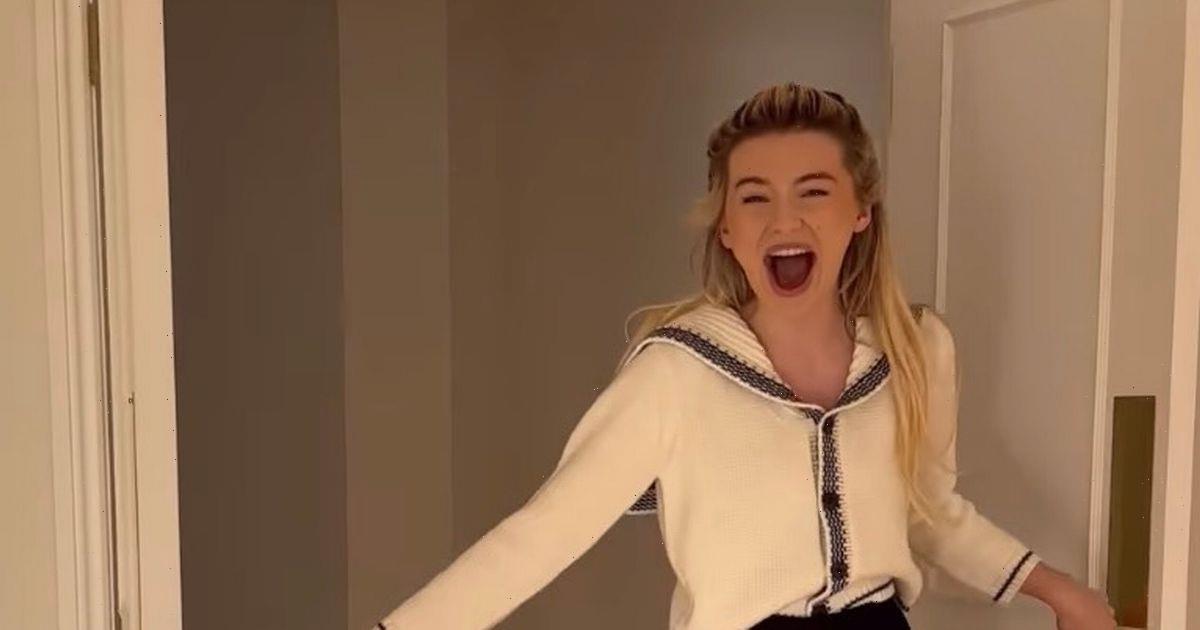 Georgia ‘Toff’ Toffolo has delighted fans online as she gave them a brief glimpse of her brand new home shortly after picking up the keys for the luxury space.

Branding her riverside flat as a “dream”, the I’m A Celebrity…Get Me Out of Here winner took to social media to film a short video which revealed the scale of the dreamy property.

Accompanied by her beloved pet dog, Monty, Georgia teased fans ahead of the big reveal as she excitedly posed alongside two large white doors, before pushing them open to reveal a huge open space full of natural light.

Light wooden floors perfectly complimented the white walls of the empty property, while several large windows were clearly visible giving fans a sneaky peek at just how scenic the view is from the enviable pad.

Alongside the video Toff wrote: “True happiness is us in our new abode!”

The Made in Chelsea star then took to her Instagram stories to share a few more sneaky insights into her new home, including how she and Monty had viewed the flat just a few short weeks ago before falling in love with it.

Dressed down in a baggy jumper and jogging bottoms, Toff looked completely relaxed as she sat on the windowsill beside a stunning view of the river, while fussing over an equally delighted looking Monty.

“A few weeks ago, Mont dog and I were checking out our potential new home…” she wrote, bfore following it up by sharing the video clip alongside the caption: “And now it’s ours!”

With a blank canvas to work with, many fans are eager to see what Georgia does with the space next, as just two months ago she delighted fans with her previous luxury pad.

The 28 year old star took to Instagram to give her followers an extensive tour of her modern Chelsea home which features exposed brickwork and designer filled wardrobes, last November.

Accompanied by her beloved pup Monty, the former I’m A Celebrity campmate opened up her doors and first took fans into her cosy kitchen.

Inside, Georgia could be seen sorting through her various mirrored and black textured kitchen cabinets before making herself a cup of tea using her matching appliances.

From there, it was off to the star’s luxurious living room, which continued the industrial feel thanks to the room’s mixture of exposed brickwork and plaster effect walls.

In the centre of the room a large grey sofa which faces a built-in TV and fire unit took pride of place, while a selection of cushions added a softer touch.

Meanwhile, one corner of the room was the perfect home to all of Georgia’s personal items and a black sideboard had been decorated with Jo Malone candles, greetings cards and neutral vases filled with pampas grass.