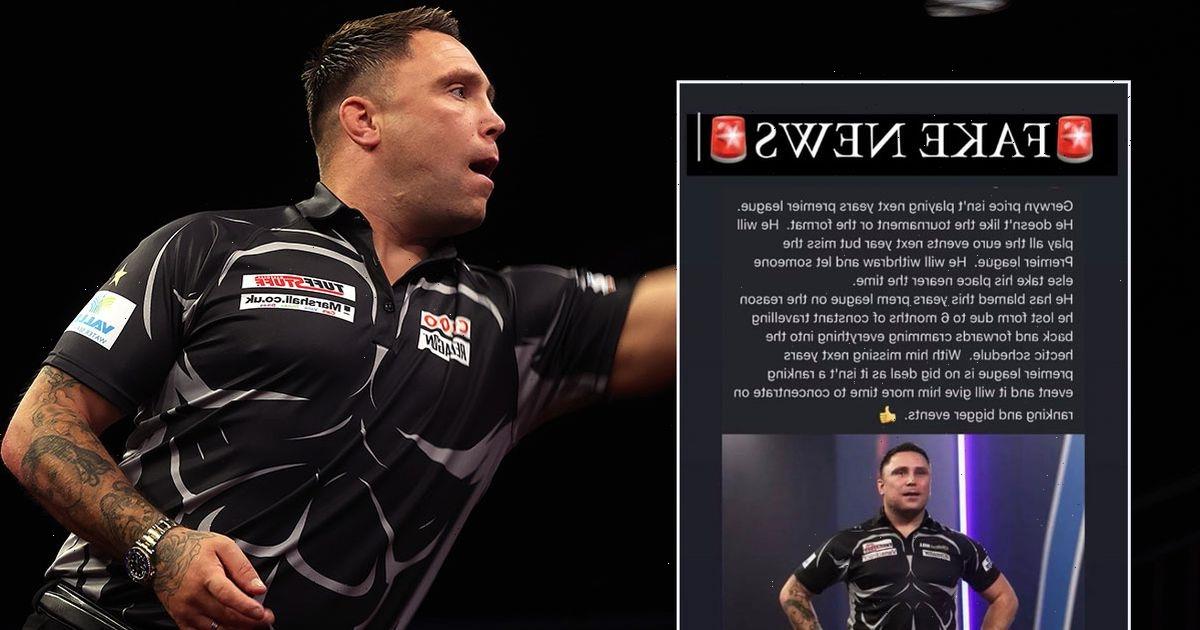 Gerwyn Price has dismissed a report he has withdrawn from next year’s Premier League darts as “fake news”.

The world number one, who lost to Michael van Gerwen in last weekend’s World Matchplay final in Blackpool, has criticised the Premier League’s new format, which sees a mini competition each night featuring quarter-finals, semi-finals and a final.

The Iceman, who has acknowledged he struggled with the extra workload, finished second-bottom of the table, missing out on a place in the play-offs which were contested by Joe Cullen, James Wade, Jonny Clayton and eventual winner Van Gerwen.

However, a report on a social media page, which was believed by a number of darts fans, that he has decided not to take part in 2023 is false.

“This statement of me pulling out of the premier league by some random page is fake. [finger cross emjoi] I get selected in the first place,” Price posted on his Instagram story.

He also posted a screen grab of the offending post, adding the words “fake news” above it.

Which players would you like to see added to the Premier League line-up? Have your say in the comments section below.

After a difficult first half of 2022, Price took a break from action and then showed flashes of brilliance at the World Cup of Darts, where the Wales team of he and Clayton were losing finalists to Australia.

He was then back at his scintillating best at the Matchplay, hitting a nine-dart finish in his semi-final victory Danny Noppert and then pushing a resurgent Van Gerwen all the way in the final. His run to the final in Blackpool saw him dethrone Peter Wright at the top of the world rankings.