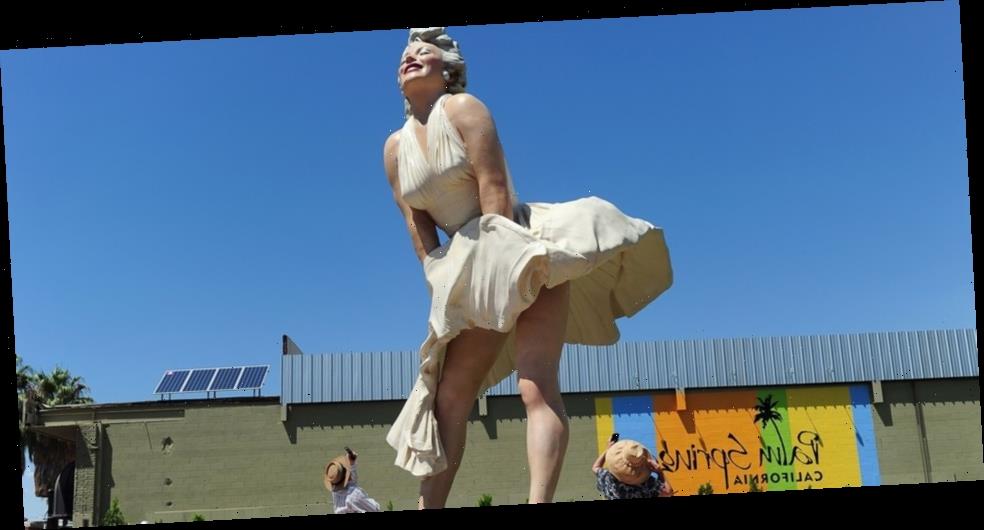 A 26-foot-tall statue of Marilyn Monroe attempting to cover her upblown skirt is the center of controversy in Palm Springs, California. The monument portrays the legendary actress from the iconic scene in the 1955 movie The Seven Year Itch where a gust of wind from a subway grate blows up her white dress. The city already gave its approval for it to be installed outside the Palm Springs Art Museum, but the institution’s director, Louis Grachos, is against the public display.

“You come out of the museum and the first thing you’re going to see is a 26-foot-tall Marilyn Monroe with her entire backside and underwear exposed,” said Grachos in a city council meeting last week as per Artnet. “We serve over 100,000 school-age children that come to our museum every single year. What message does that send to our young people, our visitors, and community to present a statue that objectifies women, is sexually charged and disrespectful?”

Many locals shared Grachos’ opinion, having sent letters to local newspapers voicing their concerns regarding the state of Monroe as being degrading to women. The debate has panned out for weeks in the California community and is now trickling into the art world as well. Steven Maloney, the chair of the facility’s board of directors, said displaying it near the front of the building implies that the organization had given its approval to place it there — when it had not. He said the towering sculpture suggests “an unhealthy encouragement of risqué behavior of women.”

Critics also pointed out that Monroe despised the scene and it had a detrimental effect on her life and career.As The Guardian reported back in 2014 for the 60th anniversary of the film, it led Monroe’s husband at the time, Joe DiMaggio, to leave the set in anger. The actress then filed for divorce after the pair got into a violent fight at their hotel after the scene was shot, the report stated.

“Can you imagine when #MeToo gets a hold of this?” Grachos asked the council. “It’s not just going to hurt the museum, but it’s going to hurt our whole community.”

The city council has agreed to host the statue for roughly a period of three years. Moreover, Palm Springs Resorts had previously offered to purchase the sculpture for $1 million USD, but now the group is currently seeking leasing options.