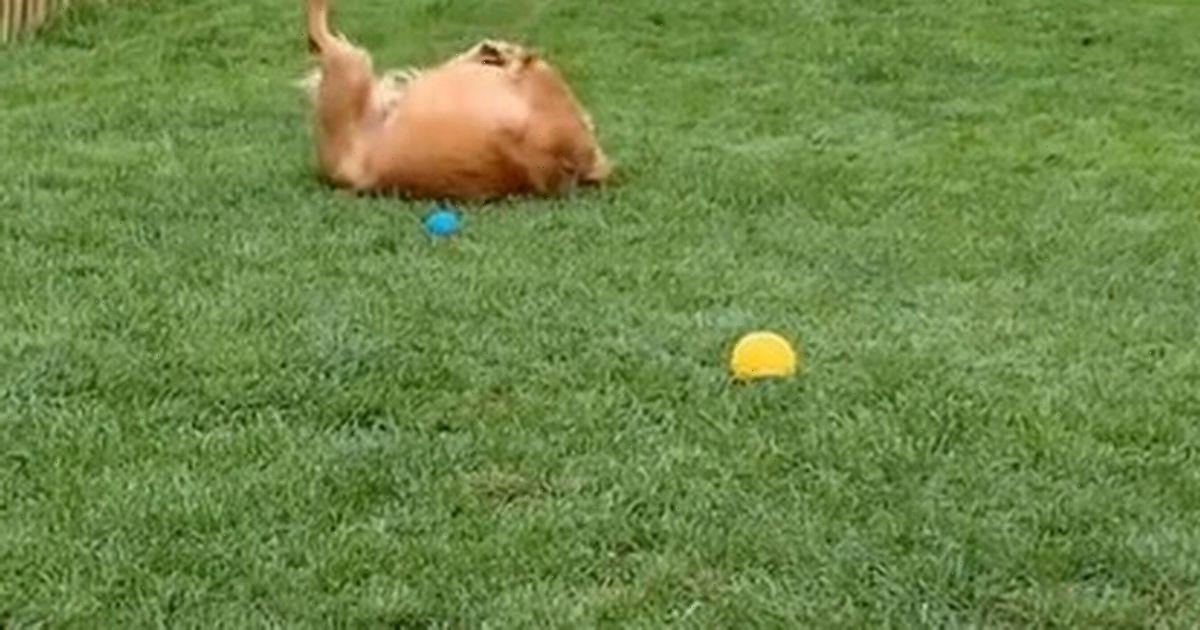 A golden retriever's incredible ability to perform roly polys has seen him go viral on TikTok – and leave viewers in stitches with his impressive gymnastic skills.

Commenters even joked that the one-year-old pup, named Riley, could be a competitor to the famous USA gymnast Simone Biles, who has seven Olympic medals, the highest ever for a gymnast.

The video shows Riley grabbing his own tail and perform a kind of somersault repeatedly over grass in a backyard. The hilarious video went viral with more than 600,000 views and 122,000 likes.

Riley can be seen trying to grab his tail with his mouth, and manages to flip himself over in the process, becoming his signature party trick.

The video was captioned: “My hoomans laugh at me for doing too many roly-polys".

And it’s had all his followers chuckling too!

One user suggested getting Riley in the gymnastics at the Olympics, where he could rival Willow the Golden Retreiver, who was caught trying out dressage!

It's a place where you can share a picture of your dog in our Top Dogs feed and share your doggy advice.

Another added: “Simone Biles has competition!”

For more incredible stories from around the world, sign up to our newsletters!