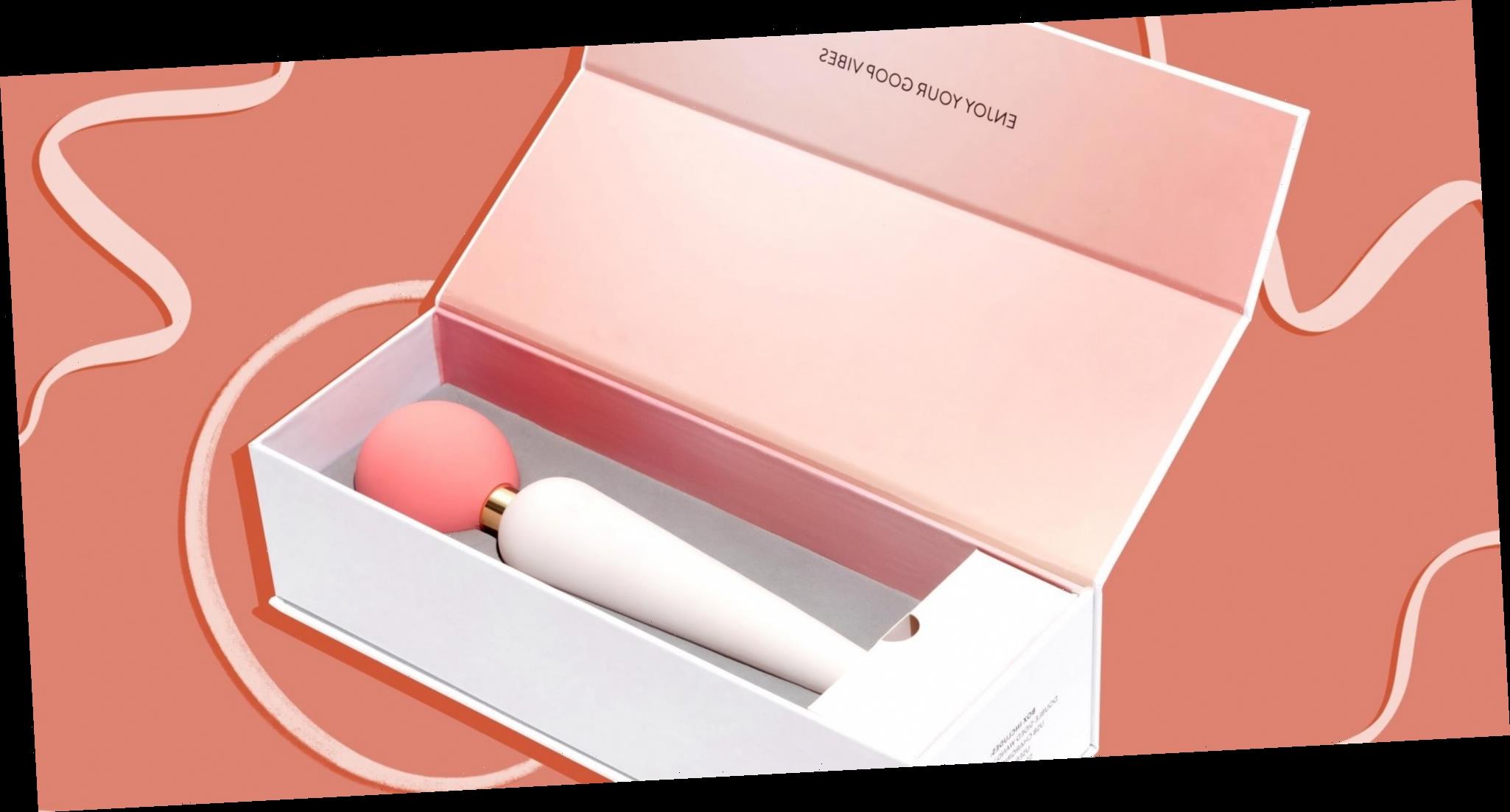 As the brand admits, there are a lot of vibrators on the market already (they sell many in their own curated sex toy shop), ranging from rabbit vibrators with adjustable 'ears' to clitoral finger vibrators for partner play to bullet vibrators that look like a chic tube of lipstick. But it was the wand-style massager — you know, the one that Samantha uses to keep Miranda's son from crying when his vibrating chair stops working — that intrigued them the most.

"Known for their rumbly, mighty external vibration, they're appreciated equally by people who get off quick and by people who need extra stimulation," the press release explains. "We love the control a wand provides — but we wanted more." So, goop spent 18 months designing their own double-sided wand that would "pack a ton of power and versatility into a single, sleek, easy-to-use tool," Thira Burns, MS, goop's Director of Product Development, Wellness tells InStyle. One side of the vibe has a wonder-ball for external massage and the other 'ultrasoft bendy' end is "designed for precise targeted clitoral stimulation," Burns says. "In contrast to a typical wand, you can also use that side for internal stimulation, penetrating one to three inches."

Between the two ends, "you have the ultimate tool for exploring sensation and stimulating the vulva, clitoris, and vaginal opening," she adds. It's also made from nonporous body-safe silicone (other materials, like latex and jelly rubber, for example, can collect bacteria) and free from materials like phthalates and BPA (because materials that aren't allowed in children's toys shouldn't go in your vagina either).