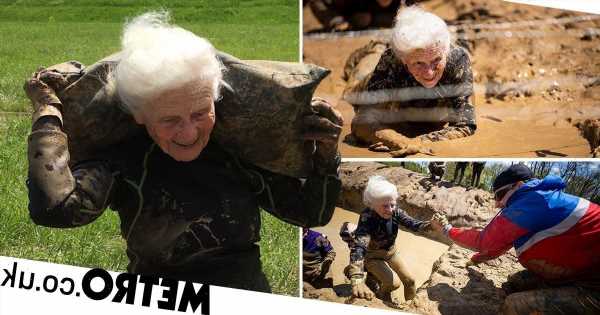 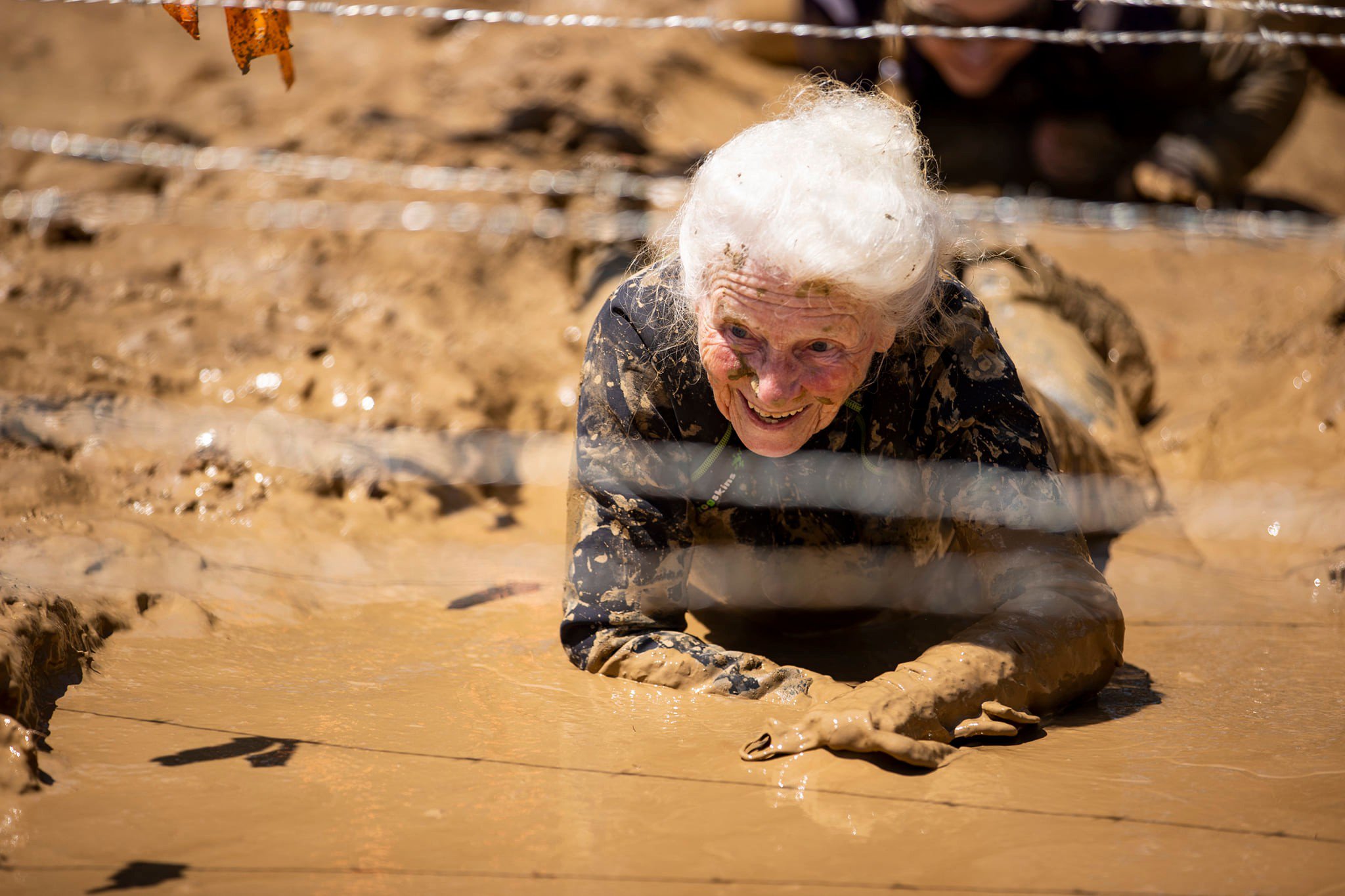 It’d be a challenge for anyone to get past the finish line, but one that 83-year-old Mildred Wilson took in her stride.

The grandma from Sikeston, Missouri, took on her third Tough Mudder 5K earlier this month, becoming the oldest person to ever complete the course.

Octogenarian Mildred took on 13 obstacles as part of the race, including an ‘Arctic Enema’ ice bath and ‘Kiss of Mud’ army crawl under barbed wire.

Speaking to KAIT, she said: ‘There’s a lot of people who think as they get older that they just have to sit down and quit. It’s not so.’

The idea to take part came when she watched son Danny Wilson take on the World’s Toughest Mudder challenge in Las Vegas.

When her son asked her if she’d ever give it a go, she replied, ‘Yes, but, if I do it, I want to be able to really do it. Not just be out there.’

After joining her local YMCA, Mildred spent several months getting in shape, before getting the ‘thumbs up to do it’ from her doctor.

Her training consisted of pickleball – a racket sport encompassing elements of tennis, ping-pong, and badminton – and walking.

‘I just enjoy them,’ she added. ‘I’ve always enjoyed competition.’

Mildred’s first Tough Mudder was when she was 80 in 2019. She ran alongside Youth Pastor Danny and was cheered on by her husband Farrell – who she describes as her ‘best supporter.’

After Farrell sadly died of a heart attack while being treated for Covid-19 the following year, Mildred competed in her second Tough Mudder event in his honour.

She used her second and third races to raise money for Danny’s youth group to build a fresh water well in Africa. Their donations total now sits at over $14,000 (£11,350).

‘I will get muddy so others can drink clean water,’ wrote Mildred on her GoFundMe page. ‘I would love for you to help me make the vision a reality!’

As well as aiming to raise $65,000 for the well, Mildred said: ‘I’m not only doing this in memory of my husband, I’m doing it to honor my daughter-in-law Tanya Wilson, who is battling pancreatic cancer.’

And son Danny is always there to offer a helping hand, with Tough Mudder becoming something of a tradition for the pair.

‘He runs the 10-mile [Tough Mudder] on Saturday and then he does the shorter one with me on Sunday,’ Mildred explained. ‘He keeps an eye on me.’