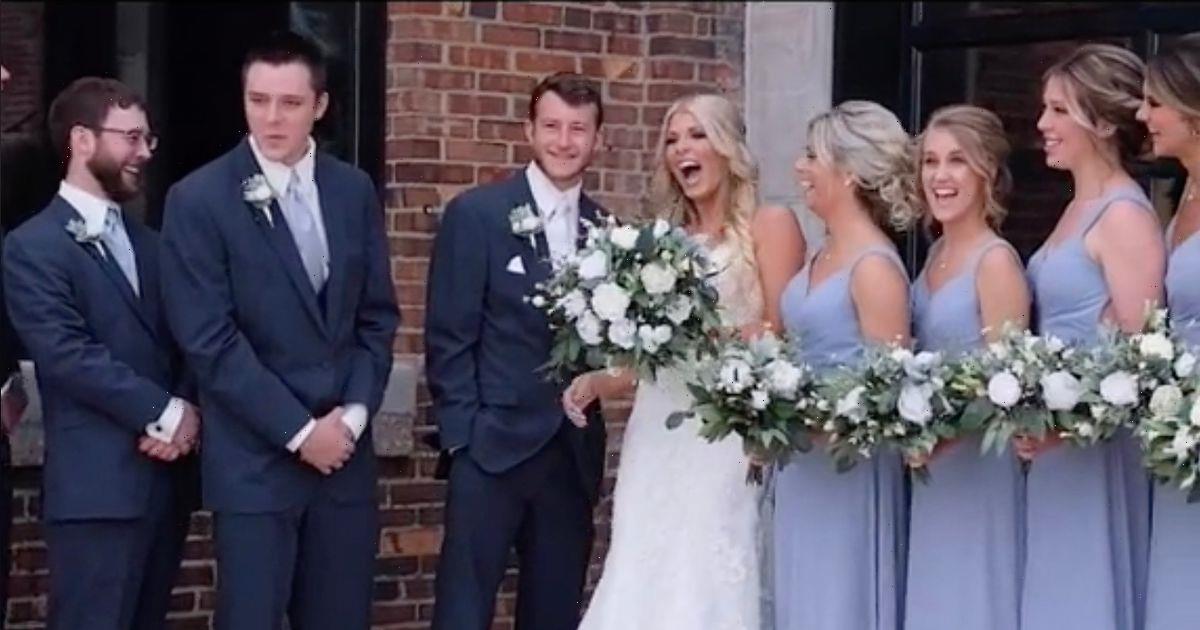 A groom was left red-faced when his wedding photographer called his wife-to-be by his ex's name in a hilarious blunder.

Couple Corey and Katelyn had a very dramatic faux pas during their photoshoot after they tied the knot during a ceremony in Michigan on May 31.

The cringe-worthy moment was filmed by a cameraman from John Pattyson Videography, who later shared the clip on TikTok.

In it, Corey and Katelyn stand at the centre as their bridesmaids and best men line up in a neat formation.

At this moment, wedding photographer mistakenly calls Katelyn "Taylor", which happens to be the name of Corey's former girlfriend.

What would you do if you were Corey and Katelyn? Let us know in the comments below.

She is heard saying: "One, two, three… Corey and Taylor, look at each other."

Corey tries to keep his cool in his pockets and refuses to respond while Katelyn says "that's his ex" and laughs it off awkwardly.

The photographer apologises: "Sorry, Katelyn. Are you serious?"

But in a second awkward blunder, the photographer repeats her mistake again by calling Katelyn the wrong name.

She says: "Corey and Taylor, look at each other."

The bride reacts dramatically and tilts her head back, yelling: "Katelyn!! Oh my God."

Members of the bridal party open their mouths in shock and one man suggests: "'The couple'. Just say 'the couple'."

Corey remains silent the whole time and puts on a faint smile.

John later wrote in the comments: "Apparently the bride from the week before was named Taylor.

"But i'm guessing the name of the groom from last week was not as memorable as Taylor for some reason."

Viewers were quick to spin on the conspiracy theory that the photographer could be a friend of the groom's ex.

One wrote: "She was probably told to do this by Taylor…"

A second added: "The photographer is 100% friends with his ex."

If you liked this story, make sure you sign up for more Lifestyle news by joining one of our newsletters here.