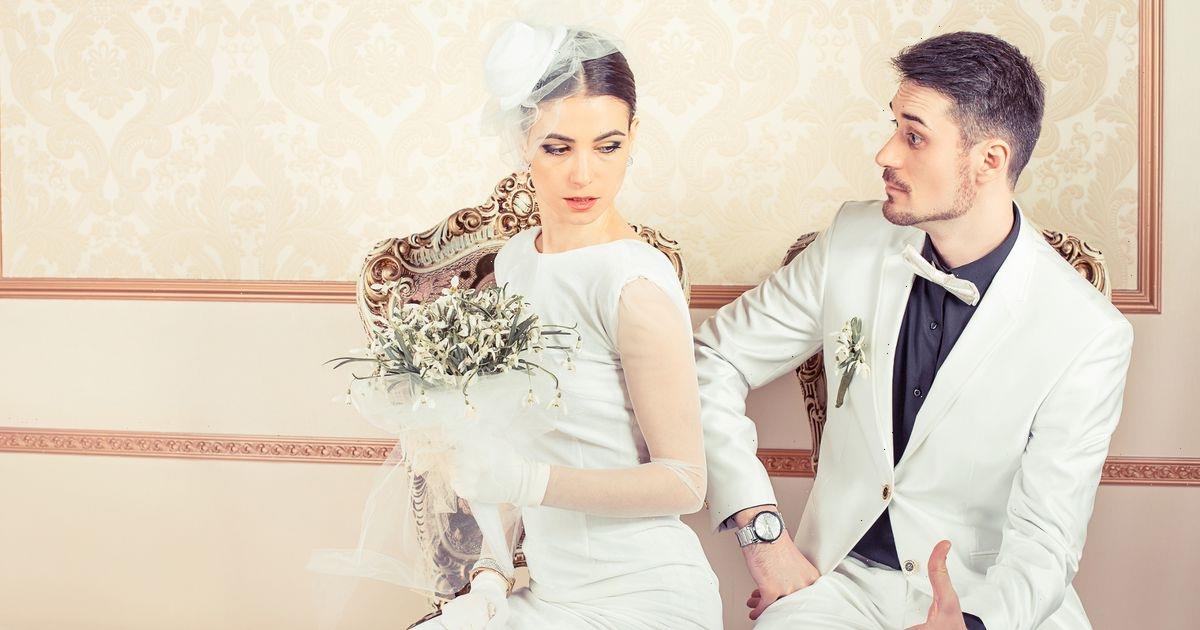 Weddings can be stressful to plan, but when the day comes everything will be perfect either way.

One man recently caused quite a situation at his own wedding after a stunt totally backfired with his new family.

The man's brother-in-law shared the story on Reddit, saying they all had to put up with his antics for years, but now it's enough.

On his wedding day, the groom singled out the brother-in-law's girlfriend in a cruel prank.

He decided to pour milk on her new dress which cost around £250.

Now the girlfriend's man has demanded the groom to pay to replace the dress and the family have had enough of his behaviour.

The man said: "After the ceremony and while the guests were eating. He saw me and my girlfriend standing talking to several guests and mutual friends and he approached us with a glass of milk in his hand.

"My girlfriend was standing next to me in her £250 dress when my brother-in-law pointed to the left and shouted, 'Look! There's a dog over there!'

"Me, my girlfriend looked to the left and next thing I knew he threw milk from his glass on her dress. My girlfriend was so shocked she froze.

"He started laughing saying, 'gotcha'. I was stunned then I asked what the hell he did that for. I lashed out at him as my girlfriend rushed to clean up and I called him obnoxious and mean because he shouldn't have done that."

The man added how the groom told him he was just messing around, but his girlfriend wasn't having any of it.

He also said how the family told the groom that they were all fed up of his pranks, but he carried on anyway.

After the wedding, the brother-in-law told the groom he wanted him to replace the dress.

He said: "He threw a fit saying it was just a prank and my sister said milk doesn't ruin a dress and said an apology should do it but I said no and demanded he pay after humiliating my girlfriend."

One said: "Throwing milk on someone isn't a prank. He is just an a*****e who gets off on upsetting people and humiliating them."

Another suggested: "Formal dresses cannot just be washed. I'd ask for payment for a dry clean to see if it works.

"The bigger issue is your brother-in-law running around doing ignorant things like this. Super rude and inconsiderate. And destructive."