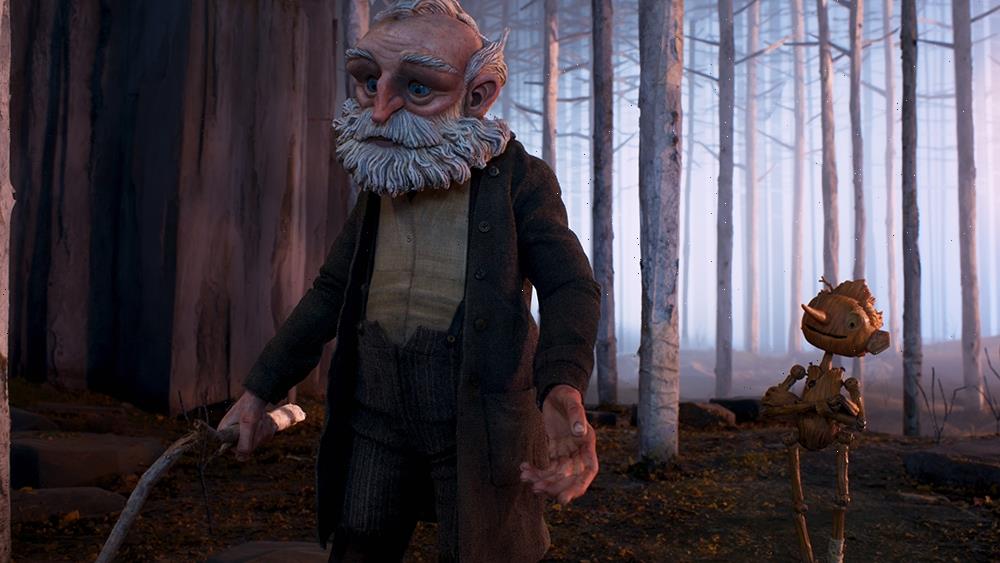 Pinocchio is coming to life. A new trailer for director Guillermo del Toro’s animated film version of the classic tale has been released by Netflix.

“From my many wanderings on this earth, I had so much to say about imperfect fathers and imperfect sons,” Ewan McGregor’s Sebastian J. Cricket narrates at the start of the trailer. “I want to tell you a story. It’s a story you may think you know, but you don’t — the story of the wooden boy.”

The trailer, which follows the first teaser footage from January, reveals footage of lonely woodcutter Geppetto’s (David Bradley) creation of Pinocchio (Gregory Mann) and the puppet boy’s adventures alongside his creator.

The film marks del Toro’s first feature animated effort, bringing his protective love of features’ creatures to the classic fable. The film relocates the tale to the time period of the 1930s, setting it against the backdrop of growing fascism in the country as Benito Mussolini consolidates control of the government.

The film is narrated by McGregor, with additional voice actors including Christoph Waltz, Tilda Swinton, Finn Wolfhard, Ron Perlman, Tim Blake Nelson, Burn Gorman, Cate Blanchett and John Turturro. Guillermo del Toro co-directs the film with Mark Gustafson and co-wrote the screenplay with Patrick McHale. The movie is the Oscar-winning filmmaker’s first feature for Netflix, but follows several TV projects he’s created for the streamer, including animated series “Trollhunters,” “3Below” and “Wizards” as well as the live-action horror anthology series “Guillermo del Toro’s Cabinet of Curiosities,” which will premiere this fall.

Del Toro’s film is one of three movies this year to center around the world’s most iconic puppet. In March, Lionsgate Entertainment released the CGI animated feature “Pinocchio: A True Story,” with Pauly Shore in the title role. Disney is also prepping a Robert Zemeckis-directed live-action remake of their 1940 animated version of “Pinocchio,” which is set to begin streaming on Disney+ starting Sept. 8.

“Pinocchio” will have a theatrical run in theaters in November before debuting on Netflix in December.

Watch the trailer below.