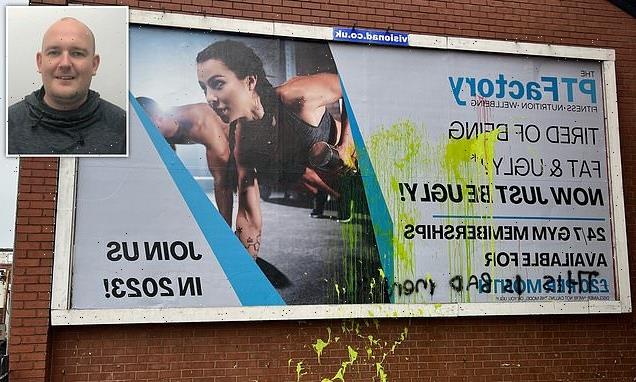 ‘Tired of being fat and ugly? Now just be ugly!’: Gym owner defends controversial billboard after it was vandalised by locals

A gym owner has defended a controversial billboard he put up to promote his business after it was vandalised.

Ollie Lawrence, who runs PT Factory in Denton, Manchester, paid for an advertisement which read ‘Tired of being fat and ugly? Now just be ugly!’

The tongue-in-cheek poster, which shows a woman working out next to the controversial words, didn’t go down well with locals and it was quickly defaced with bright yellow paint smeared all over it and the words ‘this is bad’ spray painted across it.

It’s not the first time a gym has used the concept to grab attention – a workout centre in Long Eaton came under fire in 2016 for using the same wording on its billboards. 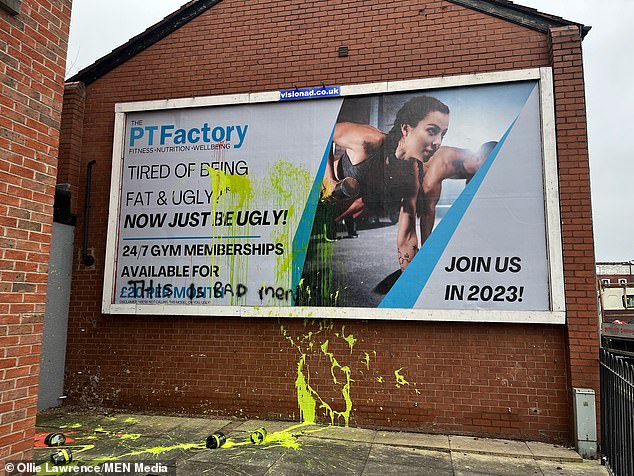 Ollie Lawrence, who runs PT Factory in Denton, Manchester, has defended a controversial billboard he put up to promote his business

However Ollie, who set the gym up over a decade ago, said it was just a ‘light hearted joke.’

Speaking to the Manchester Evening News, Ollie said: ‘I couldn’t believe it. It was just a light-hearted joke. It wasn’t our intention to offend anybody.’

The owner admitted he’d done market research before putting it up and he thought it would make people laugh.

He said: ‘I would not have put it up otherwise. We spoke to a lot of people beforehand and 99 percent have seen it for what it is – a joke. We’ve had thousands of comments saying how brilliant it is. 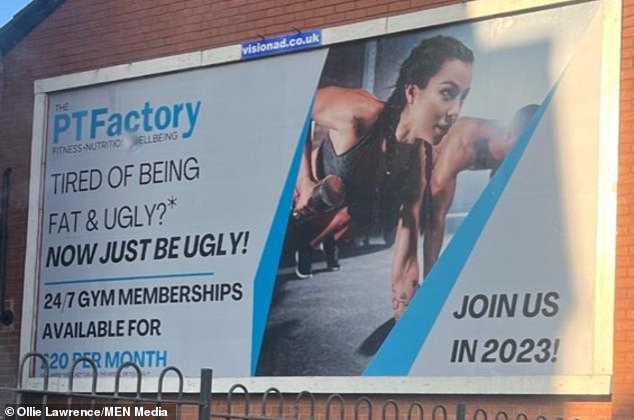 The tongue-in-cheek poster, which shows a woman working out read ‘Tired of being fat and ugly? Now just be ugly!’ 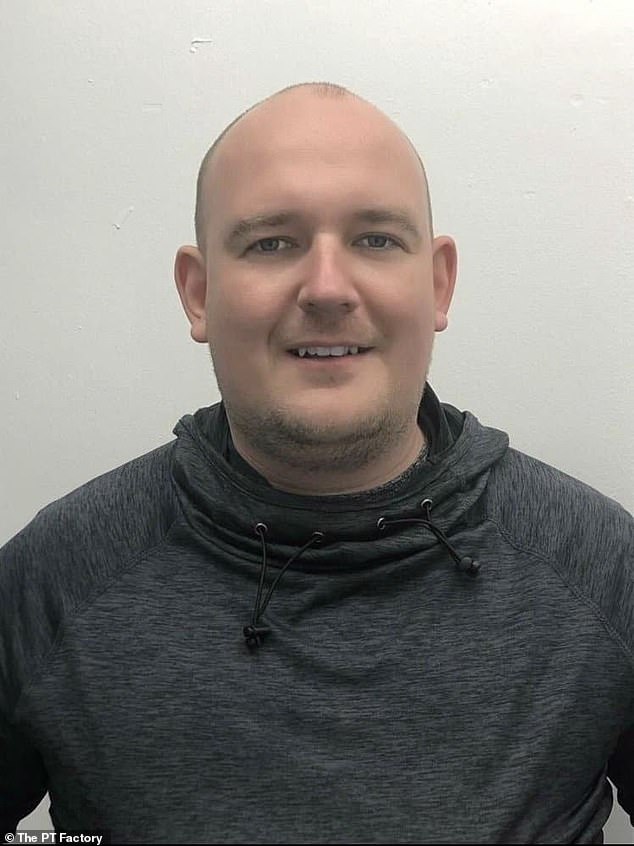 Ollie said they only received nine complaints about the billboard and the feedback was mostly positive.

He admitted there was no malicious intent with the billboard and he just wanted to make a funny advert, desribing himself as a ‘happy-go-lucky kind of guy’ who went into the fitness industry to help people.

Ollie said he thinks whoever vandalised the poster was totally out of order because it was very expensive, and he assured them that he plans on putting up another one.

Taking to the gyms Instagram page to share snaps of the vandalised billboards Ollie wrote: ‘Look at the state of this in 2022. Literally can’t even post a joke anymore to get people smiling in these hard times.

‘Out of hundreds of messages praising us for what it’s meant to be, putting a smile on someone’s face! Unfortunately someone has decided to do this.

‘It’s been reported to the police and evidence sent.’

Many rushed to the comments in support of the advert saying it ‘made them laugh.’

One person wrote: ‘This poster made me laugh, shame everyone gets so offended now.’

Another said: ‘Wow it’s so sad how people can’t take a joke these days, I praise you for the strong marketing choice!’

While someone else wrote: ‘This is brilliant!! Too many soft people who don’t know how to take a joke these days !’

Is that really a crime? Nobody can really be angry with these ‘polite vandals’ who covered racist graffiti with a cat picture and ‘improved’ road signs with artwork