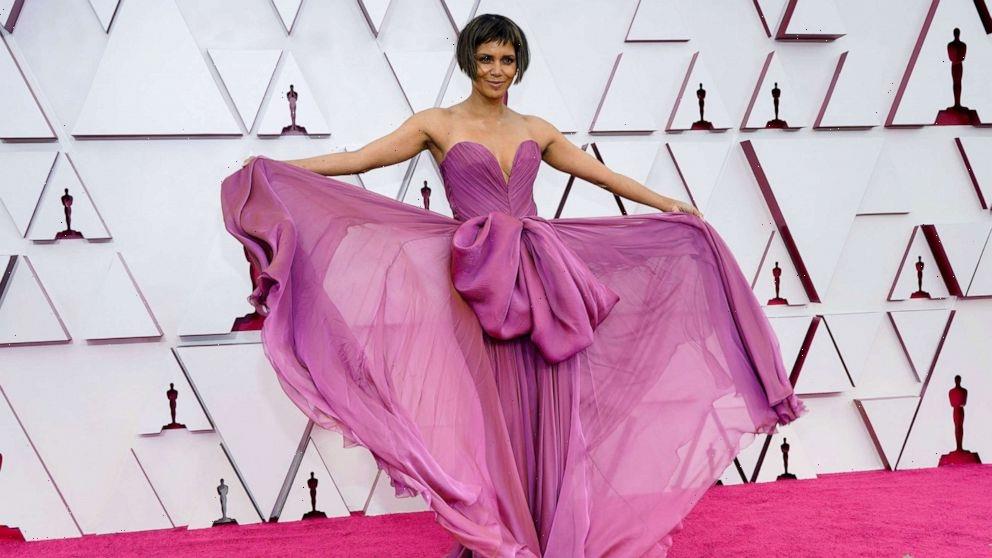 Halle Berry arrived at the 2021 Oscars with a beautiful brand new look.

The Oscar-winning actress wore a mauve-toned strapless flowy dress that included a big bow at its center.

While her dress was stunning, her hairstyle was a winning look in and of itself.

Berry showed off a choppy bob cut and short bangs that were styled and framed perfectly around her face.

Shortly before making her Academy Awards appearance, the iconic actress teased her new haircut on Instagram by sharing a photo of golden blonde and brunette strands scattered on a floor.

She also shared a gallery of photos, leading with one alongside her Grammy Award-winning boyfriend artist Van Hunt.

Berry, who was a presenter at this year’s Oscars, remains the only Black woman to receive an Oscar for best actress in a leading role.

To accept her award for “Monster’s Ball” in 2002, the actress wore an unforgettable Elie Saab dress and her then signature pixie cut.

She also turned heads in 2017 when she attended the Oscar Awards wearing a sparkling Atelier Versace dress along with a head full of voluminous natural curls.