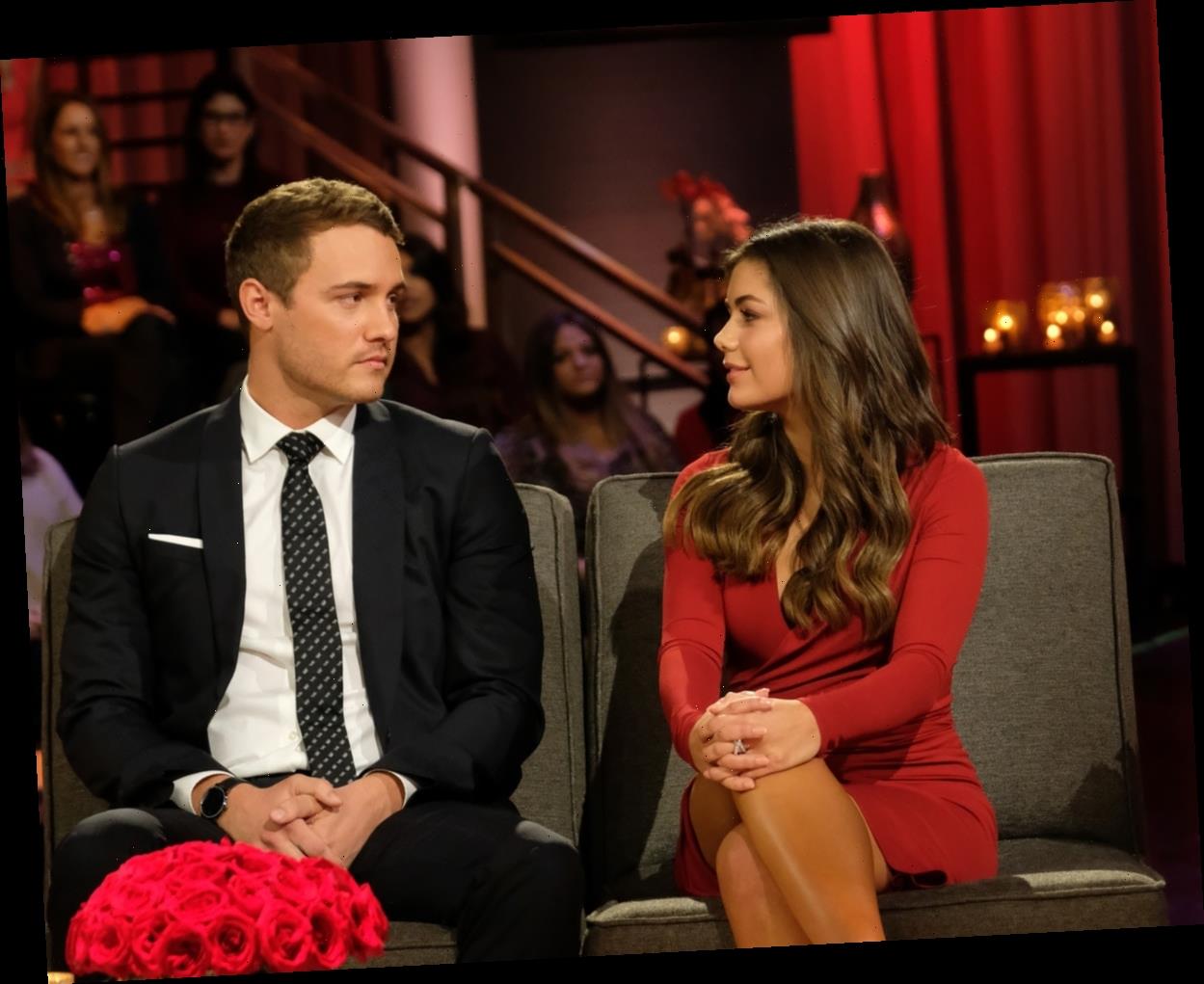 The most dramatic season of The Bachelor is finally over, and so is another engagement. On Tuesday’s finale, Hannah Ann walked away from Peter after accepting his proposal in Australia, but not before an epic confrontation. And Hannah Ann’s post-Bachelor Instagram message makes it clear she has no regrets.

After Part 2 of the unpredictable Bachelor finale aired, Hannah Ann took to Instagram to send a message to her fans. Posting a solo photo of herself, taken by Chasity Strickland at YOUnique Photography, pointedly wearing an outfit eerily similar to Peter’s pilot gear — a brown bomber jacket, with some flight goggles in hand. "Flyin’ solo… no turbulence accepted. PERIOD," she wrote. In other words, she’s single, and she is looking forward to forgetting all about Peter and his drama-loving ways.

Her short message also put a point on her final words to Peter during the After the Final Rose special. Sitting across from Peter and Chris Harrison, in front of a live studio audience, Hannah Ann told Peter point blank that he should not have proposed to her because he wasn’t ready for an engagement. "You know, if you had sat me down and had an honest conversation … that I would have said you weren’t ready for that commitment," she told him, before putting the final nail in their relationship coffin. "If you want to be with a woman, you need to become a real man."

Hannah Ann’s Instagram post got a lot of love from her fellow Bachelor contestants. Victoria F., who made it to the final three alongside Madison and Hannah Ann, commented that it was "quite literally the best thing I’ve ever seen come across my feed." Meanwhile, Mykenna praised Hannah Ann for standing up for herself on the finale, writing, "PROUD OF YOU!!!!!!!!!! Stand you ground girl! I love you so much!!!"

Here’s to smooth skies ahead for Hannah Ann.