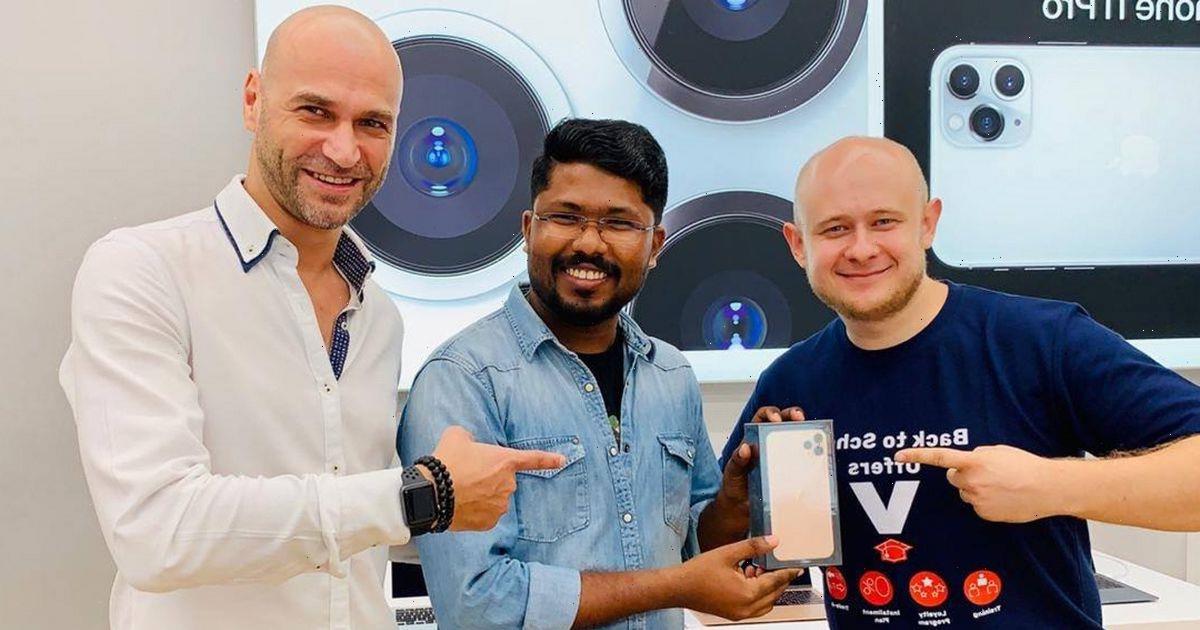 iPhone launches are known for their long queues of fanatics waiting hours in cold to buy a new smartphone.

But one man from Kerala, India took his love for Apple a little bit further this year, by embarking on a roughly 3000-mile round trip to Dubai to pick up the latest iPhone 14.

Dheeraj Palliyali spent £439 on flight tickets so he could buy the new iPhone, a trip he has taken every year since 2017 with each new iPhone launch.

READ NEXT: Apple fans shocked by mysterious 'grinding' bug in £1700 iPhones as company works on fix

He said he wanted to buy the latest phone before it went on sale in India, and says he is 'emotionally connected' with the trip.

Palliyali, the director of a digital consultancy in Kochi city, told the Independent: "I started travelling to Dubai to buy the latest iPhone from 2017 when iPhone 8 was launched."

He then continued making the journey to buy all subsequent models, including the iPhone 11 Pro Max, iPhone 12, and iPhone 13.

Despite the fact that this year, the iPhone 14 was released at the same time in India as Dubai, he still took the journey.

Palliyali said: "I am now emotionally connected with the trip. It gives you a special feeling to be inside the showroom, purchasing the phone as the first customer when thousands are still waiting to buy."

"It has sort of become a ritual now as I buy the iPhone from the same store."

Palliyali added that although his family used to criticise him for 'wasting money', they're now very supportive of his iPhone pilgrimages.

"They used to tell me that it is not worth spending so much money as the latest model will be released in India within 10-15 days. But now they realise that this is passion and that this is my way of honouring Steve Jobs."

"In fact, they are the ones who alert me about new phone launches and ask me when I'm going to fly to Dubai to buy it. They are all supporting me very well and it's cool!".

If you would like to buy an iPhone 14 in the UK, you can order one from Apple's official website. No flights required.