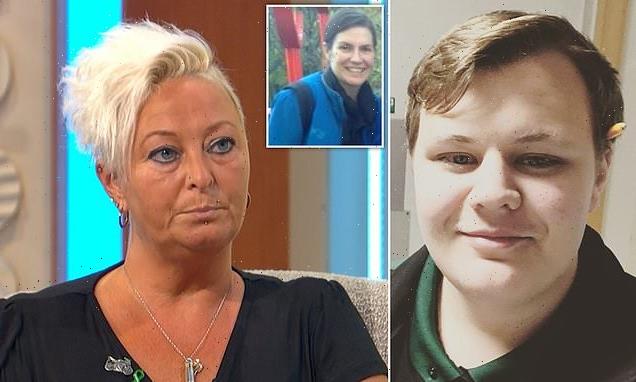 The mother of teenage motorcyclist Harry Dunn said she was ‘relieved’ when her face-to-face meeting with her son’s alleged killer was postponed.

Suspect Anne Sacoolas was set to give evidence under oath in front of Harry’s mother Charlotte Charles, 46, and father Tim Dunn, 52, in Washington DC as part of a civil claim for damages, days before the two-year anniversary of the 19-year-old’s death.

He was killed when a car crashed into his motorbike outside US military base RAF Croughton in Northamptonshire on August 27, 2019.

Sacoolas, 43, left the UK 19 days after the crash following the US government’s decision to assert diplomatic immunity on her behalf.

She was charged with causing death by dangerous driving by the Crown Prosecution Service but an extradition request submitted by the Home Office was rejected by the US State Department in January last year.

Mrs Charles fought back tears as she discussed the case on Lorraine today, two days before the anniversary of her son’s death. 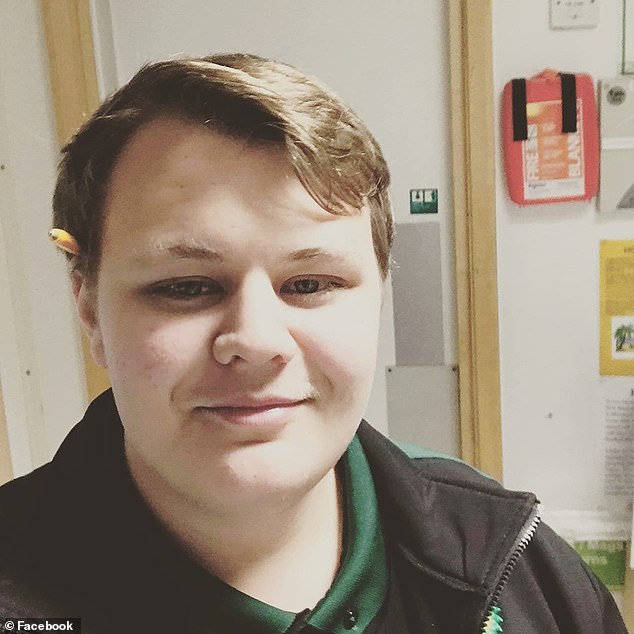 Harry, pictured, was driving his motorbike when he collided with US citizen Anne Saccolas, who admitted she was driving on the wrong side of the road 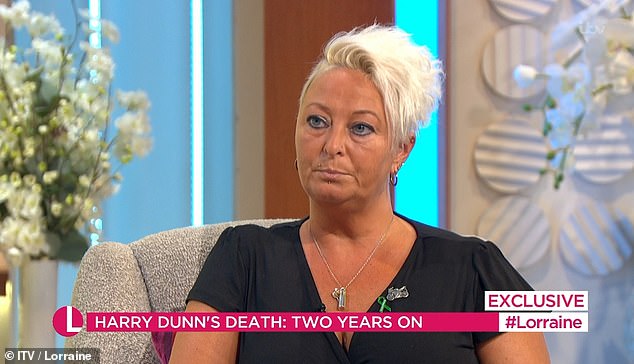 Charlotte Charles, 46 pictured,, from Croughton, was meant to fly out to the US with her husband Tim Dunn 52, to meet Anne Sacoolas, the American citizen whose driving cause a fatal accident that killed Harry Dunn, 19, on August 27 2019

‘As much as I’ve tried to build myself up to be in the same room as her, it was still going to be the most difficult thing that myself and Tim would ever have to do, apart from leaving Harry the night we lost him.

‘I don’t know if you can ever prepare yourself to ever be in the same room, but I would have done it if the opportunity had arisen but that it was something that we could have seen through.

‘At the same time, the amount of relief that I’ve felt when suddenly out of the blue, literally hours from getting on the plane, last week when everything changed.’

The mother said she didn’t feel comfortable to travel during the pandemic and added she didn’t want to be away from her family and friends on the week of Harry’s death. 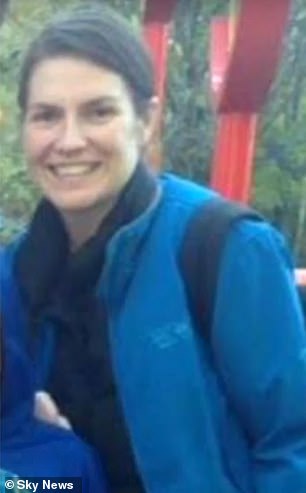 Anne Sacoolas, pictured, went back to the US to flee prosecution for Harry’s death, but his mother, Charlotte, fought so that she’s face charges in the UK

The mother admitted she had to reach out for help in order to overcome her grief.

‘I had to go and get help. It got to the point back in January, February where I relised I couldn’t go on the way I was anymore,’ she said.

‘I was losing strength at the rate of knots, I wasn’t sleeping, had gone back to not eating properly, of being prompted on when to eat. I was literally running out of seam, my mood swings were terrible.

‘Thankfully, working for family doctors like I had done for such a long time up until last year, I felt comfortable finally reaching out for help.

She urged people that were struggling with issues to reach out for help instead of trying to keep it to themselves.

‘It’s mixed emotions all the time. You can be on a massive hamster wheel, one day where you force yourself to get out of bed every morning and then days where you just keep going,’ she continued. 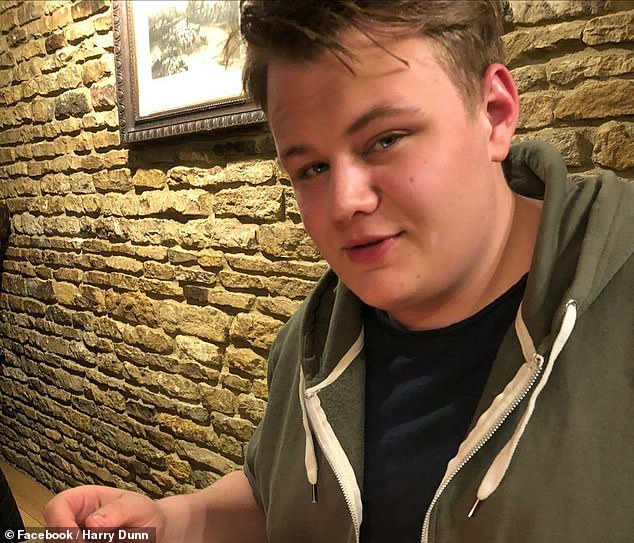 Charlotte said there were days where she didn’t know if she’d be able to get out of bed following Harry’s death (pictured: Harry)

‘You look for things to do around the house you don’t want that time to sit and think.

‘But actually, do you know what, the more you do that and the longer you do that, the worse it becomes because you just get to the point when you do get an hour of your time, your mind goes into overdrive or you start crying and you can’t control the stopping of it.’

Where is the Harry Dunn case now? Charles due to fly to US for Sacoolas deposition

The depositions are part of the ‘discovery’ process in the Dunn family’s damages claim, in which correspondence and documentation relevant to the case will be handed over ahead of a trial at the end of the year.

The damages claim, brought against Sacoolas and her husband Jonathan, has unearthed a great deal of previously unheard material, such as the State Department roles held by the couple at the time of the crash.

Alexandria District Court in the US state of Virginia heard the pair’s work in intelligence was a ‘factor’ in their departure from the UK, as they left for ‘security reasons’.

And she said that although time was helping to heal, everyday was still painful.

‘This time last year it was horrific. Everyday is still painful, everyday you still don’t know what you’re going to be like, the date is obviously more poignant as are Christmases and birthdays,’ Charlotte said.

‘But the true reality is that every day you have to wake up and find the strength to put one foot in front of the other and walk in Harry’s footsteps at home, everyday is a painful reminder he’s not here.

‘Bit by bit we are piecing together everything that we need to know, and that helps, it helps me feel like we are building that legacy for him, the truth will out.’

Explaining she took life day by day, Charlotte said she found it difficult to plan ahead, because she didn’t know how she’d feel every morning.

She added she wanted to be strong for the rest of her family and Harry’s siblings, including his brother Niles.

‘They have their whole lives ahead of them, I’m effectively halfway through mine, I do feel a responsibility to show them life can be lived again, even though I’m not quite sure yet on where to start.

‘Niles got all of his life ahead of him, he’s 21, we have to show him the way forward.