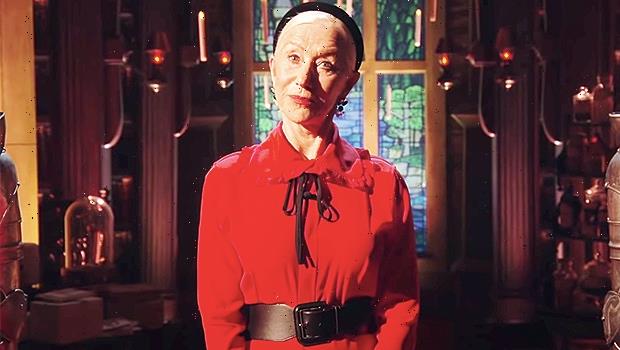 ‘Harry Potter: Hogwarts Tournament of Houses’ celebrates all things ‘Harry Potter.’ HL spoke EXCLUSIVELY with the producers about getting Helen Mirren to host and why this show isn’t just for superfans.

Harry Potter: Hogwarts Tournament of Houses is a four-part competition series that will premiere November 28 on TBS and as part of Cartoon Network’s ACME Night. Dame Helen Mirren is the host of this magical quiz show that’s celebrating the 20th anniversary of the film Harry Potter and the Sorcerer’s Stone. HollywoodLife spoke EXCLUSIVELY with the show’s producers Robin Ashbrook and Yasmin Shackleton about nabbing Helen as the host. 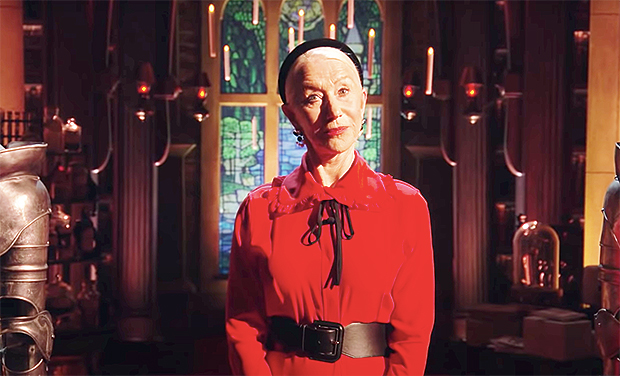 “Obviously, at first, we wondered whether it should be somebody from the movies,” Robin said. “We’re celebrating 20 years of The Sorcerer’s Stone, so the motivation for the show was the movie rather than the books. We discussed whether there was talent from that movie, but we quickly kind of came to the assumption that to celebrate something so big and its place in global popular culture, it would be better to find somebody who hadn’t been in the movies, that as soon as you saw them just made sense. Now, the Harry Potter movies are littered with British acting royalty, and probably the only one name, the greatest kind of British actor that isn’t in those movies, is Dame Helen Mirren. She made sense for us to celebrate its kind of global Britishness and the size and scale of the event. We were fortunate enough to find out that Helen Mirren was a fan of the Harry Potter franchise. Before we reached out to anybody at all, she was kind of number 1, 2, 3, 4, 5, 6 on the list. It doesn’t happen often, Avery, as I’m sure you can imagine. You usually end up going way down the list. But after one conversation with Dame Helen, she was in. Once she understood how broad the format was, that it wasn’t just for superfans, that it was for everybody, and it’s very much a family celebration, she pretty quickly said yes.”

“The whole tone of the show is that we want everyone to enjoy it,” Yasmin told HollywoodLife. “So whether you are a superfan and you’ve read all the books and watched all the movies 10 times over, you can enjoy this as much as somebody who’s kind of new to the world. We wanted to encourage that play-along at home. Even if you’re not really 100 percent on the answer, you can play along. A lot of the questions are multiple-choice questions for that precise reason. In terms of the question difficulty, I think we started off thinking that we had kind of a scale of pretty difficult questions. As soon as we started to talk to and meet Harry Potter fans for the show when we were in casting and we started giving them quizzes to test their level of knowledge, we were pretty blown away by the love these fans have for the films and for the books and how entrenched they are in the story. We quickly kind of realized that we had to make the question more difficult for them. We did a lot of run-throughs with Harry Potter fans to get that level just right. We rewrote and rewrote questions over and over again to make it challenging for them. That was the toughest part of all of this, just getting the level of question rights and make it challenging, but not to kind of disenfranchise people who weren’t superfans.”

The show is also for fans of all ages. “Kids love it as much as grandmas and grandpas love it. We really wanted to represent all fans. So if you’re watching the show, you can see yourself on the show, per se. For example, our youngest contestant on the show is 15. Our oldest contestant is 76,” Yasmin revealed. “They both have that ardent love for Harry Potter. I think we also wanted to showcase people from different backgrounds — people from across America, we have people who grew up in different countries. We really wanted to show the broad fanbase that it has and that it touches whether no matter what your job is, no matter whether you’re from a big city or from a very, very small town.”

Harry Potter: Hogwarts Tournament of Houses will feature some familiar faces from the Wizarding World. Robin admitted that they had so many cast members and celebrity fans who wanted to be involved. 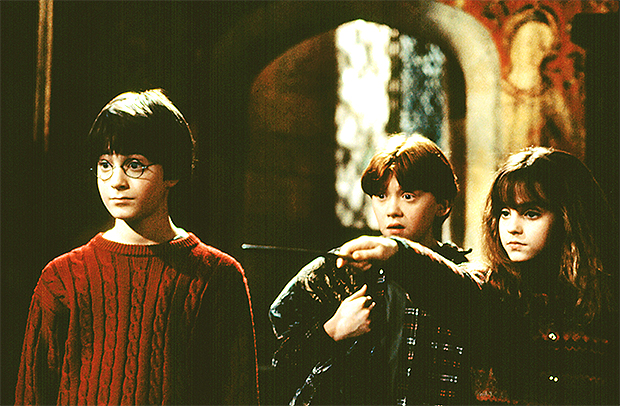 “In the same vein as Dame Helen, what you realize is that there is so much love for this franchise,” Robin noted. “As soon as you pick up the phone and ask people to remember what it was like filming it like in the case of Shirley [Henderson] and Tom Felton and so on. They’re a part of one of the biggest movie franchises, the biggest kind of stories ever, certainly in the last 20 years. They are more than happy to celebrate it. In the same way, we have appearances from celebrity superfans like Pete Davidson and Jay Leno. It’s not just those that were in it. It seems that it touches so many people in so many different ways that it isn’t hard to get people to come on board and share their love for the Wizarding World. In fact, it’s very rare when you’re trying to put these shows together that you end up with more people than you need. Honestly, we could do this for the next 10 years because there are so many people that want to be a part of it. I don’t think we’re ever going to run out.”

The Wizarding World competition event will consist of four parts, beginning on November 28 through December 19. In the end, one House will be crowned the new House Cup Champion.