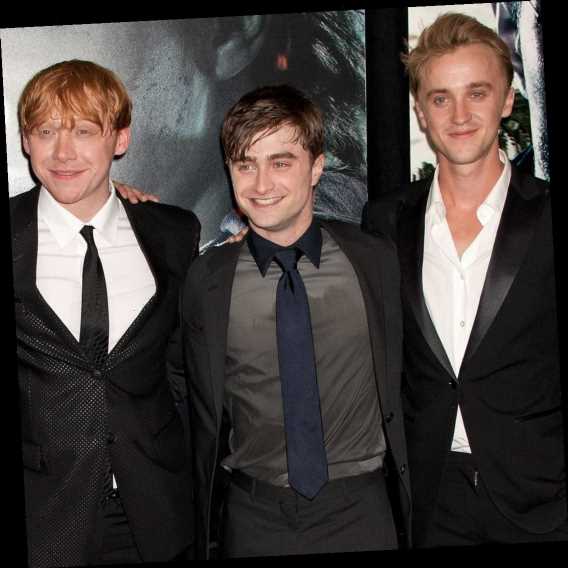 Danielle Radcliffe, Rupert Grint, Tom Felton and more came together to share memories from their Harry Potter days 19 years after the premiere of The Sorcerer's Stone.

If you sense magic in the air, there's a very good reason. The cast of Harry Potter reunited virtually to celebrate the 19th anniversary of the franchise's very first film, Harry Potter and the Sorcerer's Stone, delighting fans around the globe.

The live event, which was hosted by Tom Felton, aka Hogwarts' bully Draco Malfoy, via the platform Veeps, using the hashtag #19YearsLater to celebrate the film's legacy.

The cast reminisced about the fun times they had on set of the film franchise, which is one of the most successful of all time, and in 2016 expanded J.K. Rowling's magical universe with the spin-off film franchise Fantastic Beasts, starring Eddie Redmayne.

Rupert, who showed off pictures of his newborn daughter, revealed that he wasn't always the most professional actor on set and tended to laugh, even when his character was supposed to be serious.

"I remember on Potter it would always be the most inappropriate scenes, like Dumbledore's funeral was a particularly bad one. For some reason, I found that absolutely hilarious," he recalled. "And yeah, once you start laughing, it's very hard to stop. I had a particularly bad reputation, they used to call me 'Go Again Grint' because I could never do anything without doing it like 20 times."

He shared that in order to combat the giggles, he and Daniel had to film the famous scene when Ron meets Harry on the Hogwarts Express in separate takes.

Tom hinted at the Harry Potter reunion back in October, telling Us Weekly, "It's the 19th-year anniversary on Nov. 14, so I'm planning some sort of digital celebration. I'm trying to wrangle all the oldies back together again to celebrate the achievement, really."

While getting the whole gang back together is no easy feat (for example, Emma Watson, who played Hermione Granger, couldn't make the digital event) there have been smaller reunions over the years. Tom told the outlet that the cast uses WhatsApp in order to continue "staying in touch" and "making sure everything's alright."

And a bigger reunion could be in store as the film's 20th anniversary is just one year away!

As Daniel teased in the livestream, "My first thoughts are that this is but a mere preview of the nostalgia we'll be immersed in next year when it hits 20 years since the first film was released."