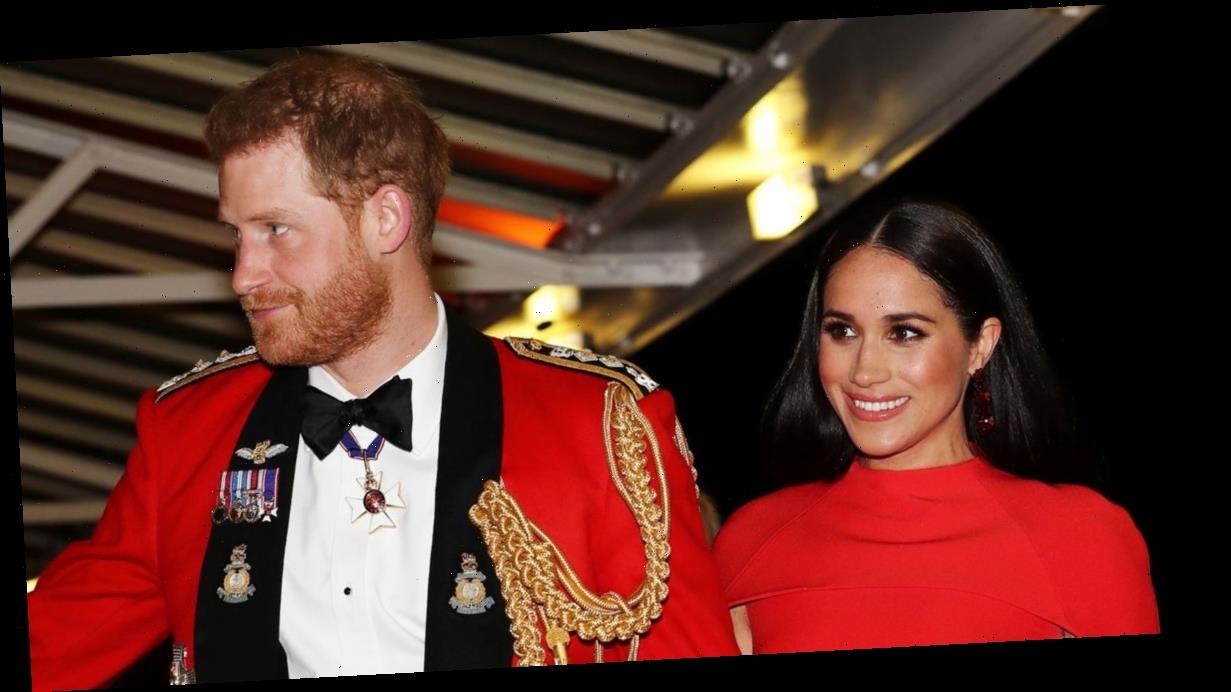 Harry and Meghan sent out a powerful message with their choice of outfits tonight – but the Duke of Sussex looked ill at ease as his wife oozed confidence.

The couple, making one of their final appearances before they quit as senior royals at the end of the month looked eyecatching at the Mountbatten Festival of Music at the Royal Albert Hall in South Kensington.

Meghan, 38, donned a vivid £1,100 gown from luxury Mayfair atelier Safiyaa. to match the Duke of Sussex's uniform – oozing confidence as she arrived at tonight's event.

It is the second time the couple have colour coordinated as they made their glamorous final outings in London as part of their tour before they step aside from royal life.

And while she might not appreciate the comparison, our expert Judi James believes there is a Melania Trump-esque side to her styling.

Describing their co-ordinating outfits, Judi said: "Red is the colour of extreme passions, from love right through to anger.

"It is also the colour of Harry’s uniform, meaning the duo have repeated their look of a tight, co-ordinated team of two here.

"Meghan’s choice of dress for one of her last appearances in the UK has to be seen as a version of non-verbal signalling as the message is so emphatic.

"This is not a sign of someone shying away from the public attention or spotlight, it suggests someone who is embracing it fully and with pride.

"The statuesque styling looks like a power statement as it closely mirrors the recent looks worn by the First Lady of America, Melania Trump , and Meghan’s body language reflects that mood of star status, confidence and resilience."

She said: "Harry looks like a man in a hurry, striding out ahead as he leads his wife by the hand, Meghan’s backward tilted posture looks straight off a runway as she smiles to engage with the crowds and her hosts.

"Harry’s forehead looks shiny with what looks like sweat, suggesting some tension, and his rounded, reflective eye expression, his clasped hands, and his finger-fiddling gesture hint at mounting pressure.

"Meghan looks like a woman who is taking it all in her stride but he is beginning to look as though he might be struggling."

The couple received long round of applause and a standing ovation from the crowd in the hall as they took their seats in the royal box as Harry appeared in his full Captain General uniform for what could be the last time.

Tonight is not quite the couple's final engagement as a part of the royal family.

The pair are set to appear in public alongside the Queen for the first time since they dropped their bombshell announcement they planned to step aside from royal life on Monday.

The Sussexes will appear alongside Harry's grandmother, his father Prince Charles, along with Camilla Parker-Bowles, and Prince William and Kate Middleton at the Westminster Abbey royal engagement before they walk away from royal life.

Harry and Meghan will appear with the senior members of the royal family for the first time since their January 'Megxit' announcement, in order to mark Monday's Commonwealth Day service.