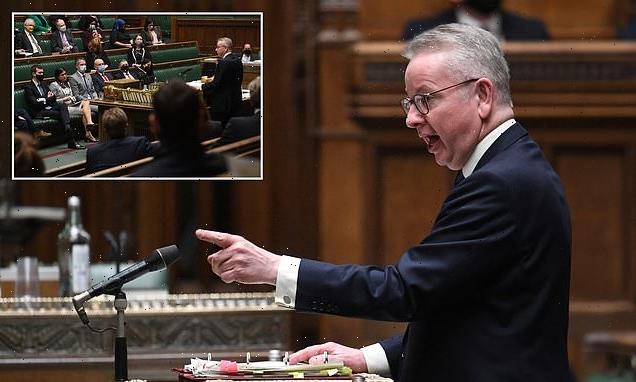 HENRY DEEDES: Catastrophe! None is too big for the Minister of Charm

Before the influx of foreign conglomerates, swanky London hotels used to be run by busy little chaps such as Michael Gove.

Alert, fastidious, they would patrol their marbled foyers with the eagerness of a rookie guardsman on sentry duty.

No task would be too menial, be it straightening the bellhop’s dickie bow or simply allaying the concerns of elderly ladies taking tea in the Palm Court.

‘No madam, I fear we’re fresh out of the fruit slice. Might I recommend the merits of the lemon and lime sponge finger?’ 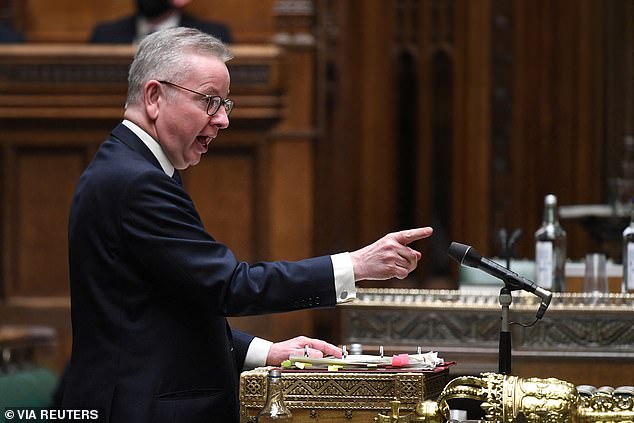 It is these charms in Mr Gove’s armoury that make him the Government’s go-to man when someone along Whitehall yells ‘crisis’. He is the clean-up artist. The soothing ointment on prickled skin. No cock-up irredeemable, no catastrophe too big.

Yesterday he came to the Commons to issue a statement on cladding in which he announced leaseholders in high-rise apartments would now not be lumbered with vast bills to replace fire safety defects.

Delicate issue this. Since that dreadful night at Grenfell Tower in 2017, thousands of homeowners have been in limbo, unable to sell their properties without forking out tens of thousands on remediation works. That it has taken four-and-a-half years for the Government to do something is a travesty. 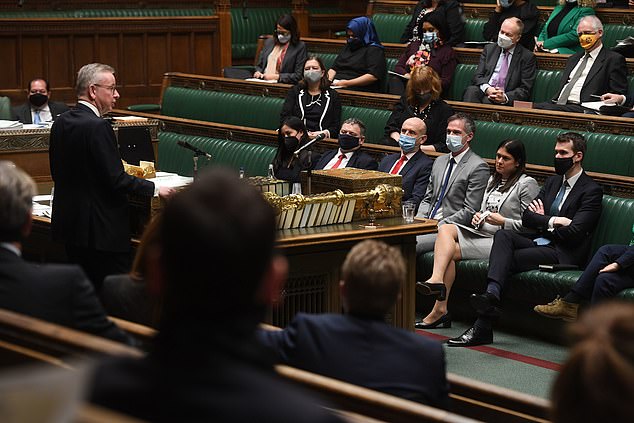 ‘Gove’s announcement of these measures will have been a relief to many homeowners, but perhaps an embarrassment for Robert Jenrick (Con, Newark) who, as previous housing minister, had proposed making leaseholders stump up through loans’

Faced with such a statement, most ministers would have arrived looking jittery. But Gove is of that rare breed of politician. He can take even the most desperate situation and make it appear as if all is under control.

He was ‘taking action’, he said. He was ‘addressing past wrongs’. He made the scandal sound no more challenging than a pothole. While he laid out his plans, the opposition tried to make life as uncomfortable for him as possible. Andy Slaughter (Lab, Hammersmith) growled customary unpleasantries, inaudible through his face covering.

Speaking of masks, John Spellar (Lab, Warley) wore a giant plastic visor covering his whole head. He looked as though he was off to defuse landmines in Angola.

Yet however hostile the questions thrown at him, Gove would listen intently, eyes fixed, lips puckered like an unopened tulip. Flattery was pumped out by the gallon.

Each reply he began with a rococo hip twist followed by an ‘I’m most grateful’ or ‘an excellent question’ etc. He even congratulated Daisy Cooper (Lib Dem, St Albans) on treating him to new experience: agreeing with a Liberal Democrat.

She shot back a simpering smile, the class swot awarded an extra gold star. Similar posies were tossed at Jeremy Corbyn (Ind, Islington North) which the old chap returned with a blank stare. 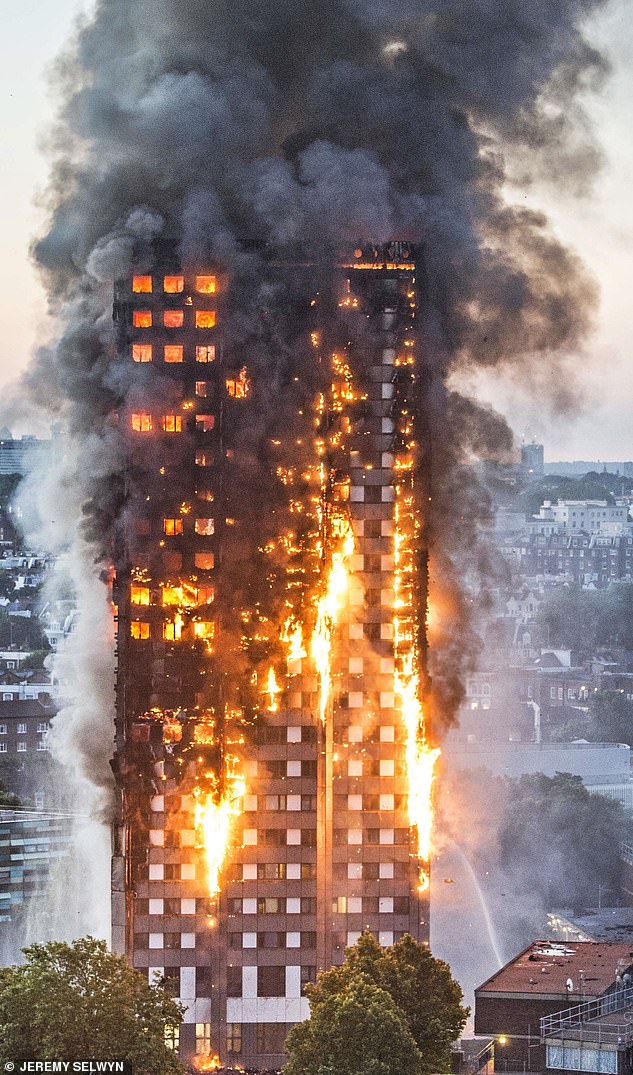 Gove’s announcement of these measures will have been a relief to many homeowners, but perhaps an embarrassment for Robert Jenrick (Con, Newark) who, as previous housing minister, had proposed making leaseholders stump up through loans.

Mr Jenrick sat at the rear of the chamber, his straining suit button suggesting he might have been a tad liberal with brandy butter over the break.

Called to speak, he said he ‘welcomed’ the proposals. Cue a volley of jeers from the opposition benches.

Gove sprang to his predecessor’s defence. ‘If you knew what I knew about how hard Robert had worked in order to try to secure justice you wouldn’t be trying to make a cheap point about it,’ he snapped.

The focus of Gove’s anger seemed to be Shadow Leader of the House Thangam Debbonaire (Lab, Bristol West) perched almost opposite him across the dispatch box. What she had said wasn’t clear. Gove’s sharp tone suggested it was something spiteful and witless, which sounds about right.

The only other thing to report from the day’s proceedings was the minute of silence in honour of Labour’s Jack Dromey, who died last Friday. The tributes that flowed around the House were suitably gracious and respectful. Sadly, we’ve become all too accustomed to these moments of late.