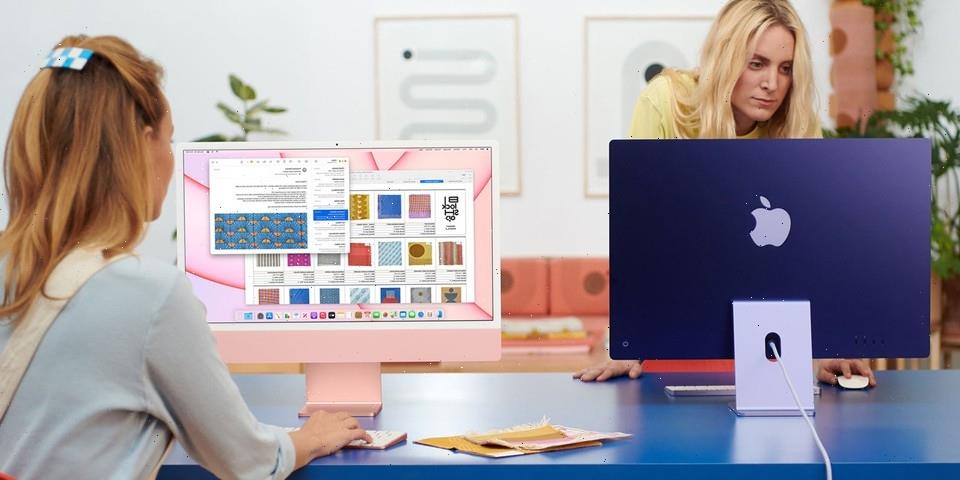 Apple released several new products and released information on major updates to its existing devices at its Spring Loaded event on Tuesday.

The highly-anticipated event began at 10 a.m. PDT and is available to stream on apple.com.

Here are all of the biggest drops from Tuesday’s massive tech conference:

1. Apple is finally releasing AirTags after much hype

After much teasing, Apple finally expanded its FindMy tech with the new AirTags accessory. The device connects to the FindMy app and can be attached easily to any item or device. As a bonus, the tech giant has partnered with luxury house Hermès and is releasing some high-end leather straps to hold the device.

Apple fans can begin ordering AirTags on April 23 for $29 USD apiece, with a four-pack of AirTags available for $99 USD. Read the full story here.

2. Apple debuted its new iMac in an array of stunning colors

Orders for the new iMac begin April 30 and it will launch in the second half of May. The 7-core GPU model will be available for $1,299 USD and its 8-core GPU counterpart is $1,499 USD. Read the full story here.

The impressive new iPad Pro come in an all-new design and features the impressive M1 chip that significantly boosts performance. The device also boasts a next-generation 16-core Apple Neural Engine, an advanced image signal processor, a unified, high-bandwidth memory architecture with up to 16GB of memory, two-times faster storage and up to 2TB capacity.

4. A new generation of Apple TV 4K is coming along with an all-new Siri Remote

Apple released designs for the next generation of Apple TV 4K. The device features HDR with Dolby Vision and boasts an A12 Bionic chip that provides a significant boost in graphics performance. An all-new Siri Remote works works in tandem with the device, creating a seamless viewing experience.

The Apple TV 4K device will be available starting at $179 USD and the new Siri Remote can be purchased for $59 USD. Customers can order the new Apple TV 4K beginning April 30, with availability beginning the second half of May.

5. The iPhone 12 is getting a refresh with a gorgeous new purple color