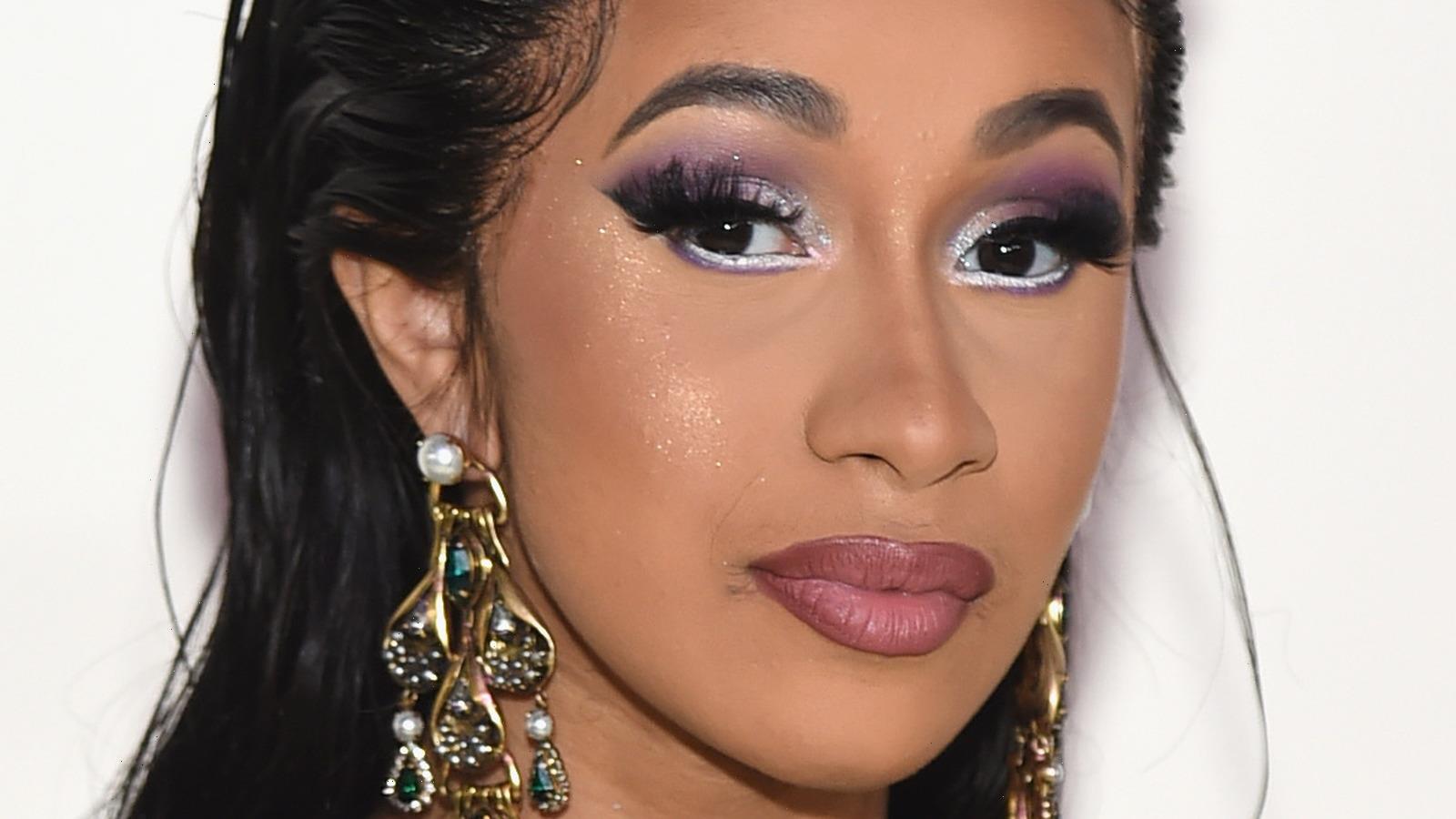 Rappers are known for sporting eye-catching tattoos and piercings, and Cardi B is no different. The “WAP” star counts at least 10 tats, including her sister’s name, Hennessy, on her arm and a colorful back tattoo. The latter, in particular, took her several months to finish, as she told fans on Instagram in May 2020. Sharing a clip of her new ink, Cardi wrote, “Okay guys! Soooo here it is! It took me several months but I’m finally finished. This is my back tattoo!”

She continued, “It goes from the top of my back to the middle of my thigh.” Her thigh originally sported a peacock tattoo, which has now been covered by colorful flowers. “Thank you @jamie_schene,” Cardi continued, thanking the tattoo artist behind the new ink, Jamie Schene. Later, Schene took to social media to explain the process behind Cardi’s massive tat. “60+ hours, more than 10 cities, it was an awesome project and a crazy experience,” he wrote on Instagram, sharing the same clip as Cardi. “Thanks for the dedication, strength, and hospitality.”

However, there’s one tattoo the rapper almost got done… and it was supposed to go on her face. Scroll on to read more.

Cardi B is 'thankful' she didn't go through with it 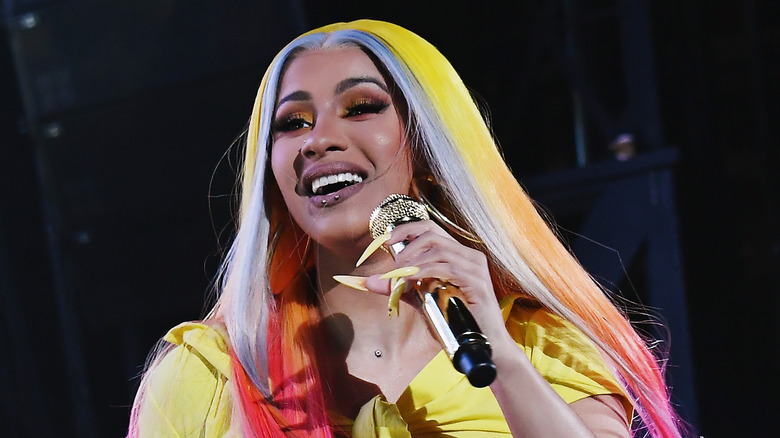 Apparently, Cardi B’s dream ink as a teenager was a face tattoo, as she recently told her fans on Twitter. “Everyday I’m thankful at the fact that [I] ain’t get this face tatt I wanted when I was 16,” she wrote on July 2. Of course, the next question is: What was the tattoo supposed to be?

“Little stars from the top of my eyebrow swirling down to my jaw,” Cardi explained, sharing a GIF of Spice Girl Mel B covering her face in shame. Of course, fans swiftly voiced their opinion under Cardi’s tweet. “Idk show me a design first I’m on the edge of love and hate,” one fan asked the rapper.

“I’m glad you decided against it sis,” a second fan wrote. “Oh no bby that ain’t gon work,” a third one agreed. Meanwhile, others think it could have been a nice tattoo. “That would actually been cute,” another fan replied. “Maybe for a look at a red carpet or a music video,” someone else commented. One fan even went as far as photoshopping the tattoo onto Cardi’s face to see what it could have looked like… and it’s not as bad as you might think.