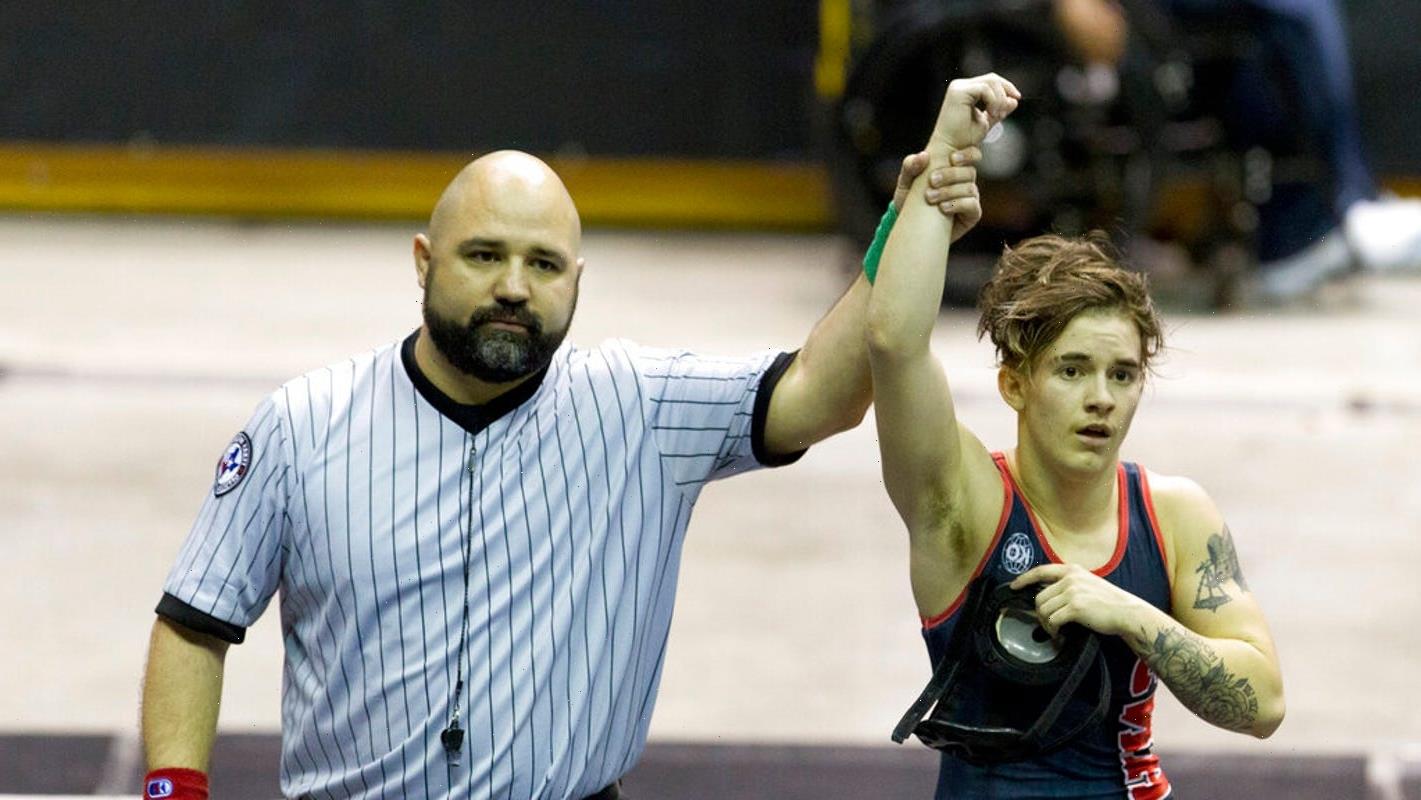 "Being transgender is not a choice,” said Huckman. “From the very beginning, I knew I was a girl.”

Huckman, a teen skier from New Hampshire, enjoys hanging out with her friends and posting makeup tutorials on YouTube. While the powerful and emotional documentary examines the more than 100 transgender state bills introduced in 2021 alone, all aimed to restrict the human rights of people like Huckman, the film goes beyond ideology  when it shows the humanity of the athletes themselves.

The documentary will make its streaming debut on HULU on Tuesday at the start of Pride Month. "Changing the Game," by Emmy award-winning filmmaker Michael Barnett, explores the intricate lives of three transgender high school athletes and how their fight for acceptance goes far beyond their sports.

A Black transgender female student is five times more likely to be murdered than her peers and according to a survey by GLSEN, 75% of transgender youth (age 0-17) feel unsafe at school and less likely to continue their education beyond high school.

School athletics are often a safe space for students as they navigate into young adulthood. However, with numerous discriminatory and anti-transgender legislation popping up all across the country, that safe space is shrinking.

“Someone like Sarah who just likes to ski and likes to teach it, may not be winning gold medals but that's not why she's doing it,” Alex Schmider, one of the film’s producers, told USA TODAY Sports. “That's not why most of these students are participating in sports. They're doing it for the life-saving aspects of being a part of the community, like learning how to win and learning how to lose. Some are finding out what it means to dedicate yourself and have discipline and be able to trust and be in teams with other people.”

Although hard-working and talented at Nordic skiing, Huckman says she often finds herself withholding her full ability in fear that others will discredit her wins against other female skiers because she was an assigned male at birth. 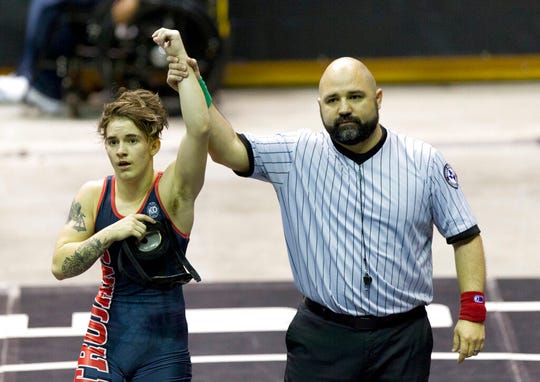 In this 2018 file photo, a referee raises the arm of Mack Beggs of Euless Trinity after he defeated Chelsea Sanchez of Morton Ranch to defend the Class 6A girls 110-pound title during the UIL State Wrestling Championships at the Berry Center in Cypress, Texas. (Jason Fochtman/Houston Chronicle via AP) (Photo: Jason Fochtman, AP)

Mack Beggs, who made national headlines in high school when he became the Texas State Champion in girls wrestling, found himself questioning the fairness of his participation on his route to an undefeated season his senior year. The University Interscholastic League, which oversees sports in Texas public schools, ordered Beggs to continue competing in the girls’ division, as the Washington Postreported in 2017.

The film shows how Beggs always thought it would make more sense  to compete against boys. “I don’t think it's fair. I don’t think it’s fair to anybody,” said Beggs.

The support that Beggs receives from his grandparents who raised him — who are self-proclaimed “southern Baptist to the core” and Republican — is a message of acceptance that Schmider hopes viewers take away.

When Beggs told his grandparents that he was a boy, Beggs' grandmother searched her bible in hopes of finding scripture to affirm her belief that what her grandson was doing was wrong. She says in the movie she found nothing and thus became one of his biggest advocates.

Another poignant part of the film Schmider hopes will resonate with viewers is that through moments of hatred and bigotry — often from parents of athletes these children were competing with — there is a sense of hope and resiliency transgender students rely on to push through their daily battles.

Andraya Yearwood, a track athlete in Connecticut who competed on the girls' track team, was often met by furious parents in the bleachers who threw hateful, transphobic comments her way.

"Where do you locate that so-called 'right to be included.' They don't have a right. They aren't girls," a father in the movie asked in disbelief.

Yearwood, who has become an inspiration to other Black transgender women, said she loves that she can compete as who she is, and not be excluded from an activity everyone should have the right to access. .

"If you don’t perfectly conform to gender expectations, it affects all of us. It’s about self-definition and self-determination and being accepted for who you are and being able to live safely and fully yourself. I hope people understand that this is their fight, too."