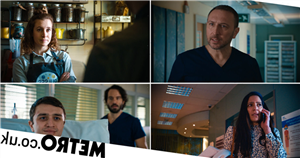 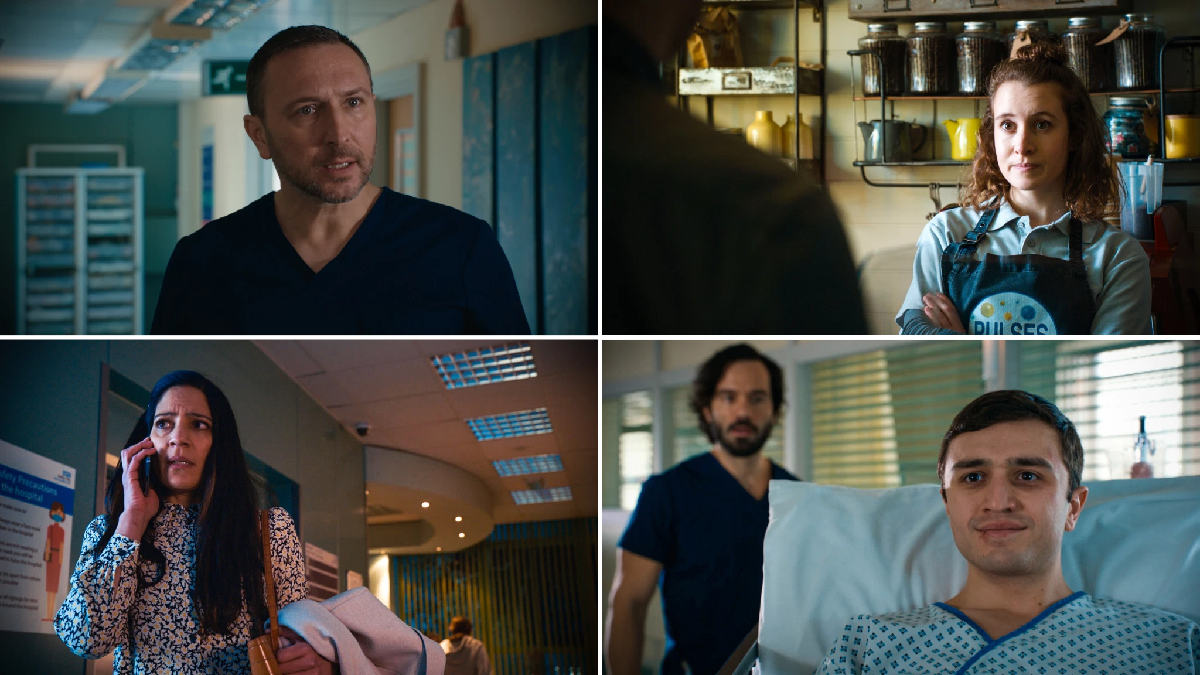 In possibly her worst set of decisions ever, in this episode she decided that Kian was ready to withdraw completely from the pills he’s been taking – on the very day he had to do a very stressful operation on friend and drugs mule Andrei (Sonny Poon Tip). Obviously this was never going to work so she did offer Kian a bit of an ‘enlivener’ half way through the procedure, and he managed to save Andrei’s life.

Meanwhile, Lucky had been trying to cancel her call to social services about Andrei being an at-risk patient. Social worker Connor, (Mark Jordan) having missed her later messages, turned up to assess Andrei. Lucky fobbed him off using her own personal charms, which worked beautifully and Connor even invited her out for a drink. She blushed prettily and said she already had her eye on someone else, at which point Connor advised her to seize any chance of happiness. So she tried to seize Kian by telling him, ‘We could have something special.’ Of course she’s always been deluding herself about her relationship with Kian and he told her he wasn’t interested in her romantically.

Later, Evie Fletcher (Phoebe French) overheard Connor and Lucky talking about Andrei, after Fletch (Alex Walkinshaw) had told Connor what was really going on. And now Evie and Andrei have vanished together, and once more we left Kian on the floor in a semi-conscious state – caused this time by Fletch punching him in fury rather than by drugs.

We learned this week that Dominic (David Ames) has withdrawn his complaint against Sacha (Bob Barrett), so Sacha was able to return to work. Dominic was not thrilled to discover that Sacha is not going to give his clinical lead job up, though. Dom was sure he had the job in the bag. ‘May the best man win’ Sacha said, which was not comforting news for Dominic given that a patient called Kathy (Rachel Tucker) had spent the day insisting that Sacha was the only doctor for her, and Donna (Jaye Jacobs) had backed this up with her own special brand of muttering.

When Hanssen consulted Max (Jo Martin) about whether Sacha or Dominic should get the job, he was in favour of giving it to Sacha. Max said there was still a question mark about Sacha’s integrity and she backed Dominic. At which point we discovered that it was Dominic who went to Hanssen with reports that his mother Ange (Dawn Steele) has been having an affair with a junior colleague.

Earlier, Hanssen had called both Ange and Josh (Trieve Blackwood-Cambridge) to his office separately to discuss the allegations. Rather than denying it, both of them seemed fairly keen to supply details.

Josh in particular was very forthcoming about the venues for their liaisons: ‘Consultant’s office, various store rooms, theatre – once – ladies’ toilets, locker room…’ Hanssen was appalled. ‘Are you telling me that you’ve been having sex in a sterile environment in this hospital?’

Sue Haasler is the author of five novels and the official BBC Holby City book, which you can read about here.