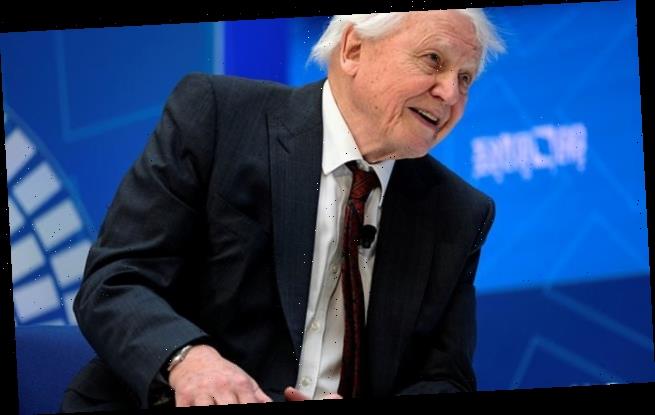 Holographic David Attenborough will describe plants from Kew Gardens on people’s phones as part of a £4.4 MILLION augmented reality app to ‘demonstrate the power of 5G’

Sir David Attenborough is to be transformed into a holographic tour guide thanks to a new augmented reality (AR) app designed to demonstrate the power of 5G.

Sir David, 94, will front the app, which is currently without a name and does not have a release date but is expected in 2022.

The famed naturalist will appear in the app as a digital overlay on the real-world and give talks and information about certain rare and interesting plants at Kew Gardens. 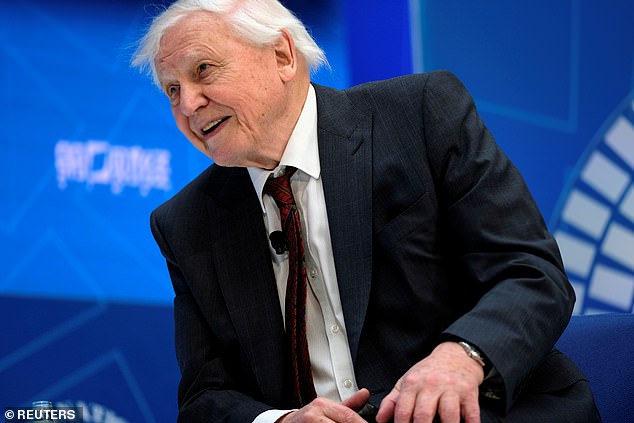 Sir David Attenborough, 94, (pictured here in 2019) is to be holographically beamed into people’s living rooms via their smartphones thanks to a newly-released augmented reality (AR) app

BBC Studios is working on the project with immersive content company Factory 42, EE and the Royal Botanic Gardens.

It is expected to be released in early 2022, alongside Sir David’s documentary ‘Green Planet’.

It is in the early stages of development but will likely work in a similar way to the poplar mobile game Pokemon Go, with digital aspects being overlaid over images of the real world captured through the smartphone’s camera.

The scheme is expected to cost £4.4million, but a new Government fund of £28million will contribute £2.27million to the cost.

Renowned broadcaster and naturalist, Sir David, 94, received the Oxford/AstraZeneca jab last week, according to the Sun.

A source told the paper: ‘Sir David was always keen to get vaccinated, and support both the current programme and the NHS.

‘Of course, as well as his family and loved ones, millions of animal fans across the globe will be delighted – this is brilliant news.’

The national treasure, who recently returned to our television screens with a new five-part BBC series of A Perfect Planet, earlier told the Telegraph he was keen to get the jab, saying: ‘At 94, I think I’m entitled!’

However, the veteran natural historian previously admitted that the prospect of having a jab made him a little squeamish.

He added: ‘I’m sufficient of a scientist still, I hope, to realise this is the thing to do.’

The Government initiative hopes to establish various products that showcase the capabilities of 5G mobile internet, which is becoming more common around the UK, with more smartphone models incorporating 5G compatibility.

Some of the other projects receiving backing from the Government include 5G driverless taxis that will ferrying people around the stadium of MK Dons.

Milton Keynes has been a British pioneer for self-driving technology, owing to its well-documented and structured layout. In 2018 it was the first place in the world to receive ‘autonomous package deliveries’.

A different scheme involves using 5G to power replays of sporting events at the O2 arena in London.

The ultra-fast internet will send replays swiftly to the phones of spectators.

On the Isle of Wight, people will be encouraged to take up yacht racing using immersive virtual reality experiences, to see how it could benefit the sports industry.

Yard cranes powered by 5G will be tested at the Port of Felixstowe, and at Bristol Port 5G will enable the real-time tracking of goods on the move, in a bid to establish resilient ‘ports of the future’ that are smoother and more secure.

Cameras, drones and sensors powered by 5G will also get to work at BAM Nuttell’s construction sites in Kilsyth, Glasgow and Shetland.

Digital Infrastructure Minister Matt Warman said: ‘The projects we’ve selected will demonstrate how the blistering speeds of 5G can put some rocket fuel in our economy and help businesses bounce back from the pandemic.

‘5G Create is about exploring new and inventive ways we can use 5G to give British industries a competitive advantage.

‘This cutting-edge app, fronted by broadcasting legend Sir David Attenborough, is set to be an inspiring example of how new technology can reconnect us with the natural world whilst demonstrating the power of 5G to a huge new audience.’