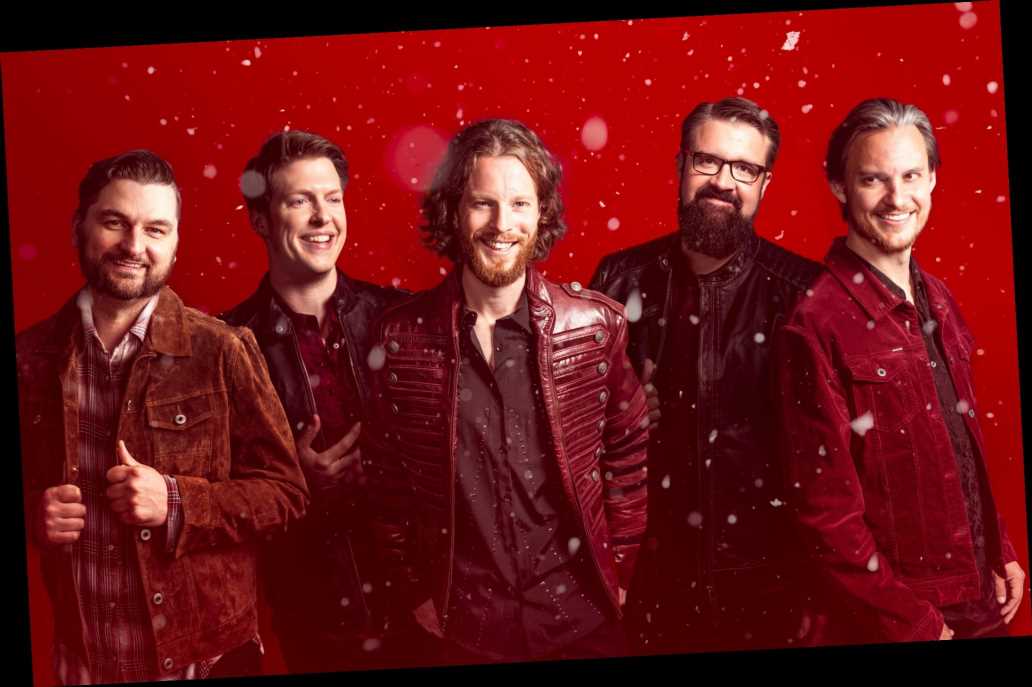 The five members of Home Free know exactly what they want as gifts this upcoming holiday season.

Off of their latest record, Warmest Winter, which debuted earlier this month, the song and its accompanying music video let everyone know that all they want as a gift for Christmas is — as the song's title states — some "cold hard cash."

The themed three-minute-long clip finds the five group members singing about getting some money for the holidays, as Santa Claus himself makes an appearance in the fun-loving video. Describing the music video as "one of the most fun videos we've ever done," Chance, 37, also shares with PEOPLE that "it means even more that we were actually together for the shoot," amid the ongoing coronavirus pandemic.

"All of the other videos we've released over the last eight months were filmed apart from one another in our homes, and since we live in different cities across the nation, it felt great to be back together in the same place again," he continues. "Our video team did an incredible job with props and set design, and all we had to do was show up and have fun."

Brown, 34, who is one of the song's co-writers, also details how the idea of the song initially came to be. "I think we've all been given a gift at Christmas that we know we'll never use and selfishly wish we had the money spent on that gift instead," he shares.

"Funnily enough, the idea behind 'Cold Hard Cash' initially sprang from me being given an over-abundance of socks one Christmas. I brought it up to my cowriters as a joke at first, but once we actually started feeling it out and writing it, it turned into this fun song that everyone seems to really vibe with," he adds. "It's honestly hilarious to me that folks are enjoying this song as much as they are, but I absolutely love it. And after hearing this song, I doubt my family will give me socks for Christmas ever again."

Warmest Winter is the group's latest release and follows their previous Christmas-themed albums, 2014's Full of Cheer and  2016's Full of (Even More) Cheer.

Alongside "Cold Hard Cash," the new LP also features covers of classic Christmas tracks such as "What Christmas Means to Me" and "Run, Rudolph, Run," as well as other original tunes, such as the heartwarming song, "What We Need Is Love."

Next month, on Dec. 2, the group will also premiere their Warmest Winter Holiday Special, which will see the acapella stars "hosting their very first, holiday-themed variety show," per a press release. The special is set to stream worldwide six times through Dec. 5th.

"The entertaining event will be stacked with comedy skits, bright new performances by Home Free of their Warmest Winter songs, plus special guest appearances from the Oak Ridge Boys, Alabama, Rachel Wammack, Striking Matches and more," the release adds.