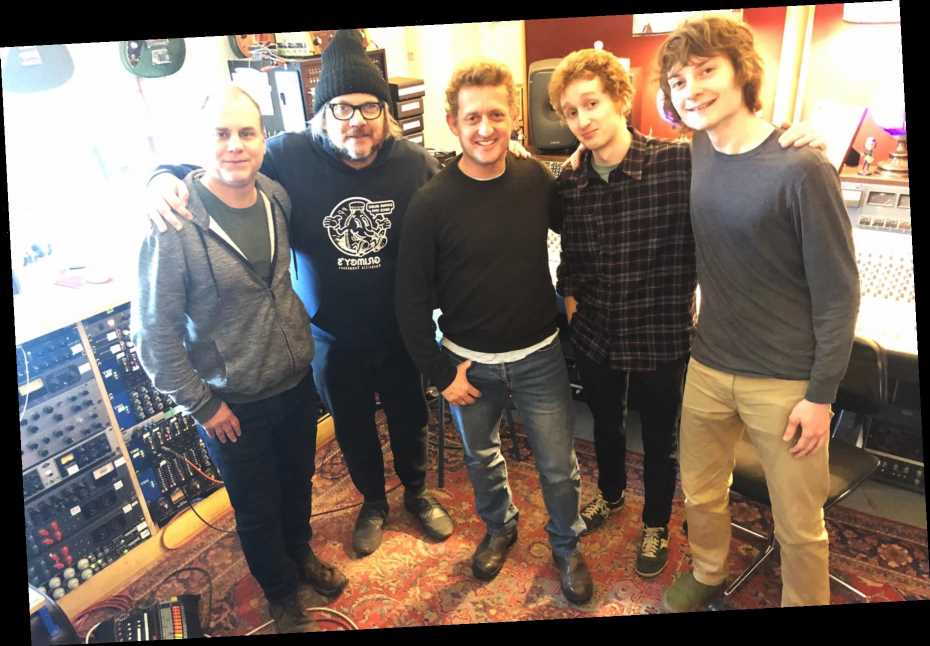 Filmmaker Alex Winter is perhaps best known for the youthful excitement of “Bill S. Preston, Esq.” in the Bill and Ted movies, but he has since gone on to become an award-winning documentarian.

He was 10 years old when he started acting and kept at it until he was 25, after which he decided he needed a break. Now, for a new documentary, Showbiz Kids, he’s taking a moment to reflect on what it meant to be a child actor for himself and others.

“I experienced all the highs and lows that one associates with this world and felt that there had never been a film that thoroughly explored both the personal impact of this life and the broader social implications,” he says. “This isn’t a salacious examination, but an intimate journey through the history of the entertainment industry through the eyes of its working kids.”

The film is still in production — Winter has his hands full both with his highly anticipated Frank Zappa doc, which premieres next week, and the upcoming Bill & Ted Face the Music — but when it’s done it will feature interviews with several prominent actors who started their careers as children. Bill Simmons (30 for 30) is producing the film, which is set to air on HBO this fall.

In the meantime, as he has been assembling his footage, he knew exactly how he wanted the film to feel — beginning with its music. Winter has been a long-time fan of Jeff Tweedy’s music, going back to the Wilco frontman’s days with alt-country firebrands Uncle Tupelo, and found himself putting in some of Tweedy’s recordings as guide or “temp” music.

“I normally temp with movie scores, but I was finding that I was using Tweedy music — mostly solo and family stuff,” the filmmaker says. In addition to Wilco, Tweedy also records music with his son Spencer under the name Tweedy. Winter also used music by the arty post-punk group the Feelies and “a lot of stuff that has that vibe to it.”

“That was really all that movie was responding to — in a good way,” Winter says. “It really likes that stuff. So I thought, ‘Well, hell, why don’t I just ask [the Tweedys] to do the music?’ I also was really drawn to a band made up of a father and his sons, as family and those relationships play such a big part in our story.”

Winter sent the Tweedys a cut of the film and explained why their music worked so well. “The soundtrack has a lot of emotion and intimacy,” Winter says. “The movie is very intimate and personal, and I wanted the music to feel like more than just score. I wanted it to feel like another character in the movie. Jeff, Spencer and [Jeff’s other son] Sam have so much personality in their music, so it just adds an enormous amount to the doc.”

Spencer and Sam say they got what Winter was going for immediately. “It’s a pretty weird thing that exists in the world that young people can become famous,” Spencer says. “We haven’t experienced any level of fame anywhere near the subjects of the film, but we were excited that Alex was examining that and potentially helping people understand what those experiences can be like.”

“When we made the sad pieces, like the pieces for scenes that showed just how much it sucks to be a child actor, I felt it — having had the slightest vision of what it’s like for our dad to be known a little bit when he walks down the street,” Sam says. “Also being a young person, so it was putting two and two together and meditating on it.”

To tap into the mood of the film, the Tweedys also challenged themselves to write differently. In the past, the brothers would usually take a chord progression that Jeff had come up with and then add to it. For Showbiz Kids, they looked at the cut and listened to the temp music Alex had placed and they built up their pieces systematically. One of them would play an electric-guitar progression or a synthesizer drone and then they’d use other instruments to add layers and depth to it. “It was more like we were making a stew together,” Sam says.

“The best part of the project for us was to have an excuse to try out some new approaches to composing together,” Spencer says. “It was really a new way of working and it was really rewarding. Especially when it comes to the work that Sammy does with synthesizers. We don’t always have an outlet for drone things or sequenced things, so it was an opportunity to combine some synthesized stuff with acoustic instruments. It was a challenge we’re all grateful that Alex gave us.”

Recently, Winter visited the Tweedy family’s studio in Chicago and brought this son Leroy — a major Wilco fan — with him to meet the musicians and hear the music. Although Sam had returned to college by then, Jeff and Spencer welcomed the Winters warmly. “My son was gobsmacked,” Winter says. “We spent the day listening to the mix and it was really lovely to be there.”

“They’re both obviously really sincerely in love with music,” Spencer says. “We pretty much got to listen to the material we had worked on and make a couple of adjustments together and have lunch.”

“Tweedy’s music is a perfect fit for the tone of the film,” Winter says. “I also was really drawn to a band made up of a father and his sons, as family and those relationships play such a big part in our story.”

That’s also something that resonated with the Tweedys. Sam says working on the score brought them together, and he’s excited to see where the collaboration takes his brother, his father and him next.

“I think it’s interesting how it’s not going to be the ‘Tweedy sound’; it’s a new Tweedy sound,” Sam says. “I’m excited that we’re using that moniker for the score and yet it will have only the kernel of Tweedy-ness and it will sound totally and utterly different from that.”