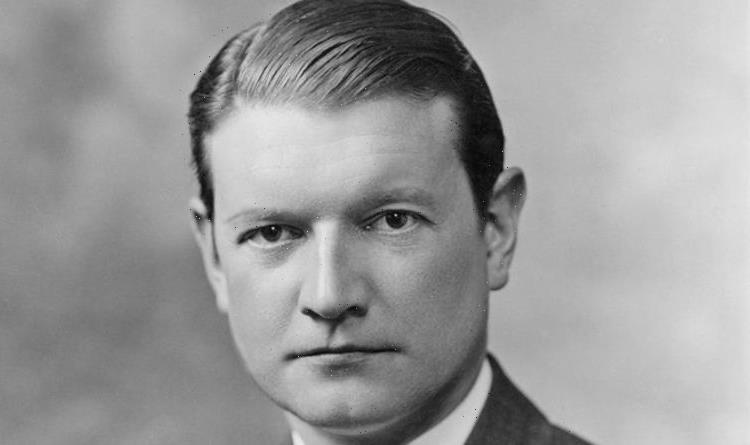 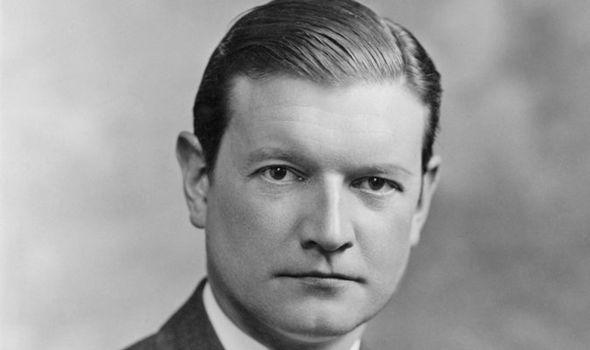 To the nation and to the world they were the embodiment of British wartime spirit – a King and Queen bravely, selflessly, overcoming their personal fears to lead their people through the agonies of the Blitz and beyond. After Nazi bombs had fallen on Buckingham Palace, Queen Elizabeth declared: “Now I can look the East End in the face.”

The reluctant King, only three years into the job, conquered his stutter to rally the nation and empire through his radio broadcasts.

They were magnificent. In many ways, theirs was the finest hour of royalty in a thousand years of monarchy in this country.

Yet to one pair of jaundiced eyes, the Royal Family did not deserve their almost godlike status during the Second World War – they were mere human beings like the rest of us, to be portrayed warts and all. And Sir Henry “Chips” Channon spotted a lot of warts.

A chirpy little cuckoo who perched himself in high society’s nest, Channon labelled Queen Elizabeth “snobbish and insincere”. The king, he wrote, was “a dullard”. The sovereign’s younger brother — Harry, Duke of Gloucester — was “nearly half-witted” and his wife Alice “an awful bore”. The king’s sister Mary, the Princess Royal, was “ridiculous, charmless, cross and stiff”. Queen Mary, widow of King George V, was “a hard-hearted woman”, “narrow and cowardly”.

Was he accurate in these descriptions? And how had he, the son of a Chicago shipping mogul, found himself in a position to cast such judgments?

All becomes clear in the second volume of the Chips Channon diaries, covering the years 1938-43, which were published yesterday.

At more than 1,000 pages long, this electrifying portrait of life in the wartime corridors of power is only the second of three volumes, for Channon was an obsessive chronicler of all that he saw, met and felt during the middle years of the last century, and wrote some two million words about the rarified world in which he moved.

A heavily censored edition came out posthumously in 1967, and, even with most of the juiciest material cut out, still caused a scandal.

Now, some 60 years after his death, Sir Henry’s family have given their approval for the unexpurgated diaries to be published, edited expertly by historian and journalist Simon Heffer.

The new diaries are a breathtaking achievement, full of delicious gossip, but in his climb to the top of society he takes no prisoners.

“The royals are really untrustworthy,” he scathingly notes in 1940, when a German cousin of the House of Windsor, Prince Fritzi of Prussia, was interned in Britain. “It is disgusting… the way people persecute this poor boy,” blithely forgetting that the prince was no different from all the other Germans rounded up at the start of hostilities.

A year earlier he had complained that the Windsors were “a violent, disloyal family, always arguing about one another”.

Predictably, he sided with the Duke of Windsor, cast out after his abdication: “The Royal Family behaved shabbily [towards him], like true Hanoverians.”

He saves some of his most spiteful criticism for George VI – a reluctant King, who’d been thrown in at the deep end and was still feeling his way when war was declared.

“The King has become known as RS, rubber stamp, as Winston [Churchill] has absorbed all the power and is, in fact, a virtual dictator,” he wrote at the start of the Blitz.

He then goes on to quote his friend and neighbour the Duke of Kent, who over latenight drinks offers his opinion on his older brother and sister-in-law, who he calls “grinning Liz”.

“He says they are inept, ineffectual and inexpert and have no influence in Whitehall, Westminster or anywhere. They never answer letters and are treacherous friends and hopelessly lazy. The Queen’s ladies-in-waiting are terrified of her.”

When today we picture the Queen Mother — that twinkling, charming, maternal figure — this is scorching, scabrous stuff. Channon admits that the Duke is piqued by snobbery, thinking Elizabeth’s family background insufficiently regal for her to be a convincing Queen.

“How the Duke hates them,” notes Channon, “but I suspect jealousy.”

He wallows in this high-octane gossip but, despite the occasional stab of malice the truth is in there somewhere, and he is obsessively determined to get everything he hears down on paper at the end of each champagne-filled, cigar-smoked, day.

While the nation gives thanks to the royals for turning out almost daily, shaking hands, stumbling over bomb sites and thanking them for their part in the war effort, those in the corridors of power take a dimmer view.

One night the newspaper proprietor Lord Kemsley, owner of the Daily Telegraph, invites Channon to dinner and launches into an attack on the royals, “whom he accuses of ineptitude, incompetence, and lack of imagination… the monarchy is in peril. It is certainly true the royals have lost ground and whatever popularity they may once have had has faded to nothing.”

As so often, Channon is proved to be wildly wrong in his judgments – he’s a clever man, carried away by the belief that his prejudices represent the general viewpoint.

But how wrong he can be!

George VI’s speech impediment — sympathetically brought to the cinema screen by The King’s Speech starring Colin Firth and focusing on the sovereign’s desperate struggle to overcome his stammer — is treated with contempt.

“The King should never be allowed to broadcast,” he writes dismissively. “It is deplorable and he sounds almost idiotic.”

Yet we now know his subjects were deeply moved to hear their determined King struggle to get his words out as they listened to him on the wireless. Still, Channon was sharp as a tack. He was the first person to predict the young Prince Philip of Greece would wed the teenage Princess Elizabeth. His contacts were second to none.

But just as with his social commentary, Channon’s political judgments — he had been Conservative MP for Southend since 1935 — were usually prompted by bias and snobbery, and his dream of achieving high office was never achieved.

Nonetheless, his diaries are of huge importance to anyone interested in the way the world of the powerful and well-connected worked during the middle of the 20th century.

The trouble with their author, it becomes clear as you turn yet another gossip-drenched page, is that he’s a man dazzled by his own brilliance and the position he finds himself in. An outsider — an American — he nevertheless has an Oxford degree, a titled heiress for a wife, a house in Belgrave Square with a British prince as his next-door neighbour, a safe Parliamentary seat and more money than he can spend.

Yet still, he wanted more. He wanted to beat the Establishment at its own game, craving a peerage, feeling snubbed when he didn’t receive an invitation from Buckingham Palace, building himself an ornate, preposterously overblown dining room in his Belgravia abode.

He notes the foibles, sexual and otherwise, of his famous friends and – intriguingly – his own. He is bisexual, enjoying romps with Prince Paul of Yugoslavia and yearning for a caress from the Duke of Kent, yet becomes jealous when his wife Lady Honor, a Guinness by birth, cheats with her ski instructor.

When his marriage breaks down (and the Duke of Kent is dead in a flying accident) he speculatively eyes the Duchess of Kent as a future lover, failing to realise he’s no more than a figure of fun to his next-door neighbours – nice enough, but not quite aristocratic enough to cut the mustard.

If all this makes Chips Channon sound like a reptilian figure, that would be only partially right. He was much-loved (though not by all) and the very fact he was an outsider trying desperately to climb to the top of the social tree provided all the qualities needed for him to observe, listen and record a series of diaries which are spectacular in their breadth and detail.

There’s room for observations on others – Camilla Duchess of Cornwall’s great-grandmother Alice Keppel (once the mistress of King Edward VII) was still around during the wartime years, drinking champagne as if there were no tomorrow.

“She was ambitious and wanted to be a social figure,” he wrote on hearing of her death. “But it was her wicked tongue and treacherous nature more than the immoral life which brought about her end. She ruined men, fastened on to them – and latterly she took to rich ladies.”

Shocking, snobbish, dishing the dirt – and unputdownable – the life and times of Chips Channon has something for everyone in its 1,097 pages.