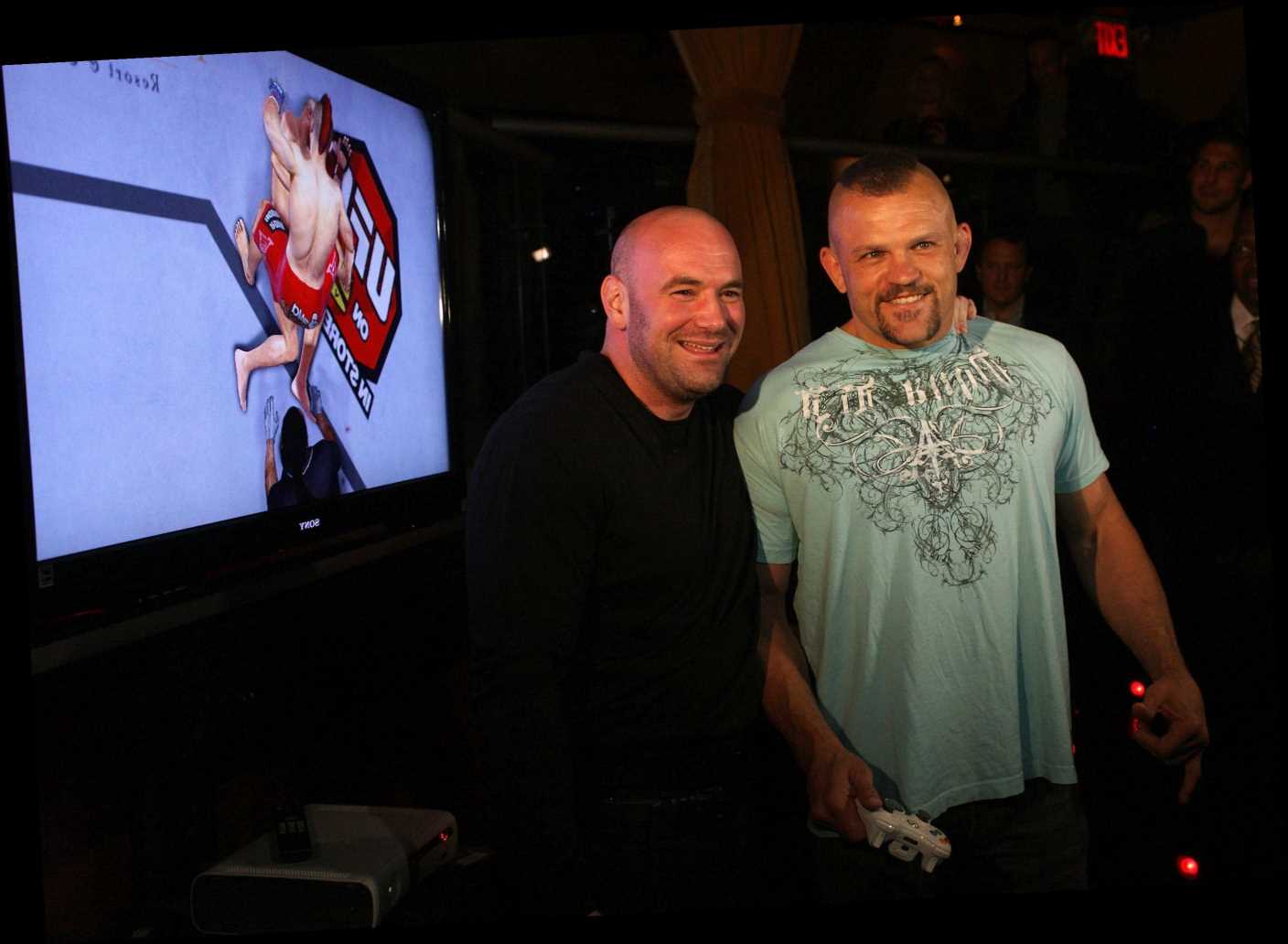 DANA WHITE once won a $5,000 bet after UFC legend Chuck Liddell 'beat the crap' out of a hotel security guard.

White had a close friendship with Liddell, as he used to manage the light-heavyweight's career. 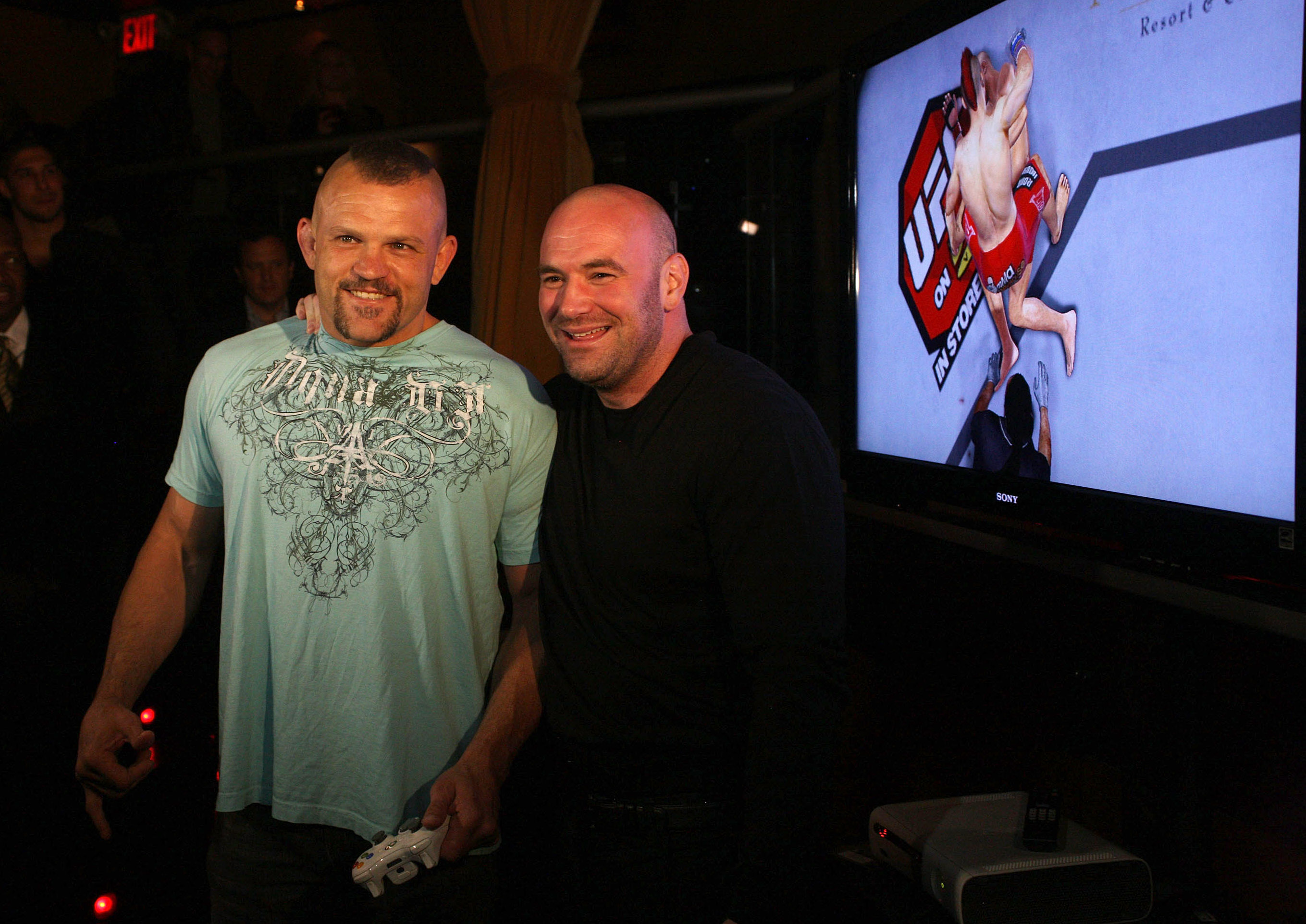 But after his school friends Frank and Lorenzo Fertitta bought the UFC in 2001, he was made the company's president.

In their early days, before they became the flagship of MMA, the UFC would go on tour to promote their brand.

And it was on one trip in America, that White pulled out five grand from his pocket and bet a security guard that Liddell would tap him out within two minutes.

In Liddell's autobiography, he wrote: “Those first few years no one knew us on the East Coast. I toured Ibiza, Spain, with Dana and was stopped every five feet.

“But in Boston or New York or Philly, I was just some guy with a Mohawk people crossed the street to avoid.

"One night we went out after a day of pushing the UFC and wound up at our hotel at around two in the morning.

“It was a fancy place, not the kind of joint where you’d try to take someone down in the lobby. But the basement, that’s another story.

“While I went straight back to my room that night, Dana got into a conversation with one of the hotel security guards, who wanted to know what was up with Dana’s buddy with the tattoo on his head.

“Dana told him I was a UFC fighter. The guy’s first response was ‘This is all crap. None of that stuff is real.’

“Dana answered, ‘I’ve got five grand in my pocket and I guarantee that you can’t last five minutes with Chuck Liddell.’ The guy took the bet.

“Then Dana called me down into the lobby. He told me he had five grand riding on me to beat the crap out of this hotel security guard, who used to be a high school wrestler.

“I had two minutes to make him tap out. Anything less, and Dana was out five thousand bucks.

“Within a few minutes a large portion of the hotel staff were in the lobby of this four-star hotel at two in the morning to see the ultimate fighter take on the hotel security guard.

“It was like the old days of Vale Tudo fighting in Brazil – we were all part of the circus, just looking to entertain the masses, make a few bucks, and win a few fans.

“And, in less than two minutes, just as Dana asked, it was over.

“Before the guard could make a real move, I put him in a neck crank that was so fierce he started yelling, ‘I can’t see, I can’t see’.

"I let him go and he was writhing in pain on the ground, Afterwards Dana and I went out for cannoli. 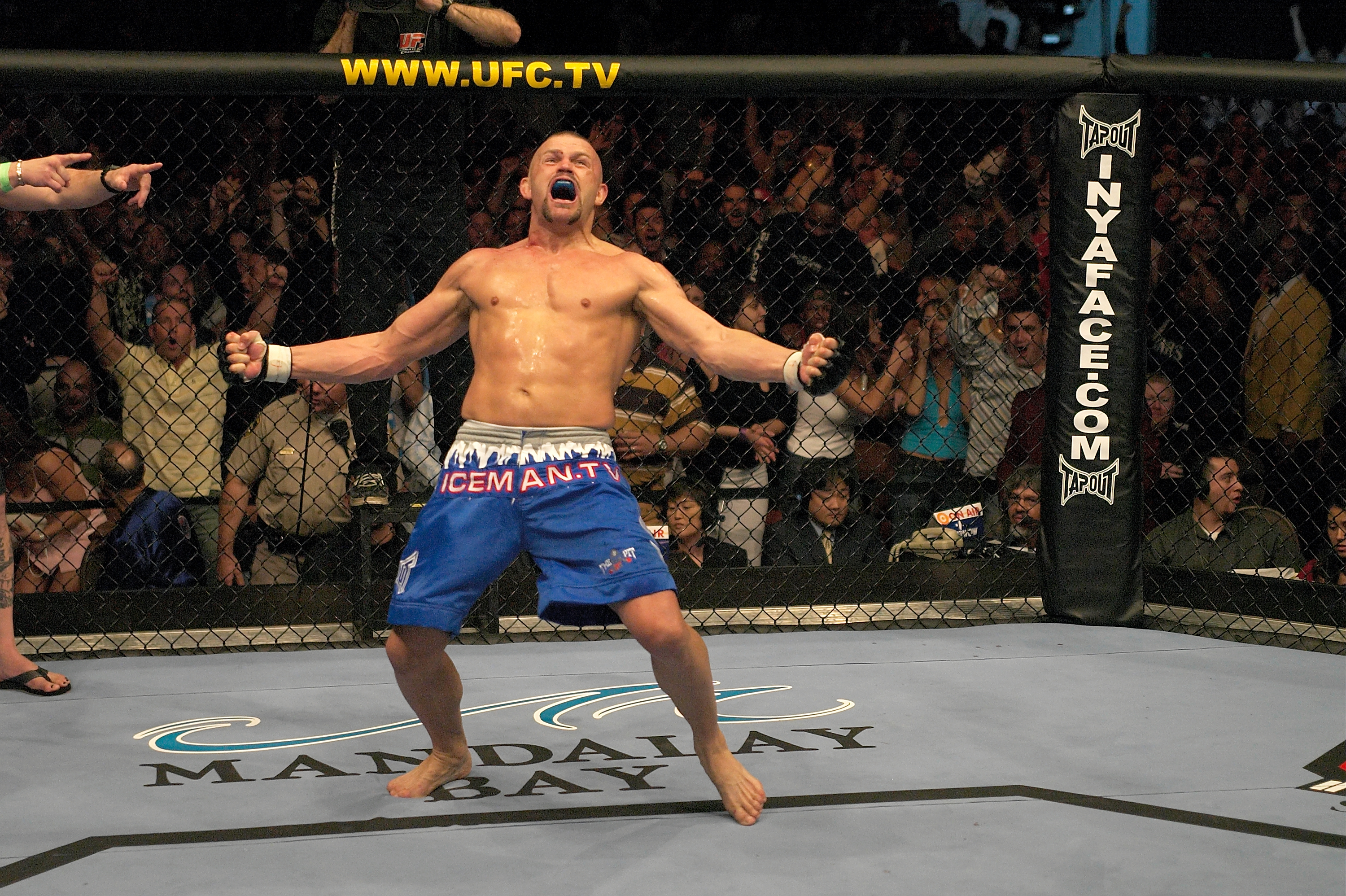 “Dana saw the guy the next day and he looked to be in so much pain Dana felt bad and gave the guy some money anyway.

“Part of him of him probably did it so we didn’t get sued.”

Liddell was the UFC's biggest star when White and the Ferttita's took over.

He would retire in 2010 off the back of three straight losses and a year after being inducted into the UFC's Hall of Fame.

To make sure his friend did not fight again, White offered Liddell a job as the UFC's Vice President of Business Development.

But when the Ferttita's sold the UFC in 2016 for $4.4b to entertainment company WME-IMG – now known as Endeavor – Liddell was made redundant.

As a result, in 2018 he made a comeback at the age of 48 – eight years after retiring – to fight Tito Ortiz for a third time.

Liddell was horribly knocked out in round one in a 'disgusting' fight White slammed Oscar De La Hoya for promoting.