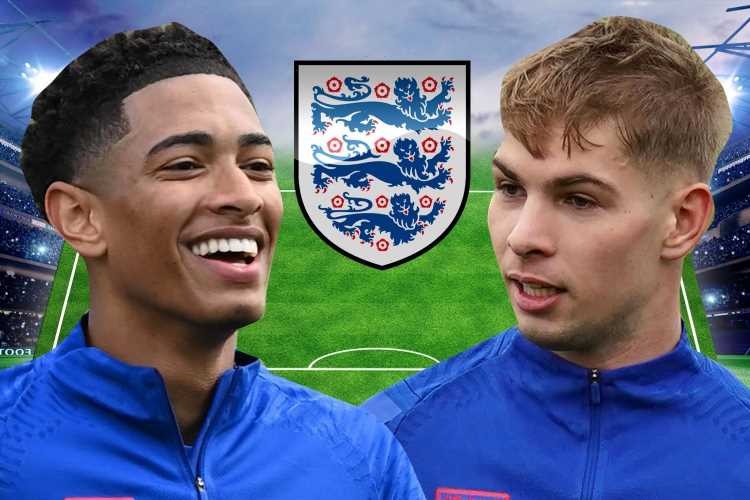 EMILE SMITH ROWE could make his senior England debut when the Three Lions face Albania at Wembley on Friday night.

The Arsenal youngster has enjoyed a sensational start to the season under Mikel Arteta, netting five times in 13 games and impressing with his influential performances. 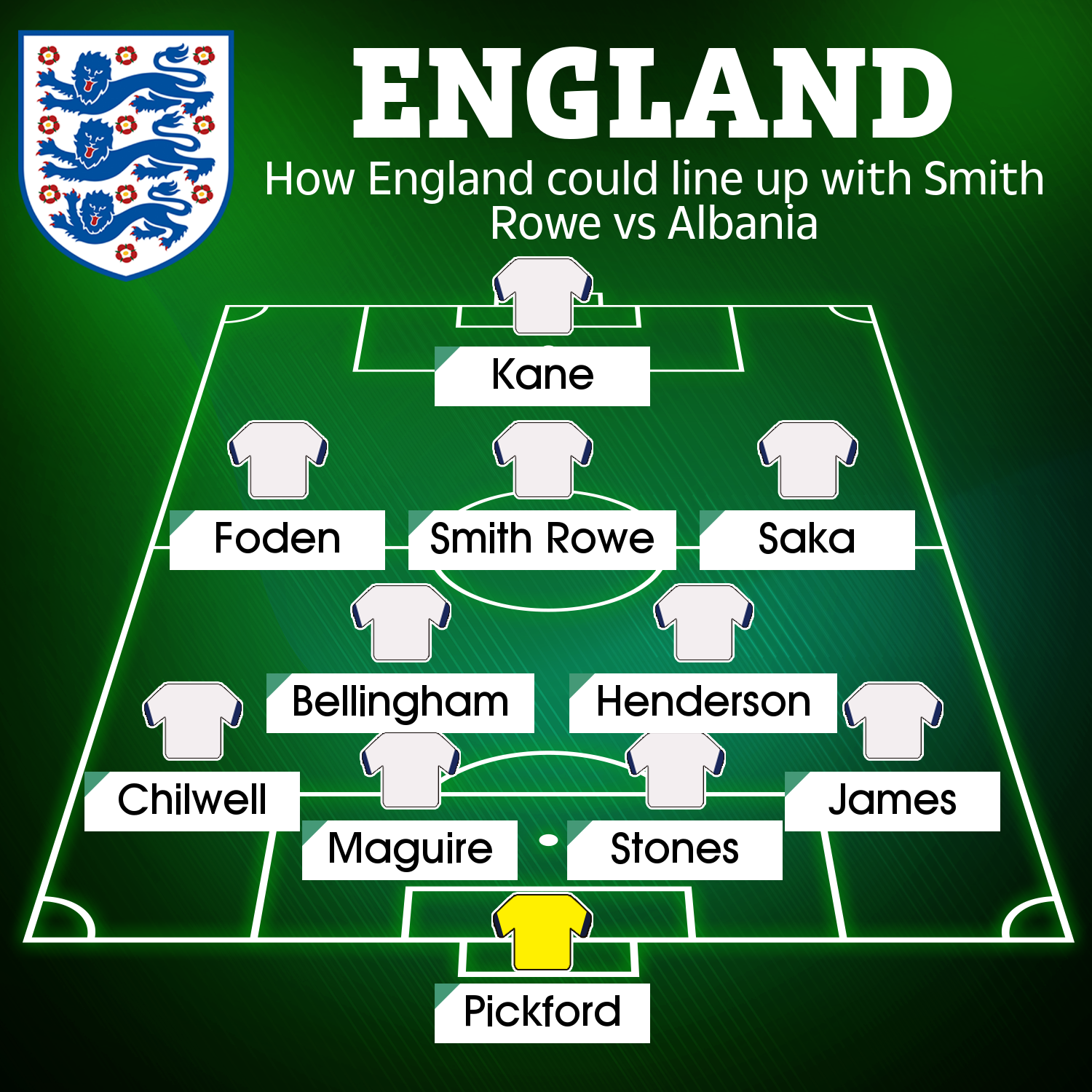 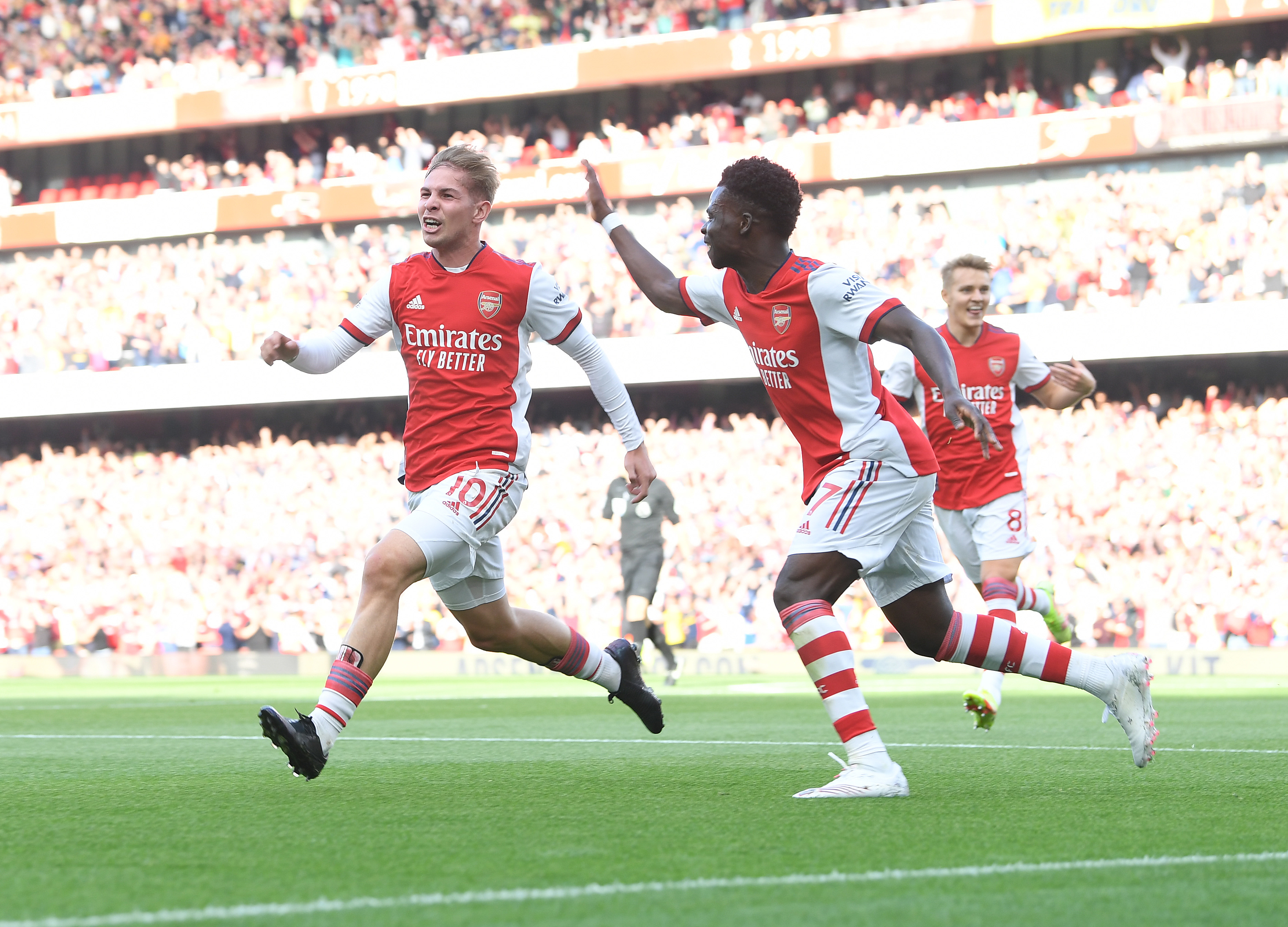 Those displays earned him a call-up to the England set-up following the withdrawals of Marcus Rashford and James Ward-Prowse.

Smith Rowe can play in a couple of different positions, either off the left or through the middle as a No10.

This means Gareth Southgate could opt to play him in a central role with Phil Foden and Gunners teammate Bukayo Saka providing the width and Harry Kane up front.

Or he may choose to go with the 21-year-old on the left and Saka on the other side of Kane.

In midfield, Declan Rice has already pulled out of the squad through injury and that could mean a place for Borussia Dortmund star Jude Bellingham.

The 18-year-old, widely regarded as one of the most promising players in Europe, has continued his steep rise in Germany this season. 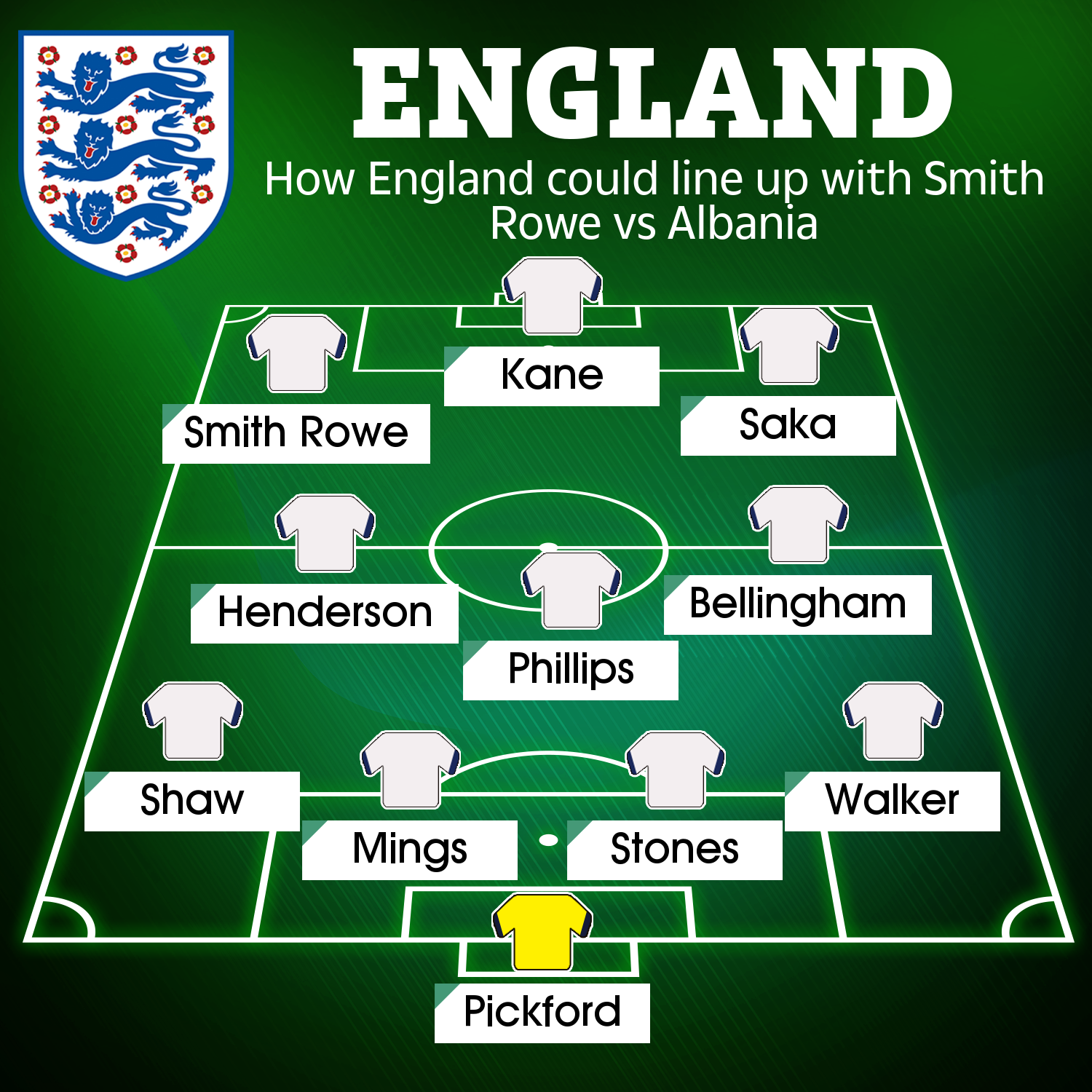 He could be joined by Liverpool captain Jordan Henderson, who may be preferred to Leeds man Kalvin Phillips as he has started the season stronger.

Jordan Pickford is expected to keep his place in between the sticks, but in front of him there are a number of defensive decisions for Southgate to make.

Luke Shaw was England's No1 left-back at Euro 2020 but he has suffered a major dip in form at the the start of Manchester United's 2021-22 campaign.

By contrast, Chelsea man Ben Chilwell did not feature in a single minute of the Three Lions' European Championship run despite being included in the final squad.

Yet he has started the season superbly under Thomas Tuchel, recently even adding goals to his game.

At centre-back, John Stones is expected to start but Southgate will need to decide whether to stick with the out-of-form Harry Maguire or bring in someone like Tyrone Mings or Conor Coady.

And at right-back the England boss' options remain vast, with Reece James, Kyle Walker and Trent Alexander-Arnold all vying for a starting place.

England face Albania on Friday before concluding their World Cup Qualifying campaign away at San Marino on Monday.

Southgate's side need just four points from the two games to guarantee their place in Qatar next year.