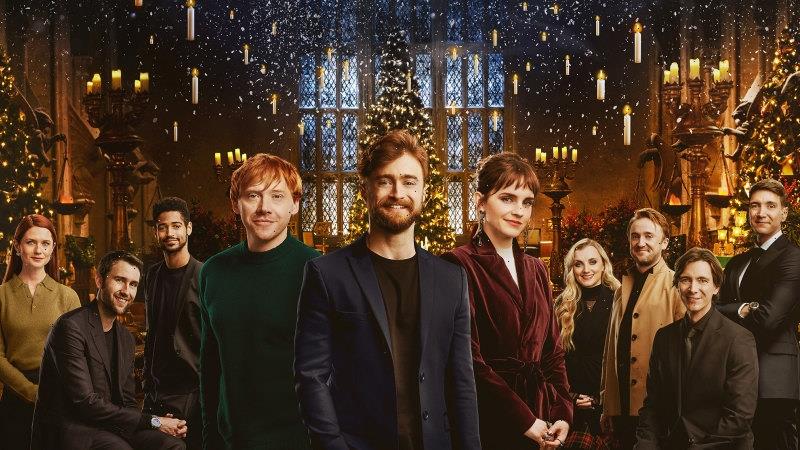 It’s a well-worn muggle joke – that every British actor will eventually get a part in the Harry Potter films. But 20 years after the first movie – marked last weekend by a reunion special – Britishness feels essential to the series’ multi-billion dollar success.

J.K. Rowling may have been largely absent from the reunion, but fans can thank her for maintaining the books’ integrity on the big screen.

Ahead of the first film – Harry Potter and the Philosopher’s Stone, released in November 2001 – fans of the books feared they wouldn’t recognise the version of Harry Potter seen on screen. But the author insisted on a Brits-only casting rule and valiantly saw off attempts to Americanise Harry Potter. Even the mighty Steven Spielberg dropped out, reportedly due to Rowling’s “steely grip over the movie”. 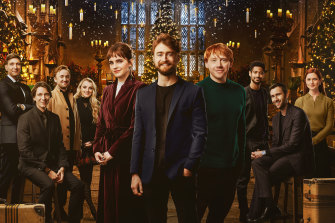 The first book was published in 1997, and the film offers soon poured in. It was producer David Heyman who pursued a film version most seriously and pitched the idea to Warner Bros. But Rowling was unsure. “I think it was around the time the second book was published,” the author said in a 2001 interview. “There was a flood of film and television offers and all sorts of adaptations were in the air and I said no to all of them. In fact, I initially said no to Warner Bros.”

Warner Bros – believing it to be a money issue – upped its offer to Rowling. But she wanted assurances that any sequels would follow her books – she feared a “Harry Does Las Vegas” style spin-off.

“I didn’t want to give them control over the rest of the story,” Rowling said in an interview with Jonathan Ross. “So, I said if they were prepared to guarantee that any sequels they made were going to be my sequels then we could talk.”

Rowling sold the film rights for a reported £1 million ($1.8 million). She was protective from the outset, admitting that she was “ready to hate” screenwriter Steve Kloves: “This was the man who was gonna butcher my baby.”

Kloves, however, thought Rowling was “the greatest asset”. She sat in on pre-production meetings and read every draft of the script.

Rowling later played down her creative control. “I have been open and blunt about what I would and wouldn’t like to see,” she told Entertainment Weekly. “Ultimately, the control is not mine. People don’t like it when a writer comes in and runs the show. That’s what they bought my book for: control.”

Others, however, insisted that Rowling wielded an impressive amount of influence over the film. “[Rowling] has more control than I think possibly most other people have ever had,” said her agent, Christopher Little, in a 2000 interview. 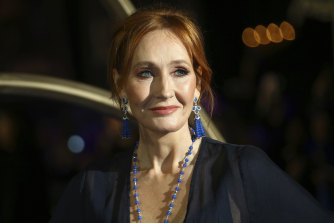 Rowling insisted that the cast was British or Irish and that the film was made in Britain. British film industry representatives flew out to the US for talks – to negotiate and ensure the film’s production here.

“Harry Potter is something that’s weirdly about us – it’s culturally British,” says Steve Norris, head of the British Film Commission. “The thought that it was going to be made anywhere but here sent shudders down everyone’s spine. It’s like taking Catcher in the Rye and trying to make it in Liverpool.”

Steven Spielberg – then still king of the blockbuster – was in discussion to direct. But there were rumours that Spielberg had spoken an unforgivable curse in his meetings with Rowling, Kloves, and Heyman: that he suggested a Pixar-style animation with Harry voiced by The Sixth Sense child star, Haley Joel Osment.

David Heyman insisted that the story wasn’t true, though rumours were persistent enough that Haley Joel Osment commented on playing Potter. “I would love to play Harry Potter,” Osment said. “You can put the word out, and I’ll start working on my accent!” 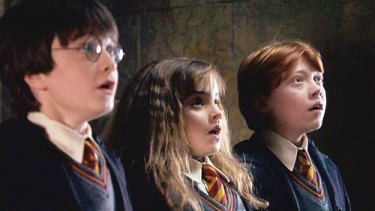 Harry, Hermione and Ron in the first Harry Potter film.Credit:Harry Potter and the Philosophers Stone

Spielberg decided to bow out of the project. “My directorial interests are taking me in another direction,” he said, diplomatically. Rowling denied that she’d seen off Spielberg. “Steven Spielberg did consider directing Philosopher’s Stone, but decided against it,” she wrote. “Anyone who thinks I could (or would) have ‘vetoed’ him needs their Quick-Quotes Quill serviced.”

A Warner Bros executive suggested there was a creative clash. “It wasn’t going to be his vision,” said the exec about Spielberg. “It would have to be a shared vision with the author… Spielberg has a more fanciful approach, and to be true to the book, he would have had to portray her vision, not his.”

Other directors were rumoured, and Chris Columbus ultimately signed up (he also directed the first sequel, The Chamber of Secrets). Columbus had a sort-of trial run: he had written the Spielberg-produced Young Sherlock Holmes, a boarding school-set adventure that now seems extremely Potter-esque.

Twenty years on, the intense furore around the casting of Harry Potter himself is sometimes forgotten – a kind of scrutiny usually reserved for a new James Bond. More American actors were linked to Harry, including Jake Lloyd who had already fallen foul of Star Wars fans as young Anakin Skywalker in The Phantom Menace.

Ten-year-old actor Liam Aiken – who later appeared in Lemony Snicket’s A Series of Unfortunate Events – seemed to be the frontrunner at one stage. Rumours about Liam Aiken were so convincing that Rowling called Chris Columbus to ensure that Aiken hadn’t been cast as Harry.

Columbus wanted Daniel Radcliffe for the role from the start, after seeing him in the BBC’s 1999 adaptation of David Copperfield. But Radcliffe’s parents were unsure at first.

After an appeal on BBC’s Newsround, they saw a whopping 40,000 kids. Casting director Susie Figgis reportedly quit over frustrations with Columbus and an American casting director coming onboard to extend the search stateside.

“I feel I have done my absolute best to find a child and during our search we’ve met some great kids,” Figgis told the Daily Mail. “Ultimately, it’s the director’s point of view and vision.” 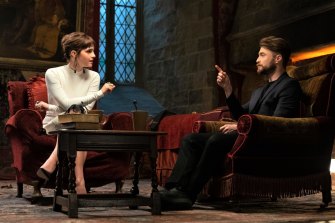 A source from the production wrote the story off as tabloid hysteria. “This will be a British Harry,” they told ABC News. “Not a single person in this film will be anything other than British.”

Columbus recalled his commitment to a British cast from the start. “Jo Rowling and myself said to each other when we first met, ‘Look, we want this cast to be 100 per cent British,’” Columbus said. “And by the way, I stuck to that.”

The “Brits only” rule was so steadfast that Columbus turned down major Hollywood stars. Robin Williams – a self-confessed Potter fan – called Columbus and lobbied to play Hagrid. Williams was refused. “There were a couple of parts I would have wanted to play, but there was a ban on American actors,” Williams told The New York Post. “Maybe one day. Say if [Harry] goes to Yale and becomes president.”

Williams later made a play for Professor Lupin in the third film, The Prisoner of Azkaban, but was once again denied. David Thewlis got the role instead.

Rowling got her first choice of actors for both Hagrid and Professor McGonagall – Robbie Coltrane and Maggie Smith. Rowling announced the casting at a book festival in Edinburgh. “They were the two I wanted most of all,” said Rowling. “And I am quite happy about that.”

Coltrane recalled that Rowling gave him little choice. “I got the part because Rowling always thought I should be Hagrid,” he said. “They phoned and said, ‘You’re playing Hagrid, and we’re having no arguments about it.‘”

Other British and Irish names were announced: Julie Walters as Mrs Weasley, Alan Rickman as Professor Snape, John Cleese as Nearly Headless Nick, and Richard Harris as Professor Dumbledore. (“They kept offering me the role,” said Harris. “And the more I turned them down, the more money they offered me.“) Rik Mayall was cast as Peeves the Poltergeist but was ultimately cut.

One American did get a role: the director’s daughter, Eleanor Columbus. But she was banned from talking. “She worked about 80 days,” Columbus said. “But she never spoke because you know the rule was if you’re not British, you can’t speak.” 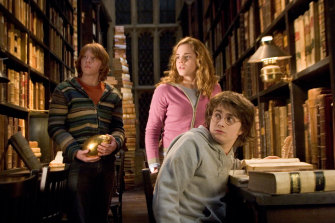 Rupert Grint, Emma Watson and Daniel Radcliffe in Harry Potter and the Goblet of Fire.Credit:AP

Zoë Wanamaker, playing Madam Hooch, may have been a little too British for her own good – she complained about her pay, describing the money as “terrible”. “Some actors signed three-film deals, but the money was so poor I was insulted so I just signed for one,” Wanamaker told The Telegraph. “If they want me for a second, they’ll have to up their rates.”

Wanamaker – who didn’t return – also complained that the actors wouldn’t receive royalties from spin-off merchandise, including a computer game for which the actors were “cyber-scanned”. By then Potter-mania had worked its magic as a major merch spinner.

But Rowling was reported to keep a tight grip on merchandise too – a precious custodian of the Potter brand. “Rowling now commands a 15-20 per cent royalty fee,” wrote the Financial Review. “More than double the industry standard.”

Deals were struck with Hasbro, Mattel, Electronic Arts, and Lego, but Rowling rejected a deal with McDonalds – she didn’t want to see Harry Potter put into a Happy Meal.

Tilda Swinton was rumoured to play Professor Trelawney, a role that went to Emma Thompson. Swinton later let her feelings known about boarding schools – including Hogwarts. “I think they are a very cruel setting in which to grow up and I don’t feel children benefit from that type of education,” Swinton, who boarded at West Heath Girls’ School, told The Scots Magazine. “Children need their parents. That’s why I dislike films like Harry Potter, which tend to romanticise such places.”

Ongoing panic over the Americanisation of Harry Potter focused on outrage over the change of name in the States, from Philosopher’s Stone to Sorcerer’s Stone – a dumbed down title for Americans who supposedly didn’t understand the word “philosopher”.

The Harry Potter films, however, remain impressively homegrown thanks to Rowling’s tough stance. “To keep it all British I think has been a hell of an achievement,” she told Jonathan Ross. “Because that’s not necessarily the way it would have gone.”