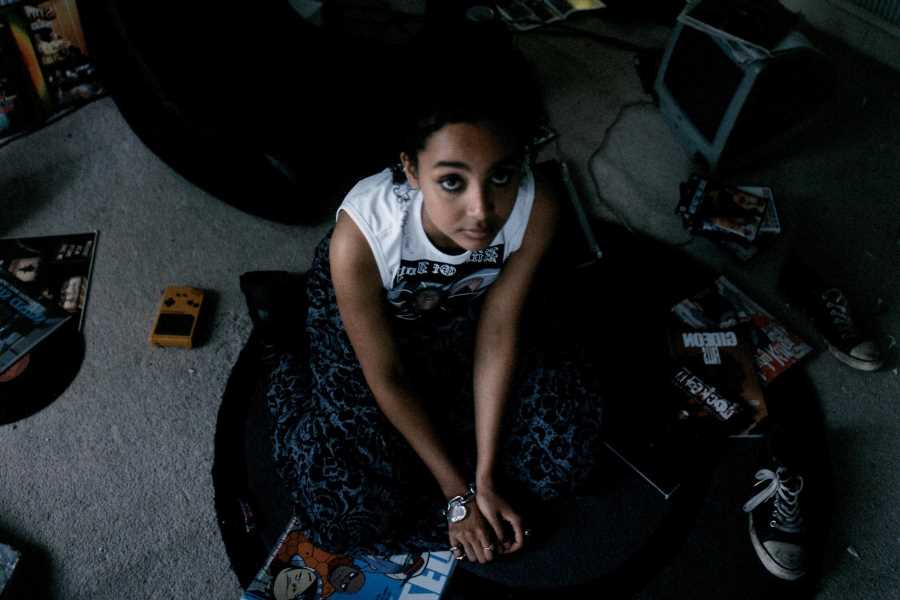 In late January, the 20-year-old musician PinkPantheress posted a grainy TikTok video at her home in South London. Set to her song “Pain,” the twelve-second clip was remarkable in its mundanity. She sits at her computer while obscuring her face with a block of text that reads: “day 11 of posting a song every day bc i have nothing else to do.” The video’s appeal came thanks to the aforementioned track, an extraordinary earworm that uses a pitched-down sampling of the U.K. Garage classic “Flowers,” by Sweet Female Attitude. PinkPantheress takes the source material’s euphoria and flips it inward, hushedly talk-singing about the vulnerability of pining over an unrequited crush. The song’s opening line: “It’s eight o’clock in the morning,” arrives like a melodic missile. The memes were only a matter of time.

And the First Streaming Service to Partner With TikTok Is…

'Silence of the Lambs': 'It Broke All the Rules'

The post blew up, quickly racking up 1.4 million views, with hundreds of thousands of other TikTok users adopting the song in their own videos. For PinkPantheress, who is still attending university in Britain, TikTok was an obvious destination for her music. She sees it as a space to grow an audience more organically than with traditional streaming platforms. “The thing that makes it hard to share music on things like SoundCloud or Spotify, initially, is that you need to be interested before you listen to the artist, you need to already know about the artist,” she explains. “Whereas on TikTok, you don’t need to know, you don’t even need to have followers.”

Following her viral success, PinkPantheress recorded an expanded version of the track and released it on streaming services. The song now has over forty-two million plays on Spotify. Last week, PinkPantheress released another track, “Just for me,” which gained similar viral traction on TikTok in the past few weeks. It’s a familiar story often used as an example of the app’s power as a tool for music discovery, but PinkPantheress’ approach speaks to a bigger shift than just TikTok. Her penchant for DIY beats that ride looped dance music samples matched with confessional, almost treacly rap-singing is a sonic style shared by a bevy of other young, internet-savvy, female musicians. Think of the syrupy-sweet delivery of Gen-Z rappers like Babyxsosa or Bktherula. If the early adopters of SoundCloud ushered in their own era of “SoundCloud rap,” these artists have tapped into something more platform-agnostic. It’s informed by and built on the open Internet, where nostalgia and lo-fi production techniques are inherent to experience. In the same way that young women took to Tumblr in the aughts, creating “alt” aesthetics —  Goddard film stills, American Apparel ads, and VSCO-filtered “soft grunge” photos — the young people behind this genre handpick their influences through the boundless expanse of the web, creating a collaged sound entirely of its own. Call it “Alt-Girl Rap.”

Queens-based musician Grace Ives, whose 2019 album 2nd garnered considerable buzz for its idiosyncratic 505 beats and paired-down talk-singing, marries the two seemingly disjunctive sounds to create a collection of tunes that are equal parts groovy as they are self-reflective. Ives’ music is filled with crunchy basslines and homespun syncopations, tapping into a DIY sonic quality that’s both charming and compelling. She remarked over Zoom that “it always sounds good to me, that ‘Do It Yourself’ beat. Also, I don’t know how to use programs like Ableton and Pro Tools where today’s producers are creating those kinds of heavy beats that we know.” She explains that her musical process aims to carve out a minimal, reduced sound. “What’s the bare minimum amount of words and melody that I need for the beat to be looping the whole time and for it not to become overwhelming and annoying? I think that I really pulled it back melodically and lyrically in 2nd. It’s totally inspired by rap and hip-hop where the hook is just three words.”

Like PinkPantheress, Ives’s lyrics are urgently present, tapping into a raw vulnerability that aligns with Gen-Z’s penchant for more emotionally intelligent creative expression. She waxes poetic on the anxieties of being a young person in an increasingly inhospitable world, voicing her thumb-twiddling unease at a social gathering in the track “Icing on the Cake.” “I just wanna go back home and be alone in my bed/I just wanna get it done so it don’t get to my head,” she sings. “Icing on the cake, icing on the ache just like he said/I just wanna go home.” Who among us hasn’t had to leave the function because of our own neurotic thought cycles?

The internet, of course, is fundamental to alt girl rap — not only is it necessary for content distribution but the genre’s very roots are entangled in technology’s ability to act as a hyper-accessible time machine. PinkPantheress and Grace Ives — who employ dated production technology and samples of U.K. garage and drum and bass — tap into a deeply nostalgic sound that conjures the height of Nineties U.K. culture, itself a moment defined by a celebratory hotbed of overlapping subcultures, from Jamaican dub to Detroit techno, acid house, reggae, hip-hop, and funk. There’s a special kind of freedom in the underground rave scene that is particularly appealing in our current moment: its emphasis on the dancefloor and the joyous liberation it fosters is appealing to young people who have come of age in an especially hellish and isolating era. The artists behind this new microgenre also mirror the musicians and DJs of that period: recontextualizing older sounds to meet a more modern, nuanced palette.

“We try to emulate party girl people,” says ClairClair, of the Atlanta pop-rap duo Coco&ClairClair. “It just kind of comes out in the music, because it’s the energy we crave and are constantly inspired by.”

The two musicians, who described their sound as “Glam Demon Rock” in a recent conversation, met on Twitter in high school, and make songs that blend pop, hip-hop, and techno with cutesy but vulnerable lyricism. “We’re women and we have feelings and we’re going to express them and we’re going to do it through our music because it’s our form of expressing ourselves,” Coco adds. “I like that people are being more vulnerable through their music and it’s being celebrated.” Songs like “Pop Star” or “Crushcrushcrush” are crystal-clear examples. Both deliver Tumblr-style confessions set to simple but infectiously danceable production. It’s an unabashed embrace of pleasure, where the artists’ enjoyment is palpable. It’s what’s at the core of the burgeoning genre: talented women making music for themselves, by themselves. “We’re both obsessed with pop music,” says ClairClair. “Our music is a total expression of our friendship. We met online, going out partying and dancing and sharing each other’s favorite music.”

“You can record anything from your bedroom or office and put it online directly onto streaming platforms and it’s changing [the] entire industry,” says Briana Cheng, an A&R representative at the indie label 4AD, where she’s signed boundary-pushing artists like Erika de Casier and HAWA. For what feels like the first time, female artists are in a space where they’re allowed to unapologetically explore music and push back on the strict margins of genre. This new crop of young artists isn’t afraid to make music that could be perceived as overly “girly” — an idea that once signified frivolity and a lack of “true” artistry. In a time when it feels like most of Gen-Z are deeply unbothered by the limitations of gender, one wonders what “girly” even means anymore. Cheng maintains that alt-girl rap now has a real seat at the table: “Alt-girl rap can be so many things. I think that the future of this genre can be whatever direction it chooses to go.”

PinkPantheress recently signed to the U.K. label Parlophone Records this past year, and Grace Ives has been working with the New York indie label Dots Per Inch Music. Coco&ClairClair are currently independent, and are beginning their fall tour in the states and will be performing throughout Europe this coming winter. And as the latest internet-born subgenre, alt-girl rap might very well be the sound of the moment. It’s confident, emotionally upfront music that differentiates itself from the glossy, overproduced tracks that dominate the charts. It embraces fluidity and the collaging of varied sonic inspirations. It’s also empowering young people to make and promote their music online.

“Don’t make music with hopes of pleasing absolutely everyone with what you want to make, because if I would’ve done that, then I don’t think anyone would be listening to me,” says PinkPantheress, near the end of our call. “If you don’t have Garageband [or production software], it’s not a big deal. Just get an instrument, record it on your phone, sing over it, record that on your phone. Music can be done in so many ways.” So, get to it.