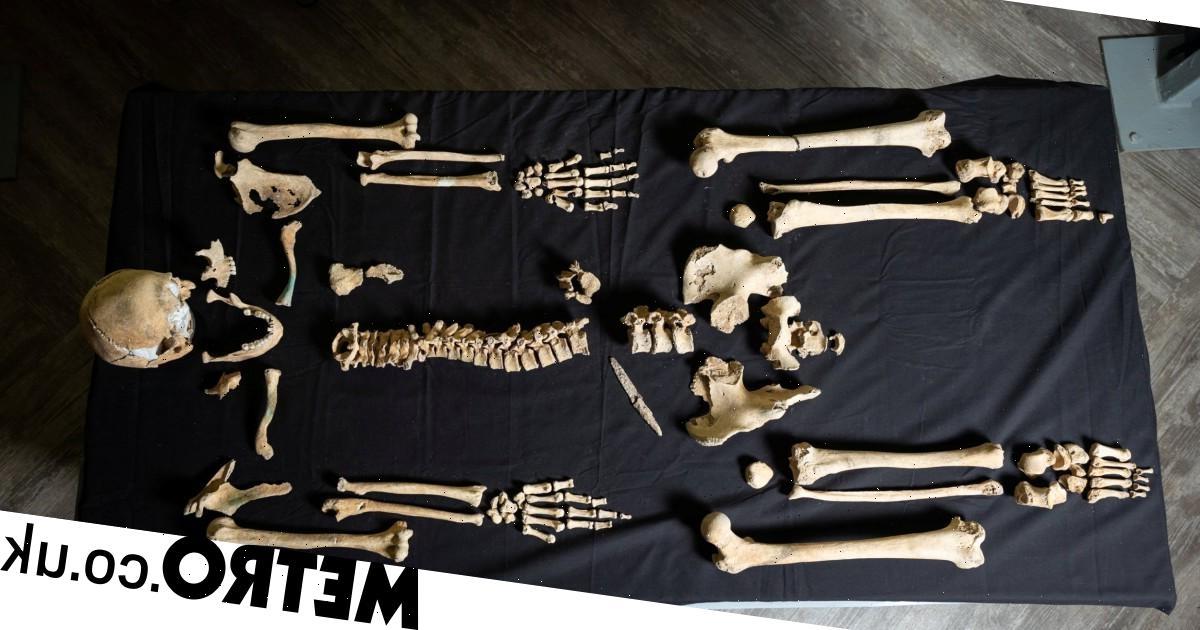 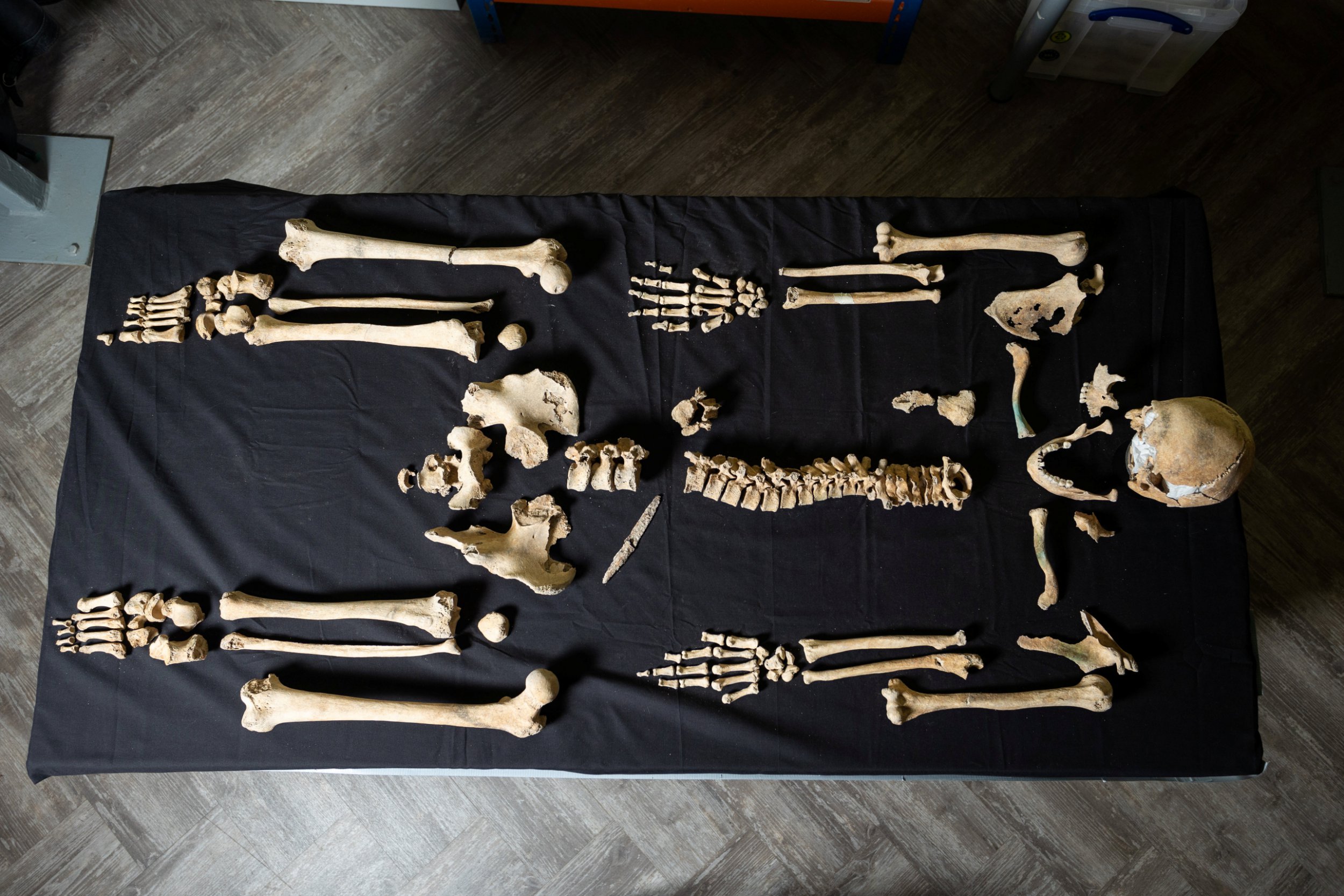 Archaeologists working on HS2 have discovered hundreds of items buried with wealthy Anglo Saxons – including eyeliner and ear wax removers.

Experts say a total of 141 burial sites which were rich in ‘grave goods’ were excavated in Wendover, Buckinghamshire.

They ranged from jewellery, swords, shields, beads and spears – all buried with the dead.

Also found were brooches, combs and even a cosmetic tube that could have contained a substance used as eyeliner or similar.

The site is one of the largest Anglo Saxon burial grounds ever uncovered in Britain.

The items, uncovered last year, date back to the fifth and sixth century – a period filled with gaps in historical and archaeological records.

They will therefore ‘contribute a significant amount to the understanding of how people in Anglo-Saxon Britain lived their lives’.

Experts say they will help analyse ‘what culture and society was actually like during the undocumented time era’.

The popular television presenter said: ‘This stunning set of discoveries on the HS2 route can tell us more about how our predecessors lived, fought and ultimately died.

‘It is one of the best and most revealing post Roman sites in the country.’

Almost three quarters of the graves contained unusually rare grave goods of high quality, which suggests the site was the final resting place of a wealthy Anglo-Saxon community.

‘Traditionally this period has been dismissed as a Dark Age. But archaeology has filled the gaps.

‘By studying the things our forebears have left in the ground, their glass, jewellery, weapons and even their bodies, we can build a rich picture of a dynamic and vital period of our history’.

The team of around 30 field archeologists from INFRA JV, working for HS2 and Fusion JV, also found evidence of Neolithic, Bronze Age, Iron Age and Roman activity – but it was the presence of the Anglo-Saxon burial ground that appeared the most significant.

Lead Archaeologist for HS2 Ltd, Mike Court, said: ‘As we near the end of our archaeology field work on Phase One of HS2, we are just at the beginning of our understanding of how the discoveries will improve our historical knowledge of Britain.

‘The archaeological finds made at this site in Wendover will not only be of interest to the local community but are of national importance, providing a valuable insight into life in Anglo-Saxon Britain.’

The site contained a total of 138 graves, with 141 inhumation burials and five cremation burials, and the items uncovered include over 2,000 beads, 89 brooches, 51 knives, 40 buckles, 15 spearheads and seven shield bosses.

A number of grooming items were also discovered, such as toiletry sets consisting of ear wax removers and toothpicks, tweezers, combs and even a cosmetic tube that could have contained a substance used as eyeliner or similar.

Archaeologists noted how the goods with each burial appeared to be tailored to each individual, which suggests the items would have held some significance to the deceased and the mourners at the graveside.

For example, one female was discovered with a vast array of goods – the quality of which suggest that she was of high-status amongst the buried population at the site.

The woman was buried with multiple silver and copper rings, items made from ivory and a complete ornate glass bowl made of pale green glass – thought to have been made at the turn of the fifth century.

Lead Archaeologist for Fusion JV, Dr Rachel Wood, said: ‘This significance of this site for our historical and archaeological understanding of Anglo-Saxon Britain is huge.

‘It is not a site I would ever have anticipated finding – to have found one of these burials would have been astonishing, so to have found so many is quite unbelievable’.

A programme of assessment and analysis will be carried out over the next few years which will provide more insight into the stories of the people buried at the site in Wendover.