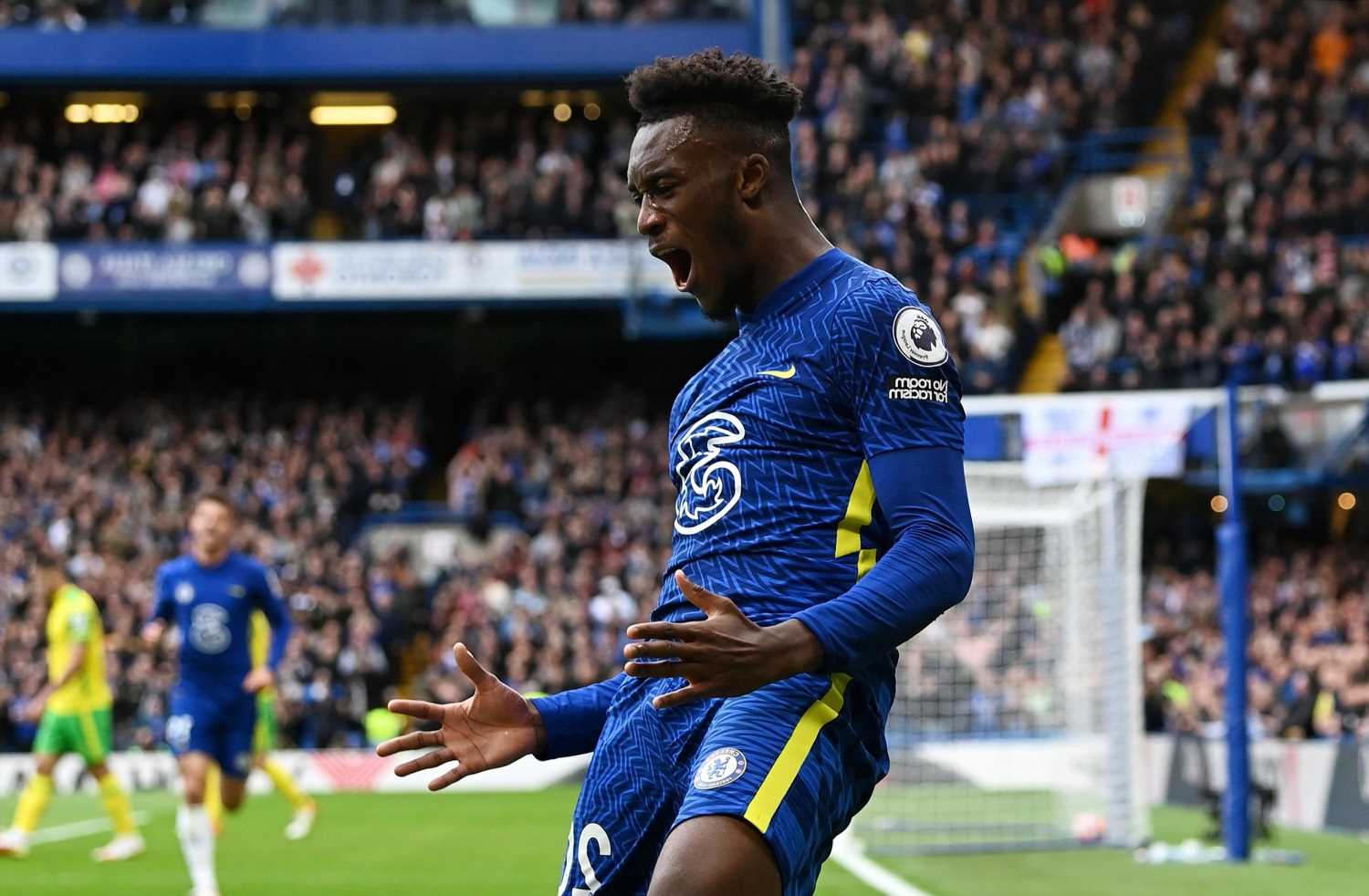 CALLUM HUDSON-ODOI stepped up with a goal against Norwich in the absence of Romelu Lukaku and Timo Werner.

Strike pair Lukaku and Werner both limped off in Chelsea's midweek 4-0 Champions League thrashing of Malmo.

And the the two sidelined for Norwich's visit to Stamford Bridge, it saw Hudson-Odoi, 20, and Kai Havertz, 22, start in replacement.

Mason Mount, 22, opened the scoring after ten minutes in style to break his goal drought, before his international team-mate doubled their lead.

A through ball by midfielder Mateo Kovacic, 27, slid through Hudson-Odoi, who cooly slotted past Norwich keeper Tim Krul, 33.

It is the winger's opening goal of the season after seven matches played and is sure to have sent a message to manager Thomas Tuchel.

It came after the German urged Hudson-Odoi and Havertz to seize the opportunity, with Lukaku, 28, and Werner, 25, out.

Tuchel said: "It’s a big opportunity, not a little bit of an opportunity.

"This is what they are waiting for. Now they have the responsibility, here we go. They have to show it. They have our trust, our support and it’s up to them."

Even before Hudson-Odoi's goal, Tuchel warned a good performance against Norwich would not be game-changing, instead calling for consistency over the whole season.

"He needs to prove it. He needs to play the next 250 games at the highest level and then we can say it was.

"It will be a turning point if he does not only have one good match, one good half, 60 good minutes but if he does it consistently."

Reece James, 21,then made it 3-0 just before half-time as he chipped past Krul after a smart ball through by Mount.