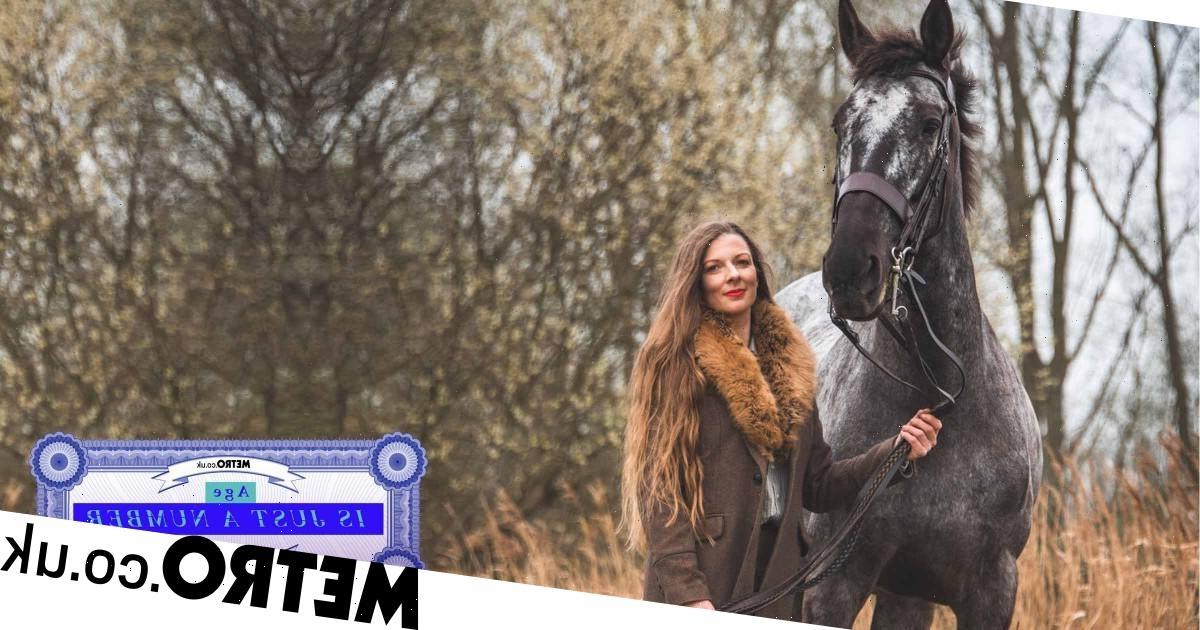 I couldn’t understand it.

It was 11pm on a Tuesday night and my mum’s phone was ringing. Assuming it was an emergency – because who calls at that time of night? – I ran up the stairs to ask Mum who it was.

After discovering it was my brother, and that it wasn’t urgent, I made the return trip down the stairs to the living room sofa, where I had been watching TV.

But as I got to the last three steps I lost my footing and fell.

Everything went black and when I opened my eyes again I was laying at the bottom of the stairs on the cat scratching post, surrounded by blood.

My lip was burning in pain, my heart was racing, and I had carpet burn down my chin and neck.

I called out to my mum in agony and she raced down and called an ambulance.

Mum helped me up but while we were waiting for paramedics to arrive I was violently sick in the downstairs toilet.

By the time the first responder arrived in a car about half an hour later I was too weak to stand up.

She took my blood sugar level and it was 15 which, they explained, was worryingly high – it’s meant to be around 5.

When the ambulance arrived, I was given oxygen – but my heart was still racing so they took me to hospital. 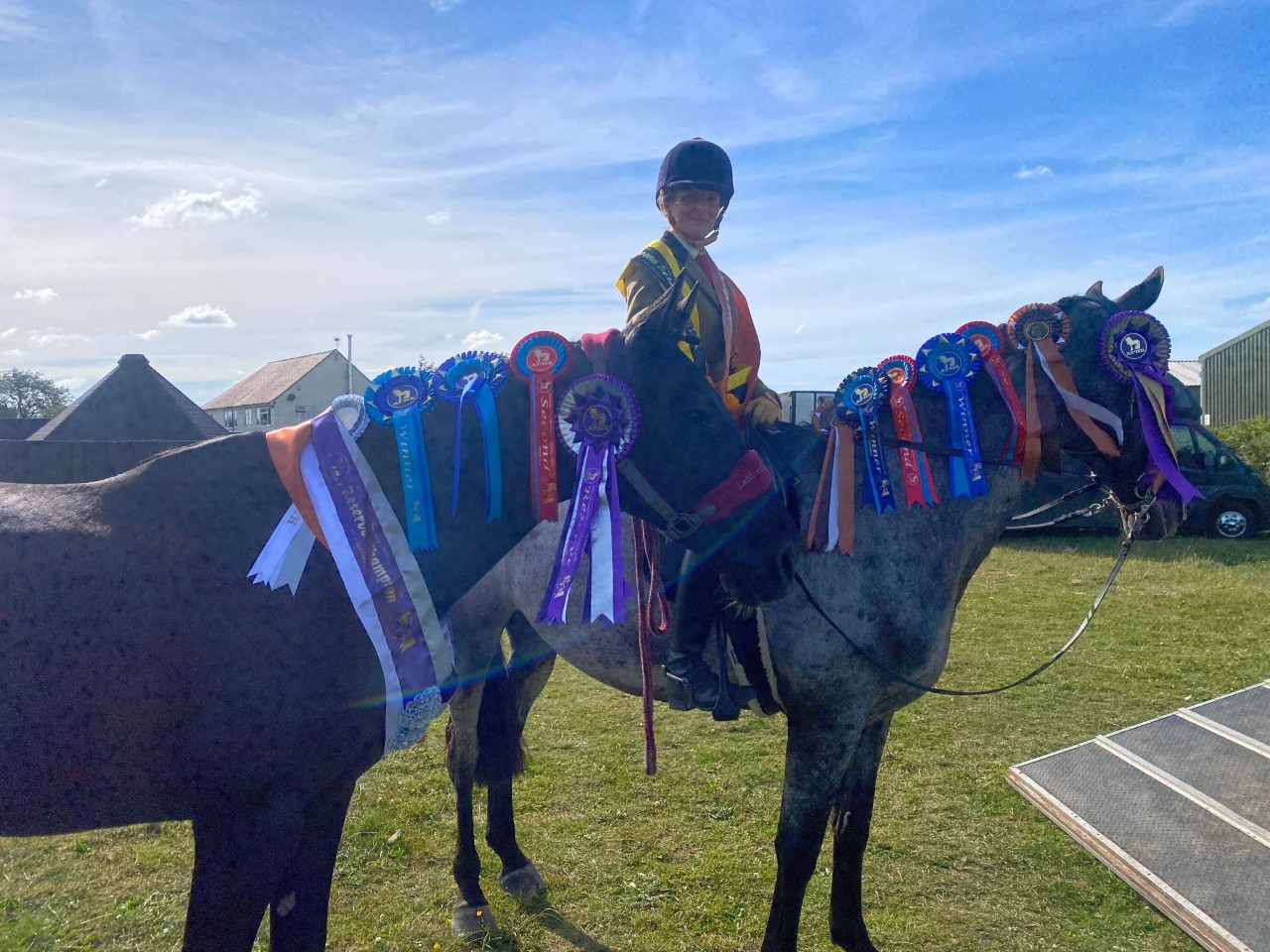 Mum came with me and the pain in my chest, stomach and body was like nothing I’ve ever felt before.

I writhed around in agony until I was given morphine and that’s the last thing I remember until I woke up in ICU at Medway Maritime Hospital a week later.

When I became conscious I was still on a lot of medication. I felt like I had a head but couldn’t feel the rest of my body. Emotionally I didn’t feel anything because I was still in and out of consciousness and it felt like I was in a dream.

Mum told me that I had suffered a cardiac arrest in the ambulance and had been taken into Resus (resuscitation) at the hospital.

There, I had suffered a further six cardiac arrests and a stroke.

Mum explained that I was also bleeding out of my hands and groin, where they were trying to insert cannulas, as well as out of my mouth and nose and had needed five units of blood to keep me alive.

I was in grave danger and my parents were told to prepare for the worst. I couldn’t get my head around it. I was only 19 and was fit and healthy – how could this have happened to me?

Miraculously, doctors managed to bring me back from the cardiac arrests and at one point I had 12 intravenous lines as well as a blood line and a ventilator.

The doctors had put me in a drug-induced coma to give my body the best chance of recovery and so when I woke up I couldn’t talk because of the ventilator tube in my throat.

To start with I was so drugged up on morphine that I didn’t know what was going on but as the medication was reduced it began to hit me how serious it was and I felt really shocked and overwhelmed.

When the ventilator was removed five days later I was taken to critical care and it was there, when a nurse helped me to the bathroom to wash the blood from my hair, that I looked in the mirror and saw the horrendous bruising covering my chest from my collar bone to my sternum from where I had been given so much CPR.

I broke down in tears, overcome with emotion as the realisation hit of how lucky I was to be alive.

A CT scan showed I’d had a pulmonary embolism, something that was rare for someone of my age and fitness. A pulmonary embolism is when blood clots form on the lungs and block a blood vessel. Because the clots were stopping the oxygen getting to my brain it caused a stroke.

When I left hospital two weeks later I had to learn to get up and down the stairs and I had to work hard to regain the lost muscle in my body from being in bed and not moving.

The stroke had also caused me to lose the peripheral vision in my right eye.

When I was discharged they still didn’t know what had caused the clots to form in the first place but I was put on Warfarin, which helps prevent blood clots, and referred to a specialist at UCL Hospital for tests.

My fall happened on 23 February 2010 and my life has changed beyond recognition since then. I had been working as a horse groom at the time doing a job that I loved. Now I was too physically weak to work and had to slowly build my strength back up.

It was subsequently discovered that I had a small hole in my heart, which is how the blood clots got into my lung, so in 2012 I had keyhole surgery to correct it.

In the time that followed I went for yearly blood tests to check for blood disorders and then in 2015 the Warfarin was changed to Rivaroxaban. Warfarin can cause osteoporosis, and with me being so young and having to take it for the rest of my life, that wasn’t ideal.

I also looked ill all the time, but after changing to Rivaroxaban (which works with the platelets to take the stickiness out of the blood to help prevent further blood clots) in August of this year, 12 years after my problems started, I’ve finally been discharged from UCL.

They concluded that the heart attacks were caused by the fact that, following a horse riding accident two months before my fall on the stairs, I was less mobile, which caused clots to form, and that being on the contraceptive pill didn’t help either.

Now I’m 32, and apart from the damage to my peripheral vision, which has improved slightly from when it first happened, my mobility is back to usual and I lead a normal life going to work as a shift manager in a restaurant and looking after my horses.

I’m also working with the charity Thrombosis UK to help raise awareness of the fact that pulmonary embolisms can affect you at any age.

People are always shocked when I say I had a stroke and seven cardiac arrests at just 19, but not a day goes by when I don’t feel lucky to be here!

I’ve been given a second chance at life and I’m determined to make the most of it.

As told to Rachel Tompkins